What might a traditional Kanjeevaram featuring forgotten motifs like peacock, rudraksh, and mythological figures inspired from temple art be doing at a store on buzzing Ledbury Road in London? Hyderabad-based designer Gaurang Shah has the answer.

At his newest outpost, which launched two weeks ago, there is a vast variety of Indian saris, all showcasing Shah’s experiments with the innovative blending of various weaving styles and techniques from across India. “The demand for Indian textiles, especially silk has gone up by 80 percent in recent times,” he says. And space affirms his commitment to making Indian fabrics a part of global haute couture.

Besides artsy Kanjeevarams, there are also Paithanis in soft pastels, and Benarasi style of the sari done anew by incorporating khadi, tusser, muga or kora cotton. You will find these among a rich repertoire of Khadi, Maheshwari, Chanderi, Patola, and his signature jamdani weaves.

A self-taught designer, Shah has been studying saris pretty much since childhood, when he would head to his father’s fabric store after school. The seven stores in India and several international fashion weeks over the last two decades that he has participated in are testament to how Shah approaches colours, textures, and motifs with the wonderment of a beginner. Jamdani blended with traditional weaving techniques of Srikakulam or Venkatgiri, the southern Uppada silk melded with the delicate Kota fabric, or Maharashtrian Paithanis featuring Mughal architecture motifs – there are unusual styles of pattern and motif, the complex textures resulting from the weave itself rather than elaborate embellishments. 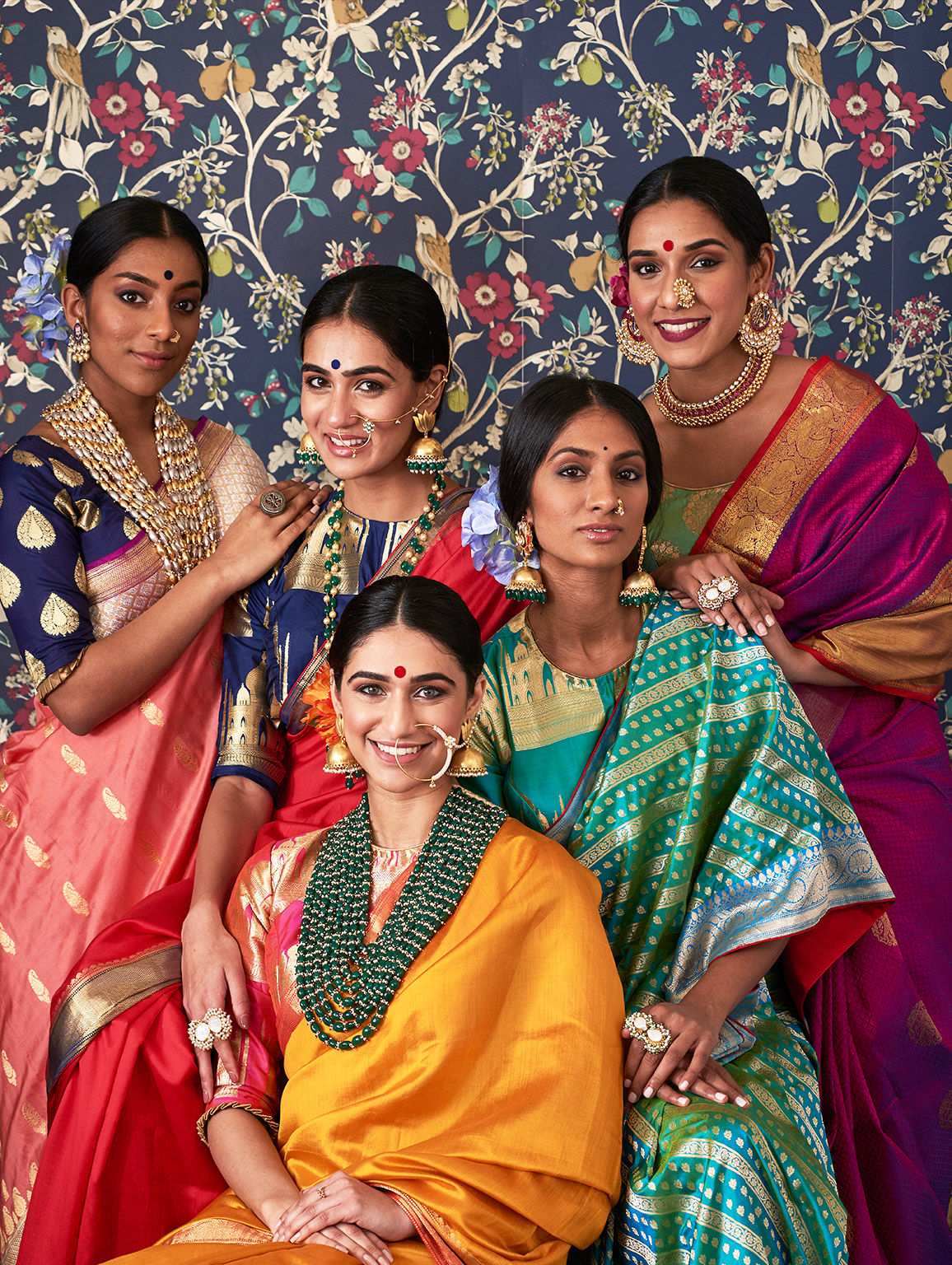 Shah believes in retaining the traditional essence of fabric while adding a new spin to its final translation. Traditionally known for their small borders, he reinvented the Paithani sari with bold 12- to 28-inch borders featuring intricate patterns. His ‘Tree of Life’ motifs has further popularised the Paithani.

“The subtlest change in yarn or number of threads or an elusive hint of a new colour can make a piece of fabric look different,” he says, and therein lies Shah’s inventiveness. Inspired by a deep interest in reviving the age-old craftsmanship of Jamdani – the intricately patterned sheer cotton fabric native to regions around Dhaka – he eventually got together a network of 800 artisans to work with him on it. 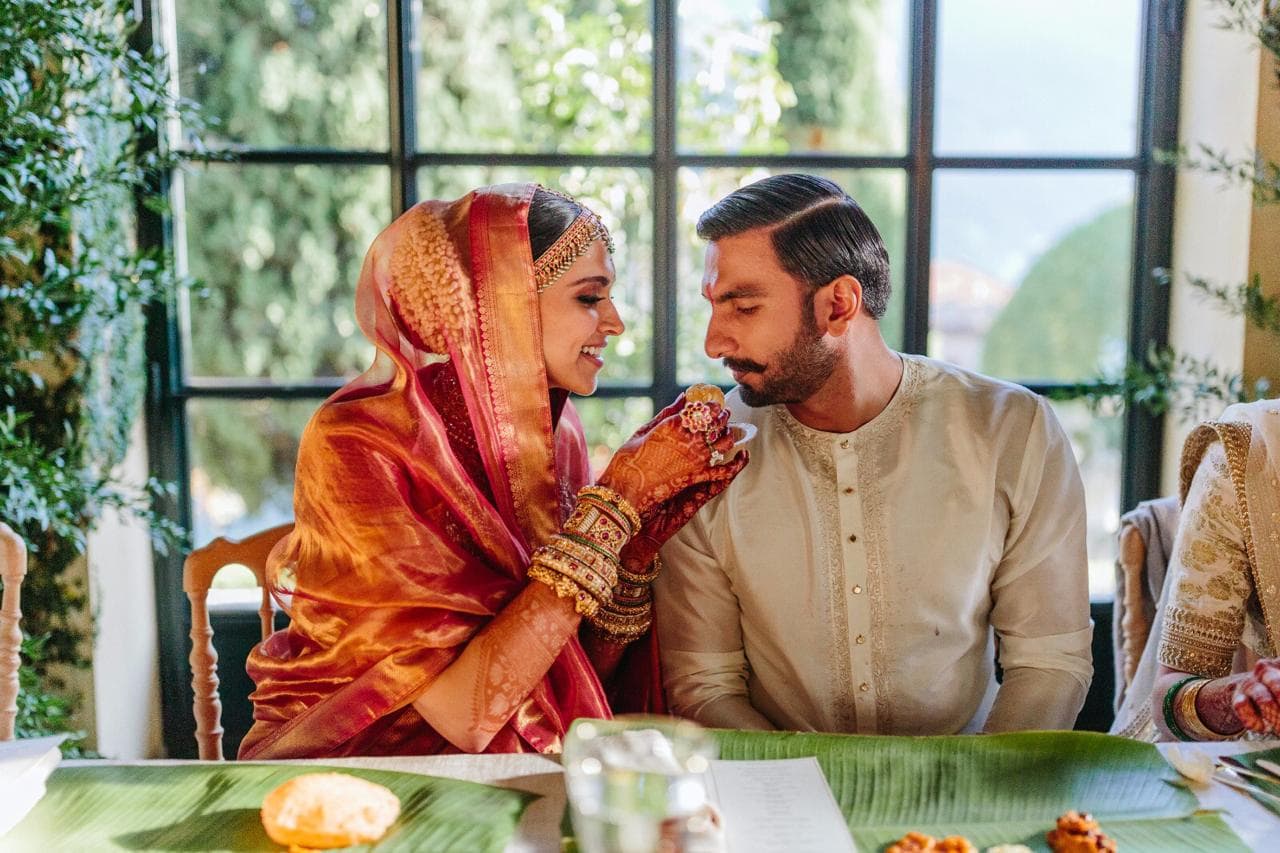 His newest obsession, though, is Raja Ravi Varma’s portraits. He is working on incorporating 30 of the veteran Indian artist’s works into Jamdani weave saris for three different collections. These will bring alive Varma’s renditions of Indian goddesses and women from the 19th century.

A return to roots has always been Shah’s mantra for Indian wedding wear and he advises brides this season to invest in heirloom saris in richly woven Indian fabrics. A silk border on sheer organza is both stylish and timeless, he says. He also recommends the Kanjeevarams in deep jewel tones, crafted with abundant gold zari, and filigree-like patterns on the border, pallu, and body of the sari woven separately but brought together seamlessly. “In the end, pick something that reflects your personality and also what you might think of as your heritage,” he suggests. And who better than Shah to prove this.

When she’s not conjuring up stories as a writer, journalist and freelance filmmaker Ramavat is a professional tarot card reader and reiki master.

Glam up by renting stellar dresses from these spots in Delhi