6 low-key, intimate Bollywood celeb weddings that gave us the feels

COVID’s two years have been a roller coaster for many, but the pandemic couldn’t dampen the spirits of these celebs who decided to tie the knot recently. Whether it’s the wedding ceremony of Farhan Akhtar-Shibani Dandekar, Vicky Kaushal-Katrina Kaif or Rajkummar Rao-Patralekhaa Paul — these intimate celebrity weddings gave us major feels.

The latest one to join the bandwagon is Farhan Akhtar and Shibani Dandekar. The couple dated for several years before getting hitched on February 19. The two exchanged vows in a private ceremony in Khandala at Javed Akhtar’s farmhouse that was attended by family and close ones. Their wedding date was initially confirmed by veteran writer Javed Akhtar, Farhan Akhtar’s father, and their ceremonies kickstarted on February 17.

Despite being low-key, the Akhtar-Dandekar wedding event was quite lit with Hrithik Roshan dancing and Javed Akhtar reciting his poetry. Unlike others, these love birds never shied away from flaunting their love for one another on social media and were often seen in each other’s Instagram posts.

Keeping their relationship under wraps for a good time, Katrina Kaif and Vicky Kaushal got married in an intimate affair on December 9, 2021. Their wedding took place at the Royal Hotel Six Senses Fort Barwara, Sawai Madhopur, in attendance with close friends and family.

The two later shared glimpses of their wedding festivities on Instagram, and needless to say, fans went gaga over the duo, especially the one where Katrina Kaif’s six sisters walked her down the aisle.

Weddings
Intimate weddings for 2020? 8 cool ideas on Instagram that work 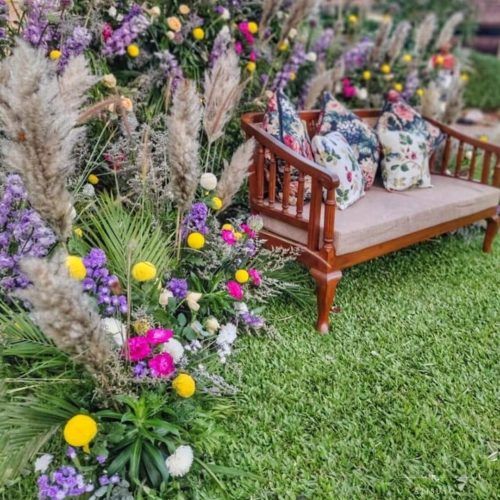 Rajkummar Rao tied the knot with his long-term girlfriend and actress Patralekhaa Paul on November 15 at Chandigarh’s The Oberoi Sukhvilas Spa Resort. Their traditional Hindu wedding pictures were all about mushy candid moments and warm hugs. The City Lights actors managed to keep their 11-year-long relationship from the media glare.

While breaking the news of his wedding, Rajkummar Rao wrote, “Finally after 11 years of love, romance, friendship and fun, I got married to my everything today, my soulmate, my best friend, my family. Today there is no greater happiness for me than being called your husband @patralekhaa… Here’s to forever… and beyond”

Yami Gautam and beau Aditya Gautam got hitched on June 4 in an intimate ceremony at the actress’s hometown in Himachal. The duo’s hill wedding was a cute affair with a presence of merely 20 people, where Gautam wore a traditional red Benarasi sari with nath and maang tika. Unlike other mainstream actresses, The Bhoot Police star was dressed by her sister Surilee Gautam who did her hair and helped her put together everything.

Yami Gautam took to her Instagram handle and shared the pictures of her wedding ceremonies — Haldi, Mehendi and more. The actress wrote, “With the blessings of our family, we have tied the knot in an intimate wedding ceremony today. Being very private people, we celebrated this joyous occasion with our immediate family.” 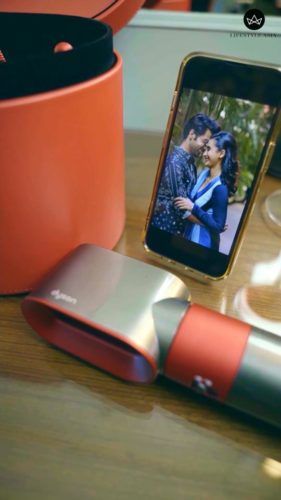 Another couple to seal the deal amid the COVID-19 pandemic was Dia Mirza and Vaibhav Rekhi. The Rehnaa Hai Terre Dil Mein actress tied the knot with her entrepreneur beau Vaibhav Rekhi on Feb 15, 2021. They had quite an interesting wedding affair with a female priest performing all the rituals. The event took place at Mirza’s residence in Mumbai and was attended by the couple’s close associates, including Mirza’s friend and actress Aditi Rao Hydari.

For the unversed, it’s the second marriage for both Dia Mirza and Vaibhav Rekhi. The couple has welcomed their newborn baby boy Avyaan Azaad Rekhi on May 14, this year.

Unlike her sister, actress Sonam Kapoor, filmmaker Rhea Kapoor got married in a rather low-key affair. She tied the knot with her boyfriend Karan Boolani after being in a relationship for 12 years. To complement her intimate wedding, Kapoor also dressed unconventionally. She adorned ivory coloured Anamika Khanna chanderi sari with bold eye makeup and traditional jewellery.