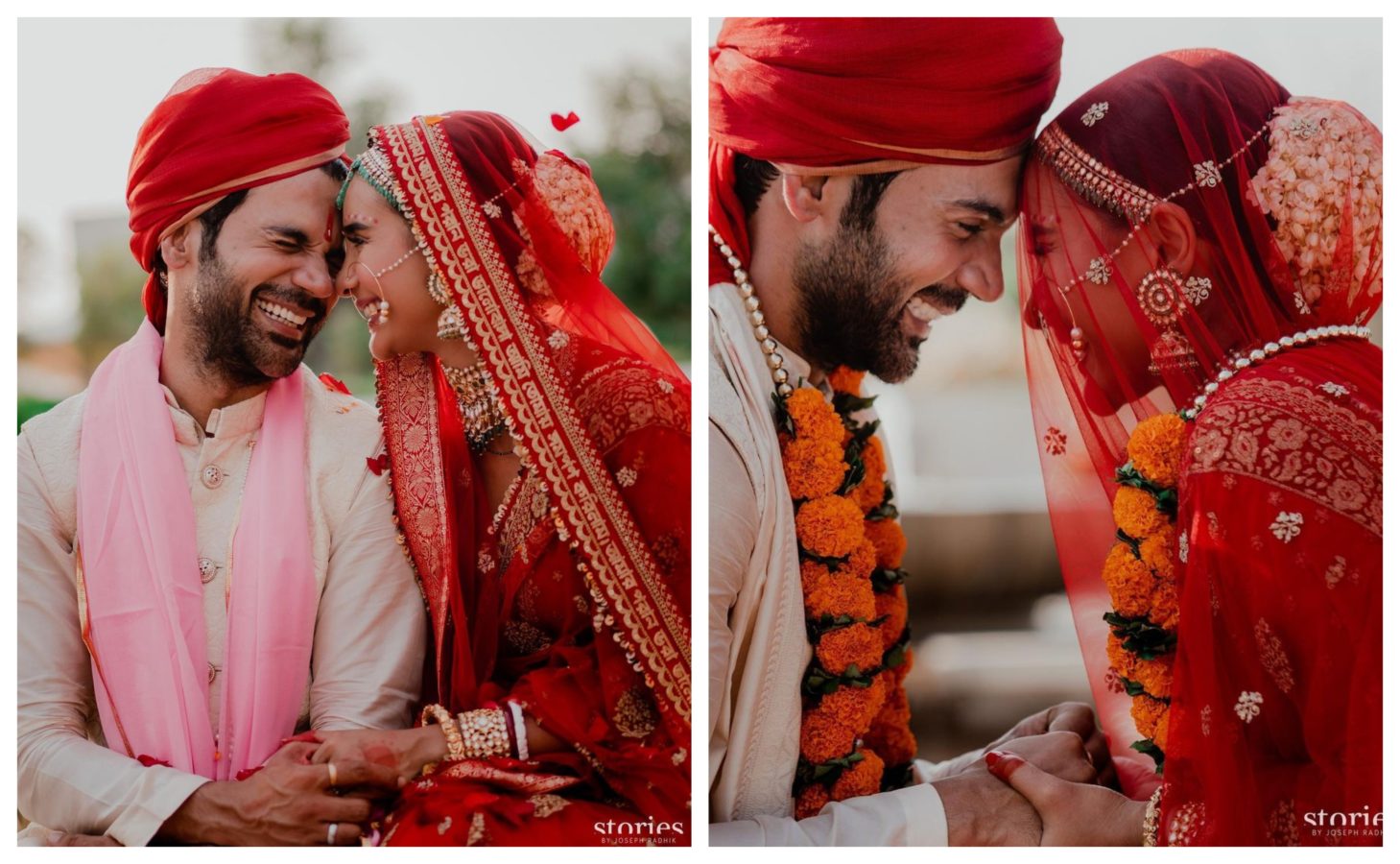 The gorgeous bride Patralekha Paul has found her Rajkummar (Rao), and they have started the journey towards forever! A viral video of the celebrity couple reveals a fairytale scene come alive that has the internet in awe and so do their wedding photos!

The now-married couple’s love story is sweet and intriguing. Patralekha had given us a gist of how they met and their first impressions with a Facebook post on Humans of Bombay. She first saw him in the movie LSD and had assumed that, in reality, he was the same as the character he played in the movie, a weird guy. Whereas for Rajkummar Rao, his first impression of Patralekha was way different than hers. The first time he saw her in an ad, he had already thought of marrying her one day.

Although, Patralekha’s perception of him changed later when they started working together and initially appeared together in the movie Citylights. In any case, they were one of the few celebrity couples rumoured to be getting married this month since they have been together for a long time. Rajkummar Rao’s and their fans’ longing for him to marry Patralekha has finally come true!

The beautiful couple’s engagement, a secret ceremony with a few close friends and family, took place on Saturday night, November 13. With getting married today, the duo’s engagement was no less than a fairytale. The ceremony rolled out at The Oberoi Sukhvilas Spa Resort in New Chandigarh, a gorgeous and exclusive property. It looked like the theme was white as you see the couple alongside a few celebrities and their other guests clad in white, all looking classy as ever. Rajkummar Rao wore a white kurta-churidaar with sneakers looking like a proper Rajkummar, while Patralekha enrobed a white off-shoulder gown, looking like a stunning princess.

True to this name, Rajkummar got down on one knee (Patralekha also joined him), and they both exchanged rings in this magical moment! As Ed Sheeran’s song Perfect played in the background, it looked like a scene from a movie or a storybook. In the video posted by Viral Bhayani, you can see both proposing to each other and then dancing to the tunes of Perfect. Can it get any more romantic than this?

After the weekend dreamy scenes, the loving couple got married today and look glowing as ever! They both look extremely happy and stunning in their respective attires, Rajkummar in a light coloured outfit with a pearl accessory and a Tiffany & Co. Classic Platinum Wedding Band while Patralekha was in all red and some gorgeous fitting jewellery.

They both were a Sabyasachi Bride and Groom. Their outfits from the great works of renowned Sabyasachi looked absolutely breathtaking. Patralekha wore a red tulle embroidered Buti sari paired with an embroidered veil, and Rajkumar wore a raw silk ivory jacket, Banglore silk kurta and churidar. Even their jewellery was from Sabyasachi, completing their looks flawlessly.  Congratulations to this beautiful couple on this extremely auspicious and wholesome day!