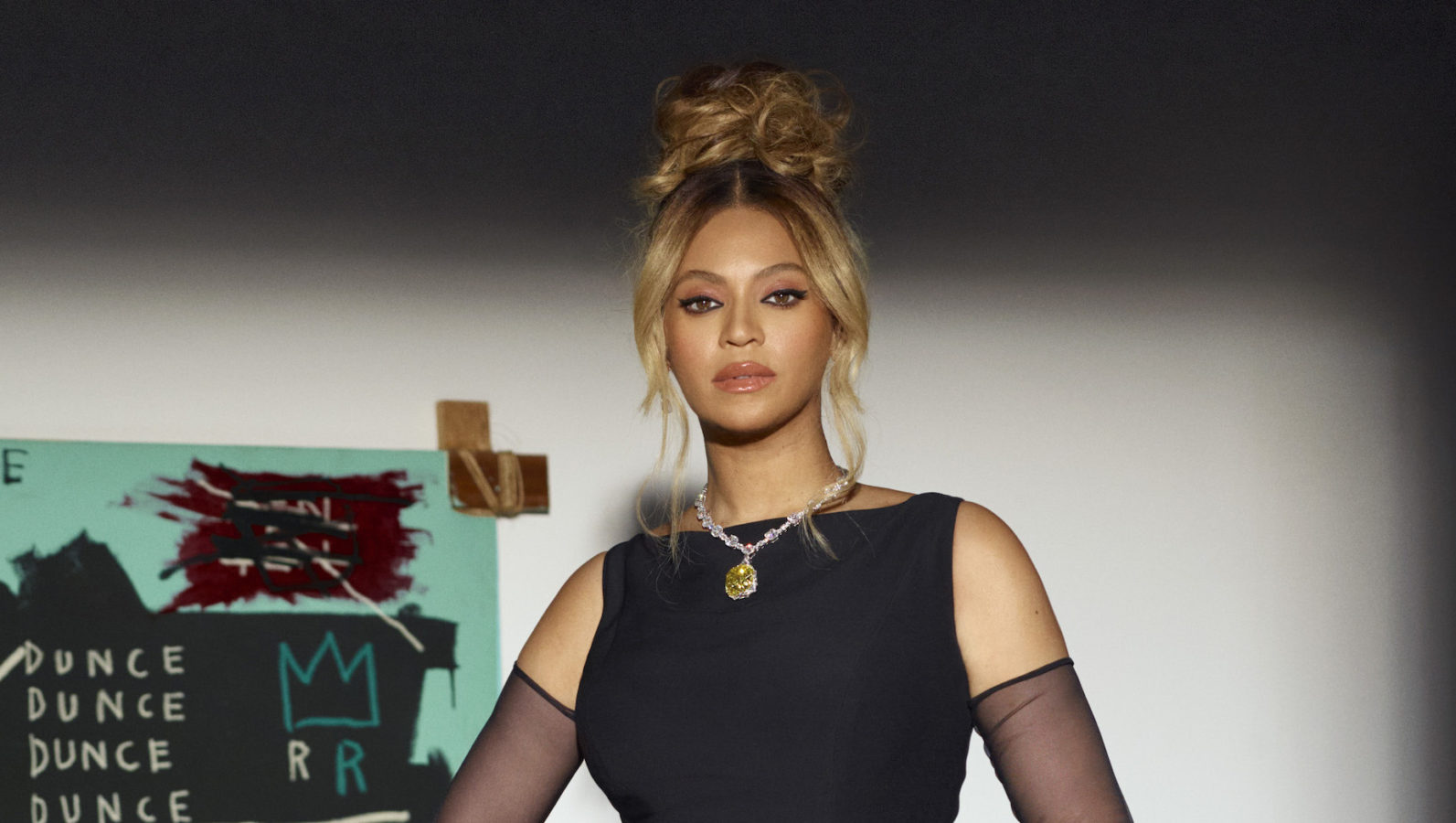 It’s official: Beyoncé and Jay-Z are the new faces of Tiffany & Co.

The American luxury jewellery brand has unveiled its latest campaign, About Love, starring the Grammy Award-winning couple. It marks the first time that the Carters have fronted a campaign together, as well as their first major project since the 2018 release of their joint album, Everything Is Love.

Aptly enough, the new Tiffany & Co. campaign starring Beyoncé and Jay-Z is a celebration of modern love. Shot by Mason Poole and created in collaboration with the musicians themselves, About Love explores the themes of connection and vulnerability while taking inspiration from the Carters’ own longstanding relationship.

In the images, the couple is seen wearing iconic designs by the New York jeweller, including pieces from the Jean Schlumberger and the Tiffany T collections. But the highlight is unmistakably the Tiffany Diamond that is worn by Beyoncé. Weighing 128.54 carats, the gemstone is one of the largest and finest fancy yellow diamonds in the world.

After being unearthed in the Kimberley mines of South Africa, the historic Tiffany Diamond was acquired by founder Charles Lewis Tiffany in 1878. It was later brought to Paris, where it was cut into a cushion-shape brilliant with an unprecedented 82 facets.

It has since remained one of the most important pieces in Tiffany & Co.’s collection, making a few appearances outside of its vault: Audrey Hepburn famously wore it for the 1961 film, Breakfast at Tiffany’s, and Lady Gaga would grace the 2019 Oscars red carpet with a necklace featuring the legendary gem. This is the first time that the Tiffany Diamond has been used in a campaign, making Beyoncé the fourth person in the world ever to wear it.

There’s another, the lesser-known icon to be found in About Love: the painting “Equals Pi” by Jean-Michel Basquiat, which has not been shown publicly since it was created by the New York artist in 1982 and acquired by a private collection. It holds a special connection to the Carters: Jay-Z, who has frequently name-dropped the artist in his raps, famously bought a Basquiat painting titled “Mecca” for US $4.5 million (S$6.1 million) in 2013.

“Beyoncé and Jay-Z are the epitomai of the modern love story,” shared Alexandre Arnault, the LVMH heir who was appointed as executive vice-president of Tiffany & Co. after his father’s luxury conglomerate acquired the jewellery brand in January.

“As a brand that has always stood for love, strength and self-expression, we could not think of a more iconic couple that better represents Tiffany’s values,” said Arnault. “We are honoured to have the Carters as a part of the Tiffany family.”

Beyoncé and Jay-Z join a roster of new Tiffany & Co. ambassadors, including Anya Taylor-Joy and Rosé from the K-Pop group, Blackpink. Under the direction of Arnault, the heritage jewellery brand, which was founded in 1837, has been ushering in a new era meant to target a younger and wider audience.

Having the Carters on board will certainly do that. Their new roles also come not long after Jay-Z sold half of his Armand de Brignac champagne brand to LVMH, elevating him to the status of hip-hop’s first billionaire with a fortune of $1.4 billion (S$1.9 billion).

As part of their partnership with Tiffany & Co., the power couple will star in a film shot by acclaimed director Emmanuel Adjei. It will feature Beyoncé’s cover of the Breakfast at Tiffany’s song, “Moon River”, alongside visuals of the Orum House in Los Angeles, as captured on a Super 8 camera by Jay-Z.

The film will launch on Tiffany & Co.’s website on 15 September and will be followed by additional films by director Dikayl Rimmasch and Derek Milton. Stay tuned to see more.

Beyonce Jean-Michel Basquiat The Tiffany Diamond Jay-Z Tiffany&Co.
Pameyla Cambe
Pameyla Cambe is a fashion and jewellery writer who believes that style and substance shouldn’t be mutually exclusive. She makes sense of the world through Gothic novels, horror films and music. Lots of music.
Style

The most Googled royal engagement rings of all time