Home > What's On > News > Is Joshimath really sinking? Here’s all you need to know about it

Is Joshimath really sinking? Here’s all you need to know about it

Joshimath has been making headlines lately because of a disastrous geological phenomenon – land subsidence. In simpler words, the town is sinking. The hub which used to be a thrilling gateway for treks and other activities is gradually becoming the sinking city of Uttarakhand. Here’s why.

For decades, Joshimath has been serving as the only path to the sacred town of Badrinath. The distance between Badrinath and Joshimath is about 46 kilometres and several pilgrims would prefer to spend a day or a night there before heading towards Badrinath for spiritual visits. Just like every year, this year also, the pilgrims would be awaiting the Badrinath Yatra which is expected to begin in May 2023. But now, with the Badrinath National Highway in the grasp of a landslide and various areas of Joshimath marked as danger zones, the question arises if the route to the temple town of Uttarakhand would even be safe to pass through. 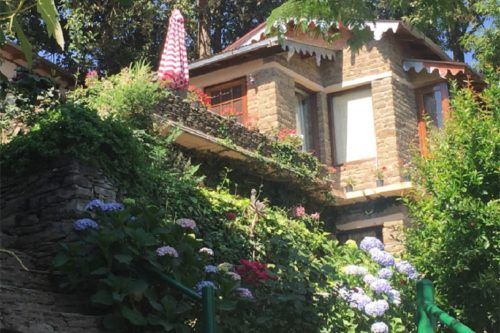 Will it be safe to go for Badrinath Yatra this year?

Many roads and houses have developed cracks and drainages are collapsing. Despite this, the government has assured that the Badrinath Yatra will not get disrupted and it shall take place as per the plans. Currently, pilgrims are directed to go along a one-way road plan to travel from and to Badrinath. However, officials are projecting a by-pass road to Badrinath under the all-weather Char Dham road project which outsets from Helang, 9 kilometres ahead of Joshimath and ends at Marwadi road. But the construction there has been stopped followed by severe protests in Joshimath. Because of the same reason, the road might not be completed by the first week of May, when the Yatra normally begins. Unless a final official announcement is been made regarding the Yatra, the question of a safe visit shall remain uncertain.

Looking at the current position of Joshimath and the rising number of ‘danger zone’ areas in the town, officials are left with a minimum of three months to resolve this or to come up with an alternative. Up till now, around 850 houses including hotels and roads have developed several cracks. The enormous boost in the number of people in recent years has had a great impact on the local authorities. More tourists are followed by more vehicles, adding to the additional burden on the landscape. This is why, today, the city is paying a heavy price for it, leading to thousands of people having to abandon their homes and several others with no other place to live anymore.

Question: What is happening in Joshimath?

Answer: The town is going through a terrible time at present. Joshimath has been lately making headlines because of a disastrous geological phenomenon - land subsidence. In simpler words, the town is sinking. Up till now, around 850 houses including hotels and roads have developed cracks and drainage systems are getting collapsed.

Question: Is it safe to visit Badrinath?

Answer: Looking at the current scenario of Joshimath along with the Badrinath Highway in the grasp of a landslide and the shutdown of the construction of a by-pass road to reach Badrinath due to severe protests by locals, it shall be uncertain to rightly say if it will be safe to visit Badrinath at present unless a final official announcement is been made.

Question: Why is Joshimath sinking?

Answer: Joshimath is sinking because of a disastrous geological phenomenon - land subsidence. Due to this, the Earth's surface gradually starts sinking. This is why the houses, roads, and hotels in the city are gradually sinking, temples are getting demolished and pipelines are collapsing.

Question: Why is Badrinath famous?

Answer: The Badrinath temple is majorly famous because of its prestigious reputation of existing as one of the most significant pilgrimage sites in India. It is counted among the four sacred places, devotedly visited and worshipped by Hindus.

Question: Which is the best month to visit Badrinath?

Answer: Commonly, the best time to visit Badrinath is the period from May to October. During this time only, thousands of pilgrims gather in this religious town of Uttarakhand for the 'Badrinath Yatra.'

With a well-built background in English Honours and Mass Communication, Shrestha is a writer who holds a fair experience in understanding and creating content in terms of writing. Previously, her professional exposure counted working with Curly Tales as a content writer. Besides the routine designation, she's a photographer and an artist by passion, a trained singer by heart and of course an independent writer by an incomparable zeal. The interesting disclaimer is, she’s always on the run for her comical laugh and hilarious escaping excuses.

All you need to know about the Panthere de Cartier brooch