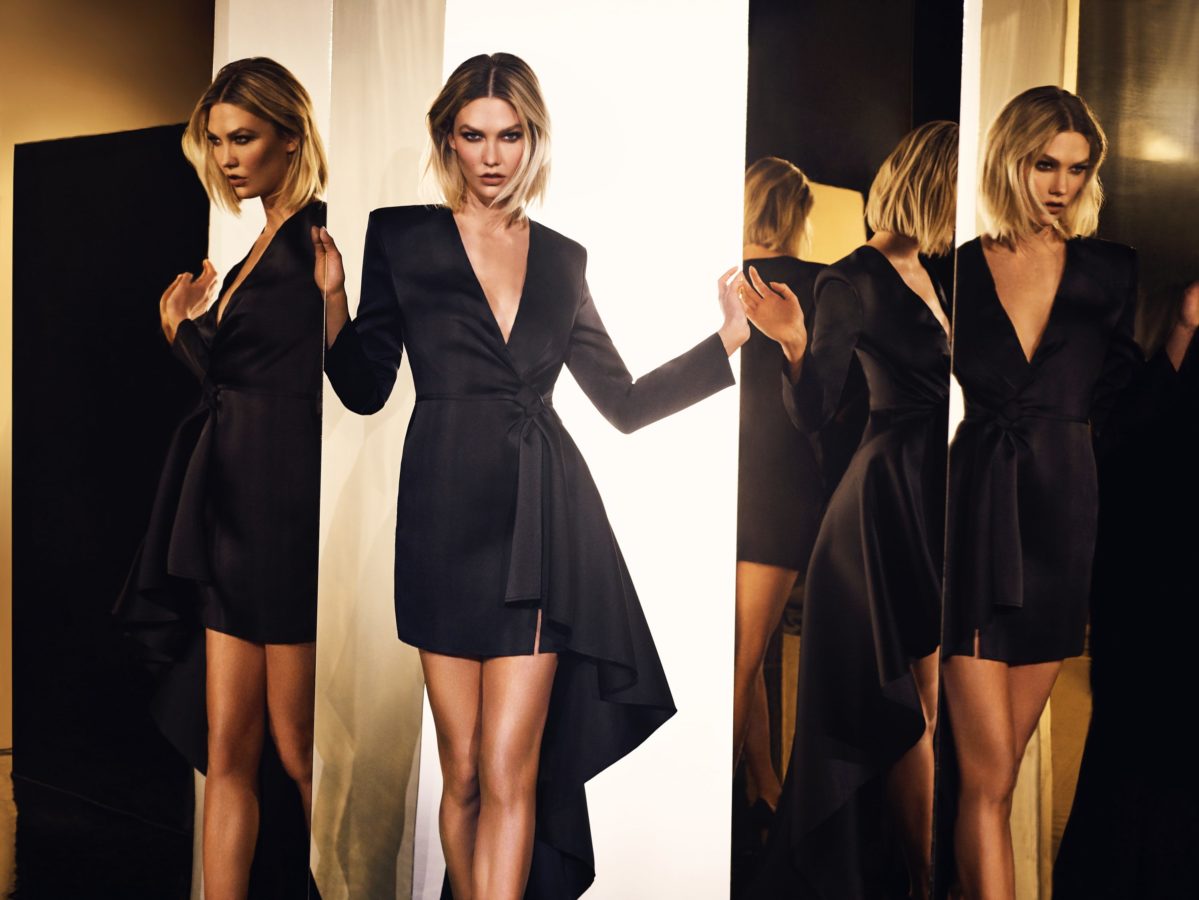 Is being a good girl all that great? We find out in this conversation between Carolina Herrera and Karlie Kloss.

Four years ago, Carolina Herrera launched the Good Girl perfume, a daring and audacious fragrance for good girls who love celebrating their bad side. The jasmine and tuberose with roasted tonka beans scent were encased in a gorgeous flacon designed like a stiletto pump, further solidifying the fact that with the right pair of shoes, a girl can conquer the world. Fast forward to 2020 and we’ve seen numerous iterations of the original Good Girl perfume, a testament to its popularity worldwide.

Today, the brand is introducing a new addition to the Good Girl family: the Carolina Herrera Good Girl Supreme eau de parfum. With the same signature notes as the original fragrance, this irresistible new scent aims to enhance the rebellious side of the good girl with a heightened contrast in additional notes. We see the addition of berries and even more tonka beans to blend with the delicate bouquet of Egyptian jasmine. With all those combined, you get a modern and seductive twist to the original Good Girl.

Of course, the flacon stands out too. Taking on the signature stiletto pump design, it’s been upgraded with a gradation of black and glitter with a sparkling gold heel. High heels have always been a signature accessory in power dressing. “They can behave as amulets,” said Carolina Herrera herself.  “I subscribe to Bette Midler’s quote; I think that if you give a
girl the right shoes, she will conquer the world.”

In conjunction with the launch of Carolina Herrera’s Good Girl Supreme, the founder herself and Karlie Kloss, the constant face of the Good Girl perfumes sat down to have a little chat on what it means to tap into the good girl’s rebellious side, as well as their female role models growing up. 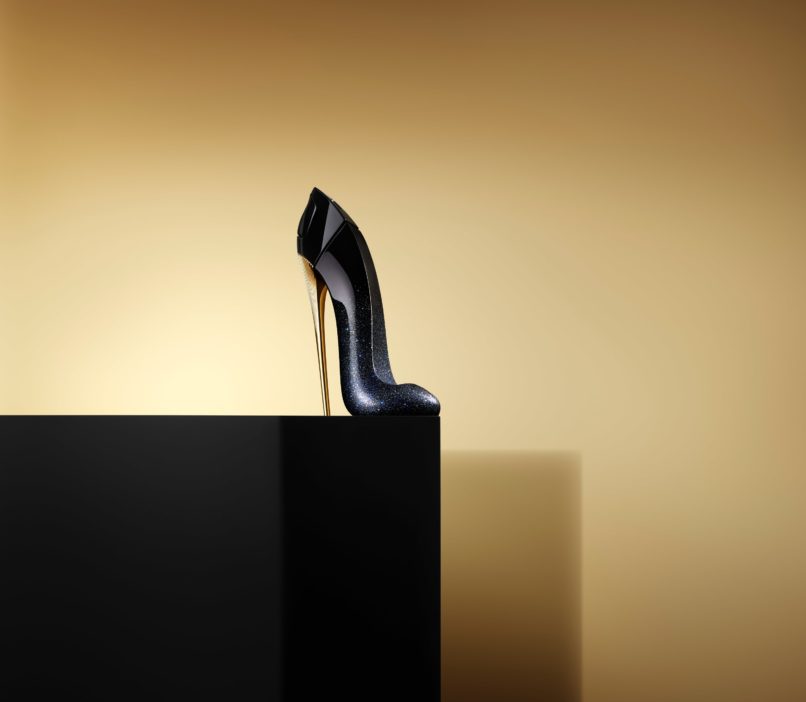 'Good Girl' is about duality, light, and shadow. Why do you think being conscious about our versatility makes us stronger human beings?

Carolina Herrera (CH): There’s something very sensitive, human and empowering in recognising our own weaknesses. Once we’re able to do this, we can turn that around and use it to our advantage, which I think is a very human quality.

Karlie Kloss (KK): And when you show that vulnerability, it makes you stronger. Embracing your weaknesses can actually become your strength, and this duality is exactly what Good Girl represents.

Going back to your teenage years, would you say you were self-assured?

CH: Being a teenager is not about being secure, it’s a rite of passage. It’s a transient period, getting to know – and hopefully accept – all your weaknesses, something that continues into later years. You’re never one hundred percent secure, just more secure with who you are and less worried about trying to present yourself a certain way. Being a Good Girl is about embracing all the duality that helps you get to that point: It’s always a work in progress.

KK: I agree completely. I’ve recently been reflecting on my modelling career and how I projected an image of confidence in my early teens but didn’t always feel that way on the inside. I’m still growing into it, it’s probably a lifelong journey. But the more I mature, the more self-confident and self-assured I become.

Do you have any tips or tricks to pass on for boosting self-confidence?

CH: I’ve always believed that it’s very important not to lie to yourself. Embracing who you are and not comparing yourself to others is absolutely essential.

KK: I think that’s great advice. In my experience, self-confidence and empowerment come from marching to the beat of your own drum and leaning into who you authentically are. It’s taken courage to focus on my authentic interests rather than be what other people wanted me to be, but that’s how you realise your full potential.

CH: Even if it’s a different, longer path, and harder path, it’s always good to take it if you feel it in your heart.

That's a very powerful message, thank you. What do you see when you look at yourself in the mirror? Do you like what you see?

KK: It depends on the day! I think that like many women, there are days when I’m tough on myself. Being a naturally driven and competitive person, I’ve had to learn to not compare myself to others and be proud of the woman I see in the mirror regardless.

CH: I do always try to find a detail that I love in what I see. Whether it’s something as superficial as my hair, or simply the effect one of my children’s smile has on me: even if I’m not happy with the whole, I always try to look for something positive. 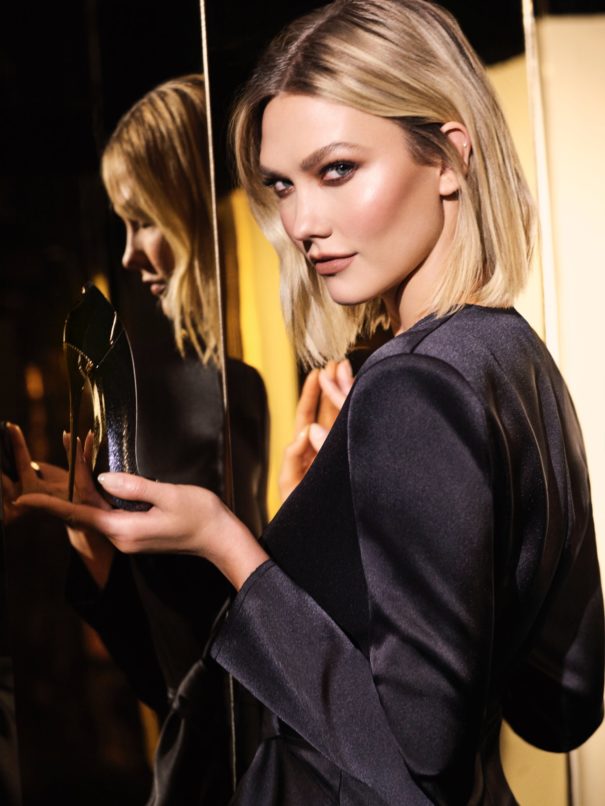 Can you name some role models of yours that have defied the status quo and changed the world for the better?

CH: If we’re going to talk about rebels, I would firstly say my mother, who became a designer against all the odds aged 40. With four children, in a country foreign to her own, and breaking into the world of fashion out of nowhere: to me, that is pure bravery. Then there are people such as Eleanor Roosevelt, who advocated for women’s rights and against racial discrimination, and girls such as Malala, who are brave enough to stand up against an entire culture and religion to fight for what they believe in. So for me, it’s really these fearless, brave, and unique Joan of Arc’s, many of whom are as yet not known. And, of course, you Karlie! You do so much!

KK: Thank you, that’s very kind. I love what you said about admiring the hidden figures who are trailblazers and change the course of history, whether we know their names or not. This happens a lot in the world of technology: Ava Lovelace, daughter of Lord Byron, was one of the first people to invent computing. Grace Hopper, a true pioneer in computer programming, was one of the first programmers of the Harvard Mark I computer, and Katherine Johnson, a brilliant NASA mathematician who played a critical role in the Apollo 11 mission to the moon,  are two other women in technology who defied the odds and changed the world. And, Carolina, I couldn’t agree more, your mother is one of the bravest, boldest, most courageous, and inspiring women I know. Getting to see her in her atelier, and watching the way that she leads with such grace has taught me so much about what it means to be a powerful woman.

What is the craziest thing you've ever done in your life?

KK: For me, it still feels “crazy” that I was discovered in a mall as a teenager and that it led to this incredible life and career in fashion that has allowed me to experience the world in a way that has exceeded my wildest expectations. On a much smaller scale, something that felt really rebellious was dyeing my hair platinum blonde when I was 24. Looking back, it was an act of rebellion against my identity during a pivotal point in my life, personally and professionally, where I was really growing into myself.

CH: I see what you mean — I once cut my hair short like a boy around the same age, and these moments can be real turning points.

What do you think every woman should experience at least once in her life?

CH: Heartbreak! So important. Both women and men. It’s horrible, but it’s an important path we should all go through at some point in life.

KK: Similarly, I think that experiencing and overcoming failure is an incredibly important lesson. Discovering your own strength and resilience is a key part of growing as a person.

CH: Because it lets us change direction or a habit, and allows you to look in different directions.

KK: That uncomfortable space is where you actually develop new skills and realise a strength you maybe hadn’t harnessed before.

Good Girl Supreme encourages us to rebel against what's comfortable. How do you think we have to cultivate our rebellious side?

CH: Action! Thinking, reading, investigating and being curious. Taking a stand on things you believe in. Not just politically, but following your dreams, beliefs, and things you love. Curiosity is rebellious.

KK: I couldn’t agree more. It’s rebellious to form your own opinion and stay true to yourself, even if it goes against the norm. When I started learning how to code, it was out of genuine interest rather than as an act of rebellion. People were so confused that someone with my background in fashion was interested in coding, but I continued to follow my initial curiosity. Eventually, that led to starting a non-profit, Kode With Klossy, to empower other young women to explore and develop these skills. In retrospect, it was quite rebellious to defy the expectations that others set for me.

CH: As somebody generous, honest, humble and a bit rebellious, and as a good mother.

KK: For using any sort of platform or time I might have to help others. As a good daughter, friend, and wife. As adventurous and rebellious…

Carolina Herrera Karlie Kloss good girl edp
PohNee Chin
Editor, Kuala Lumpur
Poh Nee is the editor and writes about travel and drinks. When she's not living out her holiday dreams via Google Earth and sipping on an Old Fashioned down at the local bars, you can find her snug at home bingeing on Netflix and mystery fiction.
Travel Drinks

Out of ideas? These 15 nail art inspo will keep you busy in November 2020