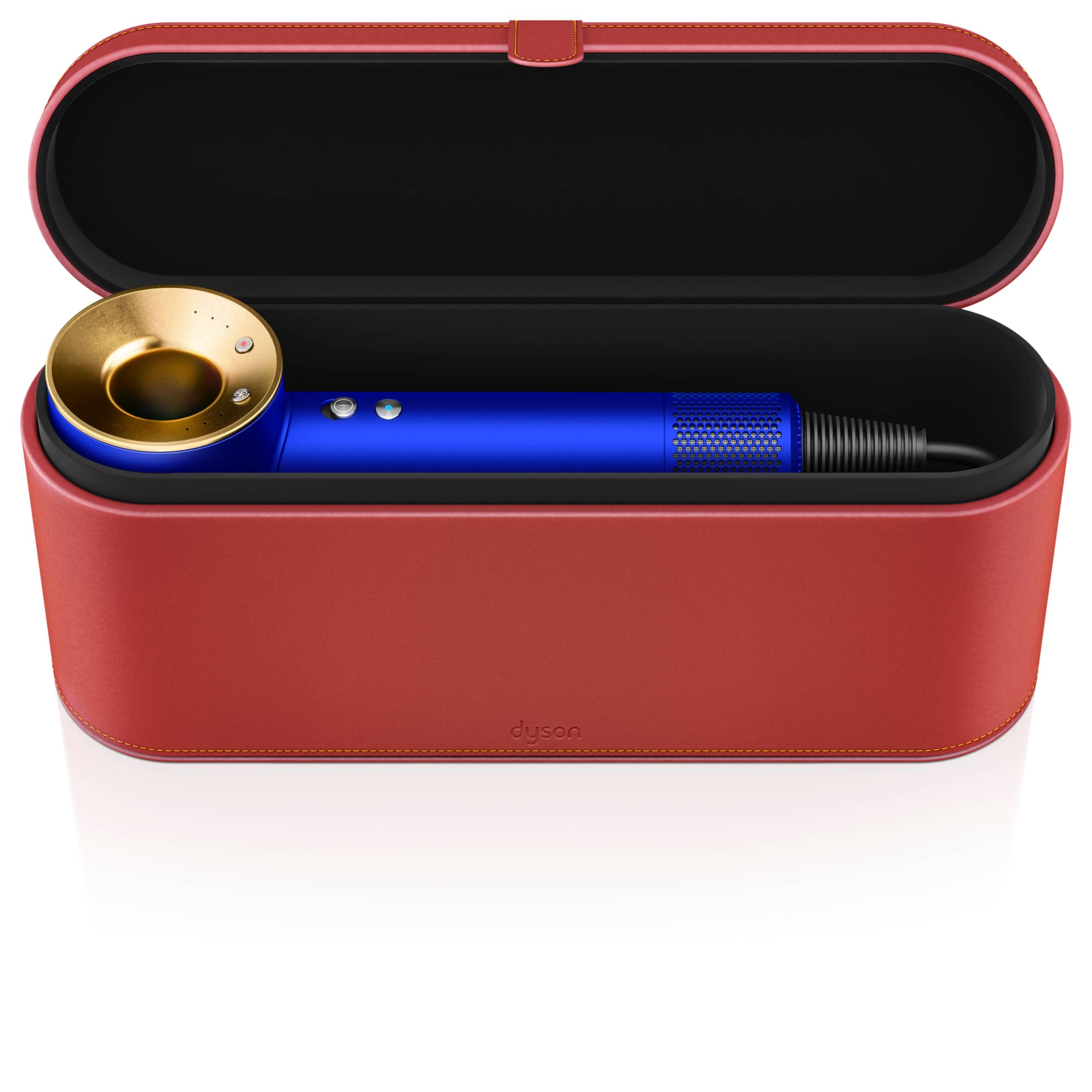 Review: The Dyson Supersonic hairdryer from a straight man’s perspective

The past few years have seen Dyson‘s dominant rise when it comes to grooming and home appliances. Dyson has taken a revolutionary stance in terms of its technology and design, setting the benchmark for how its products will benefit users in their daily lives. Most homeowners would recognise Dyson for its blade-less standing fans, air purifiers, and vacuums, all of which utilises Dyson’s innovative technology. However, many will also recognise the Dyson Supersonic hairdryer for being the best in the business.

But what is it about the Dyson Supersonic hairdryer that allows it to stake its claim as the best one out there?

First off, it is one of Dyson’s latest lineup of modernised products. With the vacuum cleaner and standing fans already receiving the upgrade, it was only a matter of time before Dyson decided to up the ante for itself. The Dyson Supersonic hairdryer has been in the making for four years, going through hundreds of prototypes before it struck gold (literally).

Thanks to our friends over at Dyson, we managed to get our hands on the special edition Dyson Supersonic hairdryer, which is wrapped in 23.75 karat gold. The special edition hairdryer is designed by James Dyson, founder of his eponymous brand and it comes complete with its own specialised packaging. The case its kept in comes in the same red Gesso primer that is used during the gilding process before the hairdryer before the gold leaf is placed.

The biggest difference between the Dyson Supersonic and your conventional hairdryers is the motor. Dyson has managed to create a digital motor that sits within the handle, rather than having to be at the back of dryer head. This gives the Dyson Supersonic a perfectly balanced feel in your arms. This is perfect for both men and women with long and unruly hair as it does away with the excess weight, ensuring you do not get any fatigue from trying to dry your hair.

However, the design of the Dyson Supersonic isn’t just for aesthetic purposes. Air is drawn into the motor, which passes through Dyson’s Air Multiplier technology that amplifies its volume. The end result is a fast, silent, and powerful air current that can be used to style your hair in any way you please.

Now with most hairdryers, the temperature of the air tends to get hotter over time, which in turn can damage your hair. Thankfully, the Dyson Supersonic comes with a heat-protection sensor that stops the temperature of said air to overheat.

Lastly, the Dyson Supersonic comes with two attachments: a Diffuser and a Smoothing Nozzle. what’s great about said attachments is its easy detachability as it’s all magnetic. This allows for the attachments to snap into place without any hassle or effort whatsoever.

What Dyson does really well with its hairdryer is the simplicity in both design and usage, keeping it straight to the point and making it easy for all to use. Another notable inclusion to the Dyson Supersonic is the size of its buttons. Most hairdryers in general feature chunky and obtrusive buttons, which actually makes it easier to switch between fan speeds or heat levels without having to stop the process of drying your hair.

Unfortunately, the buttons on the Dyson Supersonic are smaller than normal. Two are on the handle — the power button as well as the constant cold button. On the back of the hairdryer sits the heat and speed buttons, which can be changed with a push of a button. There are four levels for both heat and speed, which are indicated with the LED lights on its side.

Due to the oddly placed buttons, it will definitely take some time to get used to manoeuvring around them. What’s more, if you’re not used to using a hairdryer (like me), it will take slightly longer than normal to include it into your daily routine. As a man with short hair, drying my hair with just a towel is what works best. What I have now come to understand is just how efficient and modern the Dyson Supersonic really is.

For short hair, the usual complete drying time would take approximately two to three minutes. The Dyson Supersonic cuts that down drastically, allowing me to dry my entire head completely in under a minute. What’s more, it doesn’t scald the scalp whilst doing so. The speed at which the Dyson Supersonic goes about doing its job is unbelievable.

Another piece of technological innovation that Dyson has seemed to perfect is the sound. Hairdryers in general carry noise pollution like no other; turn it on and the sound of the motor alone instantly blocks out everything else. The engineering within the Dyson Supersonic allows it to run as quietly as possible, which is thanks to a silicone mount in-between the motor and handle, reducing the vibration.

However, there is a two-part process to this. The motor impeller also comes with 13 blades instead of the usual 11. This has allowed the Dyson engineers to push one tone within the motor to a sound frequency that is beyond the audible range for humans.

There’s no question that the Dyson Supersonic is an ingenious piece of technology to begin with. From a female’s perspective, it’s a no-brainer. On the other hand, if you’re a straight man who’s looking to expand his basic grooming appliances, the Dyson Supersonic should be your hairdryer of choice.

It’s fast, quiet, lightweight, and extremely compact. It allows us to get ready in a matter of minutes, which is a testament to what modern life is all about: convenience and efficiency. It also helps that the Dyson Supersonic is wrapped in a 23.75 karat gold leaf, which makes for a good looking piece to sit on your dresser.

Dyson Dyson Supersonic dyson hairdryer
Wi-Liam Teh
Senior Writer
Wi-Liam is a geek at heart with a penchant for tattoos. Never without a drink in hand (preferably whisky, gin, or Guinness), he is also a writer by day and a keyboard warrior by night. On his day off, he masquerades as a streetwear and sneakerhead enthusiast while his bank account says otherwise.
Tech Cars Watches Entertainment Food Drinks

Distilling the rainbow in a scent: Mary Katrantzou talks about her first perfume with Bvlgari