Home > Beauty & Grooming > Grooming > TikTok is obsessed with this ear wax hack — but is it safe? 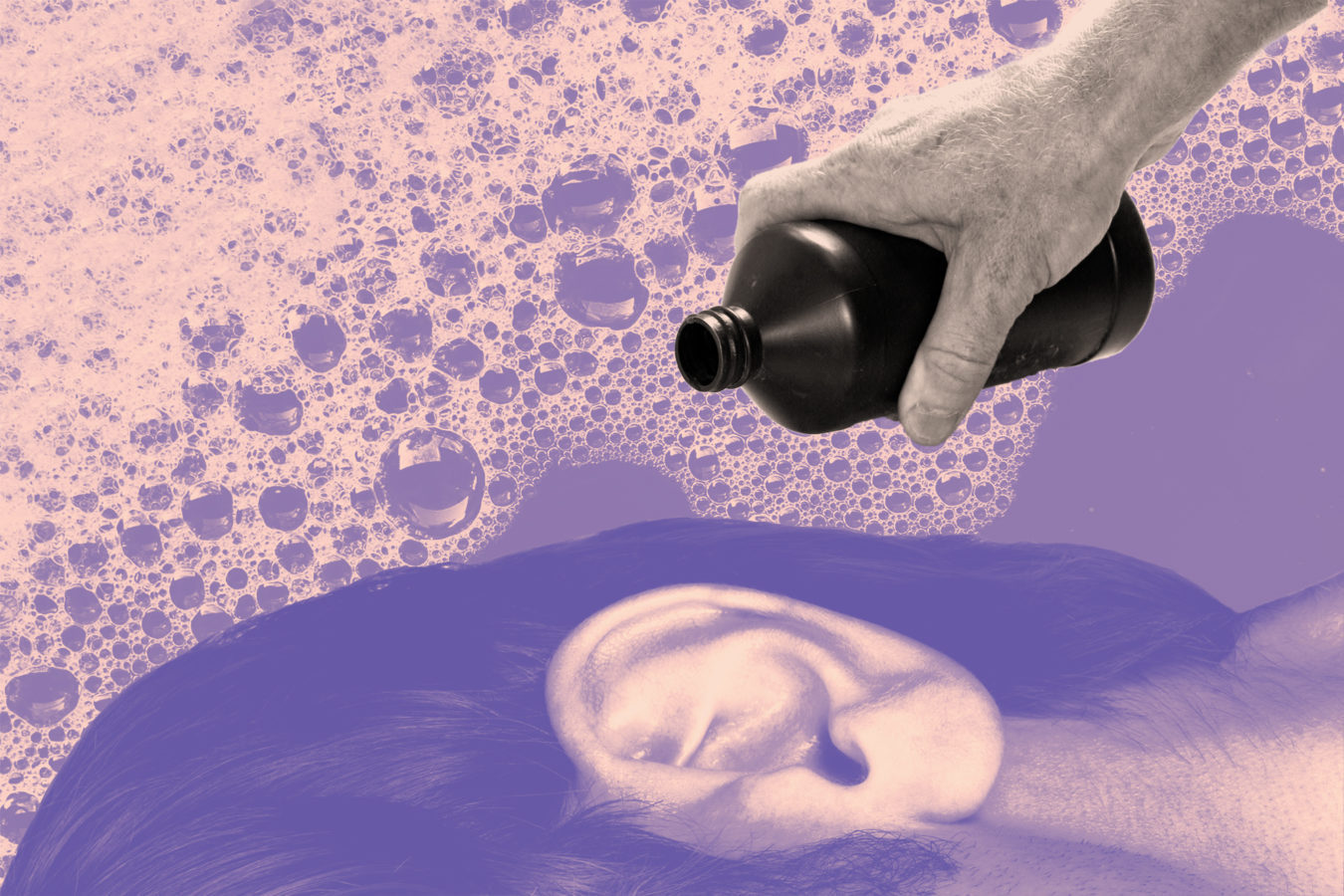 TikTok is obsessed with this ear wax hack — but is it safe?

Beauty & Grooming
TikTok is obsessed with this ear wax hack — but is it safe?
Share this article
Next article

If you find removing ear wax to be one of those weirdly satisfying parts of being a human, then there’s likely a chance you’ve seen one of the latest viral videos taking over TikTok. The clip in question features a user’s tried-and-true method of cleaning out their ears by pouring hydrogen peroxide into the ear and waiting for it to dissolve the wax.

The video begins with TikTok user @ayishafrita pressing one side of their head onto a towel-covered surface before pouring an undisclosed amount of hydrogen peroxide (yep, in its telltale, nondescript brown bottle) into the ear. As the clip continues, the peroxide is seen bubbling up in the ear. In the video’s final moments, user @ayishafrita explains that once the “sizzling” from the peroxide stops, you should then flip your head so that the ear you’re cleaning is now on the towel to allow the dissolved wax and liquid to drain out. Mildly gross? Maybe. Effective? That’s the million-dollar question.

The video has racked up 16.3 million views since its August release, and some TikTok viewers have questioned whether or not @ayishafrita‘s method actually works, and more importantly if it’s safe. And now, two ears, nose, and throat specialists (ENTs) are weighing in on the safety and efficacy of this technique, revealing if you should try or skip this DIY hack next time your ears are feeling a little gunky.

First thing’s first, what is ear wax? Well, it’s an oily substance produced by glands in the ear canal, says Steven Gold MD, an ENT doctor with ENT and Allergy Associates, LLP. “One of the functions [of ear wax] is to help remove dead skin from the ear.” The medical term for ear wax is cerumen, and it also serves a protective purpose, preventing bacteria, viruses, and fungi from coming in to threaten the ear canal, as Sayani Niyogi, DO, a fellow ENT doctor with the same practice, previously told Shape.

And what is hydrogen peroxide? Jamie Alan, PhD, an assistant professor of pharmacology and toxicology at Michigan State University, previously told Shape that it’s a chemical compound made up mostly of water and one “extra” hydrogen atom, which allows it to serve as a sanitising agent that can sterilise wounds or even clean surfaces in your home. It’s a clear, colourless liquid that’s generally safe, which is likely why you’ll often see it touted as a DIY cure-all for all kinds of things, including ear wax.

Now for the question on everyone’s mind: Is it safe and effective to fish out that OTC bottle of hydrogen peroxide in your medicine cabinet and start squeezing its contents into your ear? Neil Bhattacharyya, MD, an ENT at Mass Eye and Ear, says that it’s “relatively safe” — with some important caveats.

For starters, it’s a better solution than using a cotton swab to dig wax out, which can potentially damage the delicate ear canal and push wax even further in, fully defeating the purpose of sticking one of those bad boys in there in the first place. “I never recommend people trying to dig wax out with tools or utensils,” says Dr Gold. “Home remedies for cleaning ear wax can include placing drops of hydrogen peroxide, mineral oil, or baby oil to help soften or loosen the wax, rinsing or cleaning the outside of the ear with a washcloth, or gently irrigating with warm water.” Dr Gold says you only need three or four drops of peroxide to get the job done, noting high concentration of peroxide could potentially cause pain, burning, or stinging.

As for how it works so well, Dr Bhattacharyya says that the hydrogen peroxide interacts with the ear wax itself and actually does “bubble into it,” helping to dissolve it. Dr Gold adds, “The wax can adhere to the skin cells and peroxide helps break the skin down, making it easier and softer to remove. Oil drops act as a lubricant to help in a similar way.”

Even if it feels oh-so-satisfying to clean out your ears, you don’t need to add it to your nightly skin-care routine. “In general for most people, cleaning of the ears on any regular basis is not necessary and can sometimes be harmful,” notes Dr Bhattacharyya. (More on that in a minute.) “In fact, ear wax has certain protective properties including an antibacterial property and a moisturising effect for the external ear canal,” he adds.

It’s true: As icky as it might seem, ear wax is actually pretty helpful to have. “The ear canal has a natural cleaning mechanism, which allows skin, wax, and debris to move from the inside to the outer ear canal,” says Dr Gold. “Too many people believe the misconception that we must clean our ears. Your wax is present for a purpose and function. It should only be removed when causing symptoms like itching, discomfort, or hearing loss.”

Ear wax typically moves through the ear canal by jaw motions, such as chewing, according to the Cleveland Clinic.

If you do have excessive ear wax, Dr Gold also recommends trying this technique every few weeks or so — though if it’s a common issue for you, checking in with an ENT specialist is your best bet. And you definitely don’t want to try this if you’ve ever had ear surgery, a history of ear tubes (which are tiny, hollow cylinders surgically inserted into the eardrum, according to the Mayo Clinic), eardrum perforation (or a ruptured eardrum, which is a hole or tear in the tissue separating your ear canal and middle ear, according to the Mayo Clinic), or any other ear symptoms (pain, acute hearing loss, etc.), adds Dr Bhattacharyya. If you do have a perforation or an active ear infection, you’ll certainly want to check in with your doctor before trying any DIY remedies such as this one.

All said, letting your ear wax do its thing is never a bad idea — it’s there for a reason, and if it’s not bothering you, leaving well enough alone is a-okay.