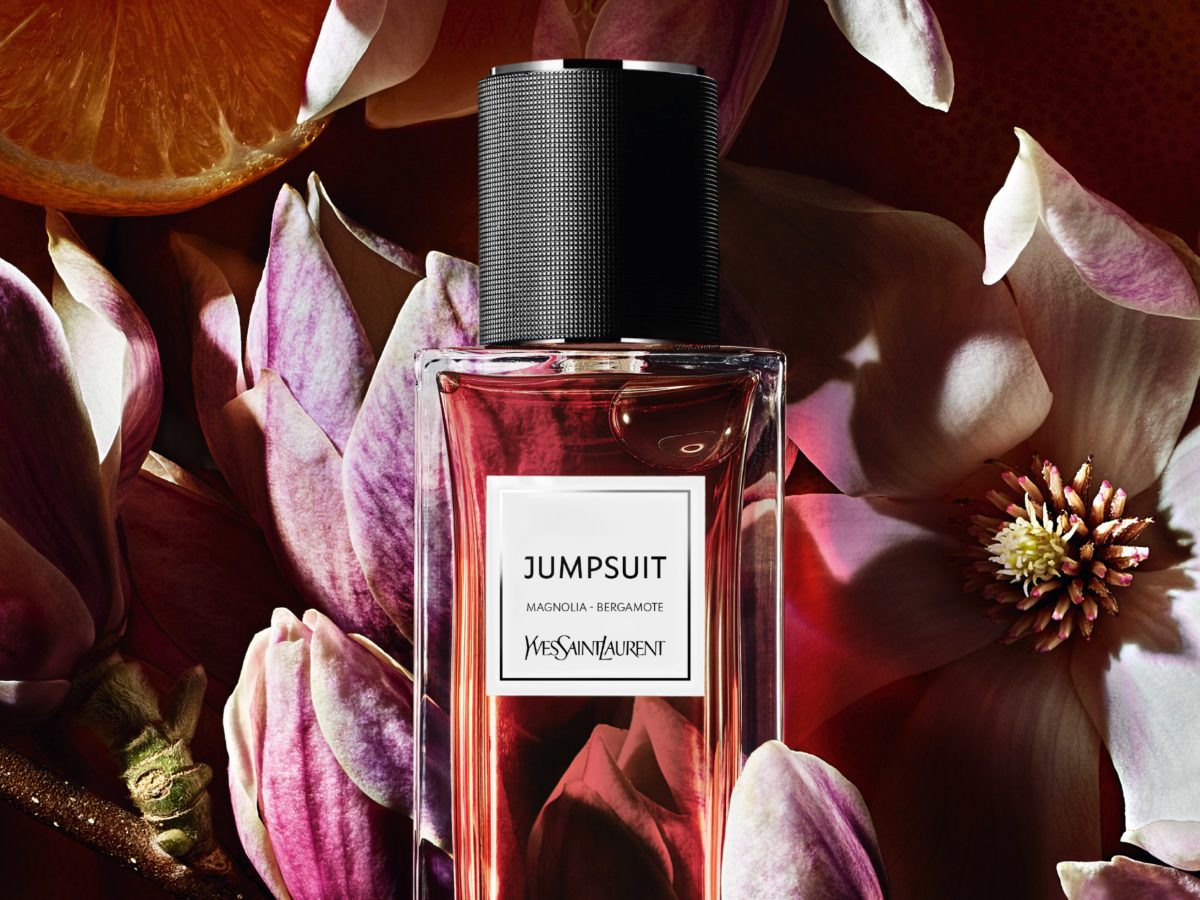 The olfactory wardrobe of the Yves Saint Laurent Beauty Le Vestiaire des Parfums collection has been extended to include two new fragrances inspired by iconic fashion pieces by the great French couturier. Capelines and jumpsuits, both functional creations by Yves Saint Laurent that subsequently became fashion icons, have now provided the inspiration for two distinctive perfumes.

Yves Saint Laurent broke new boundaries in women’s fashion, appropriating pieces directly from the male wardrobe, exploring the riches of the “Orient,” and transforming what were initially functional garments into fashion icons. His creations, many of which are as desirable today as they were in his heyday, have inspired an extensive collection of fragrances, Le Vestiaire des Parfums by Yves Saint Laurent Beauty.

This olfactory wardrobe has now been extended to include two new fragrances, Capeline and Jumpsuit, which are both inspired by surprisingly unexpected combinations of ingredients in homage to the style and visionary spirit of the great French couturier.

In the 1960s, capelines were adopted as ultra-chic accessories that offered much more than protection from the sun. Today the mysterious and sensual charms of these broad-brimmed hats have provided the inspiration for a new fragrance concocted by Juliette Karagueuzoglou. Structured around lily and vanilla, the new perfume opens with notes of mandarin and bergamot followed by a lily accord, which is enhanced with neroli, white musk, orange blossom absolute, ylang-ylang, vetiver essence and most importantly vanilla absolute.

Master perfumer Carlos Benaïm was tasked with the composition of Jumpsuit. In Yves Saint Laurent’s designs, jumpsuits, which were originally utilitarian pieces associated with motor racing and parachute jumping, were transformed with a newfound elegance. Now they have provided the inspiration for a new fragrance dominated by magnolia and bergamot. Jumpsuit opens with notes of bergamot and bitter orange seed, before revealing a heart of magnolia enhanced with peony and jasmine absolute over a base of peach, white musk and white sandalwood for a powdery touch.

Lady Gaga is the face of Valentino’s Voce Viva fragrance