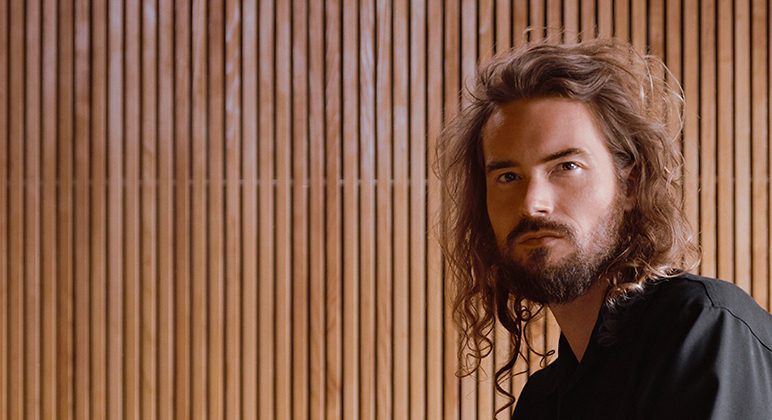 Scents are powerful triggers for memory recall and are deeply transportive.

With Aesop‘s Othertopias collection, the brand takes inspiration from liminal spaces that challenge perceptions. A collaboration with longtime partner Barnabé Fillion, the three scents, Miraceti, Karst, and Erémia, embody a boat, a shore and a wasteland respectively.

These fragrances whisk you away to these transitional spaces where you’re invited to reimagine the juxtapositions that they present. Ahead, we speak to Barnabé on his olfactory process and the story behind Othertopias.

How did you go from being a photographer to a perfumer?

I was educated in visual art and mostly photography. I had a project titled Pictorial Encyclopedia, which was a book of pictorialist pictures and long exposures that looked like paintings. I invited an architect, poet and a nose to collaborate on this. It was my first synesthetic project in which I explored the different sensorial techniques and I fell in love with the language of perfume. I had no intention to become a perfumer, but my passion grew little by little. I discovered that my approach is very visual; the way I create my perfume is related to the image I have in my mind that often looks like pictorials. That image, while blurry at the beginning, becomes clearer during the development of the scent.

Besides your background in photography, we read that you also studied botany and phytology?

Yes, and that came from the idea of the intelligence of the plants, and also the molecular biology aspect of the beauty of plants. But this was also related to photography. I was fascinated by Karl Blossfeldt’s architectural nature photographs. In his photographs, you can see the repetitive construction of nature, much like biology in the human body. It inspired me to know more about the molecules, learn photography, botany and from there, perfumery.

How do you combine everything you’ve learnt about photography and botany in scent-making?

I think there’s a big relation or a balance. Sometimes it is not a 50/50 balance, but there’s always a dialogue between art and science.

Science here in the sense that I work with people who handle distillation matters like our chemist and biologist. It’s very interesting to collaborate with them. I cannot say that I function as a scientist in their project, but I always try to treat my perfume as a scientific classical experiment. That’s part of the project that I’m developing now called Institute of Synesthesia (ARPA). It’s like building up a research platform for synesthetic experience with artists, musicians and more.

It’s what we’ve done with Aesop, like with this new collection which is about an interstitial space study and exploring how perfume can develop, stimulate and define other spaces too.

I’m mostly inspired by research on synesthesia. I’m also fascinated by the work of contemporary artists or artists in the past that worked on different mediums.

I always felt like an outsider. I was educated not in the academic way, but from master-to-apprentice in a mentorship kind of way. I feel it was a blessing because coming from the visual arts scene I already had a certain background, which meant I love to see the technique and the ingredients.

You say the right word here: ‘industry’. It’s really an industry and sometimes I feel that the industry is more powerful than the creative aspect of the craft. The word ‘industry’ seems to mean a balance of art and science.

In the last 10 years, we have seen the expansion of niche perfumery. Serge Lutens is the one that made it officially a movement and we are seeing so many brands, good or bad, that are exploring the territory of niche perfumery. It’s fantastic because it’s basically more passion, less mass market, less capitalist.

The approach is more artistic so it’s very encouraging. There are also other and different sectors that are coming from the niche just like this project with Aesop. We are more focused on the depths of the research for the project than corresponding to what’s going on in the world such as trends.

Tell us about the process of you creating a perfume. Take us from the start to the end.

It’s very visual, but I have no real protocol or process. It’s different each time. Finding the right balance in the formula takes a lot of work. But it’s based on the intuition of the vision, the image. With Othertopias, it’s much more complex in terms of research we’ve been doing for two years.

Aesop’s Othertopias is about the study of the other space. We wanted to create a collection that explores and interrogates the question of whether perfumes, by definition, are Othertopias. We wanted to create that story about the interstitial space, the liminal display space, where the reverie is unlocked from the reality so there is dialogue in the tension between the two.

Are there any particular notes that are similar between the three scents?

There is a signature of Aesop which is an overload of natural ingredients and insulate and no synthetics. One has a very mineral complex, the other a green floral and another is balsamic woody. They have some common ingredients.

Do you have a favourite?

No, the collection was built to be lived as a juxtaposition. You might use one morning, the other in the afternoon and they will stimulate each other. There is no idea of layering them. We have never tried it. We don’t know if it works and we’re not officially inviting people to do that. I think a lot of amazing perfume can come from accidents like this. We insist on trying samples so you know one and then the other, and you can see how they are interacting. They will all say something different about the other space which is supposed to be the experience of the person enjoying the perfume.

What about Aesop’s Othertopias would you like people to know?

You know when you’re in a kid and you’re playing in your parents bed when they are not there? You might be with a friend under the quilt and you’re pretending it is actually a boat for you. It transforms into the biggest exploration navigation boat you know. That’s a typical othertopia. Or if you’re thinking about the cinema, you know being in a theatre present with somebody next to you, while other things are going on in the room at the same time. You looking at another space, the chronology on the screen. That’s an othertopia too. This whole range is about exploring the possibility of perfume being an othertopia.

The shore is about the idea of the void in a way, and erosion, and Eramia is about the unstoppable force of nature that even the mineral concrete city cannot stop.

It’s about that energy that flow which brings you to the garden, which is a place to explore the world because gardens at the beginning were meant to have all these species of the world. The Karst is about the the territory of the shore as a special space; the idea of departure and return, the idea of erosion and how thousands of kilometres of the territory are gone every year eaten by the sea. But that allows us to find seeds and forces that teach us about our past. It’s very interesting to think that in ongoing erosion there is a future is actually instructing us on the past.

Aesop Perfume Niche perfumery
Nafeesa Saini
Beauty
Sign up for our newsletters to have the latest stories delivered straight to your inbox every week.

The best liquid highlighters for a perfect dewy glow