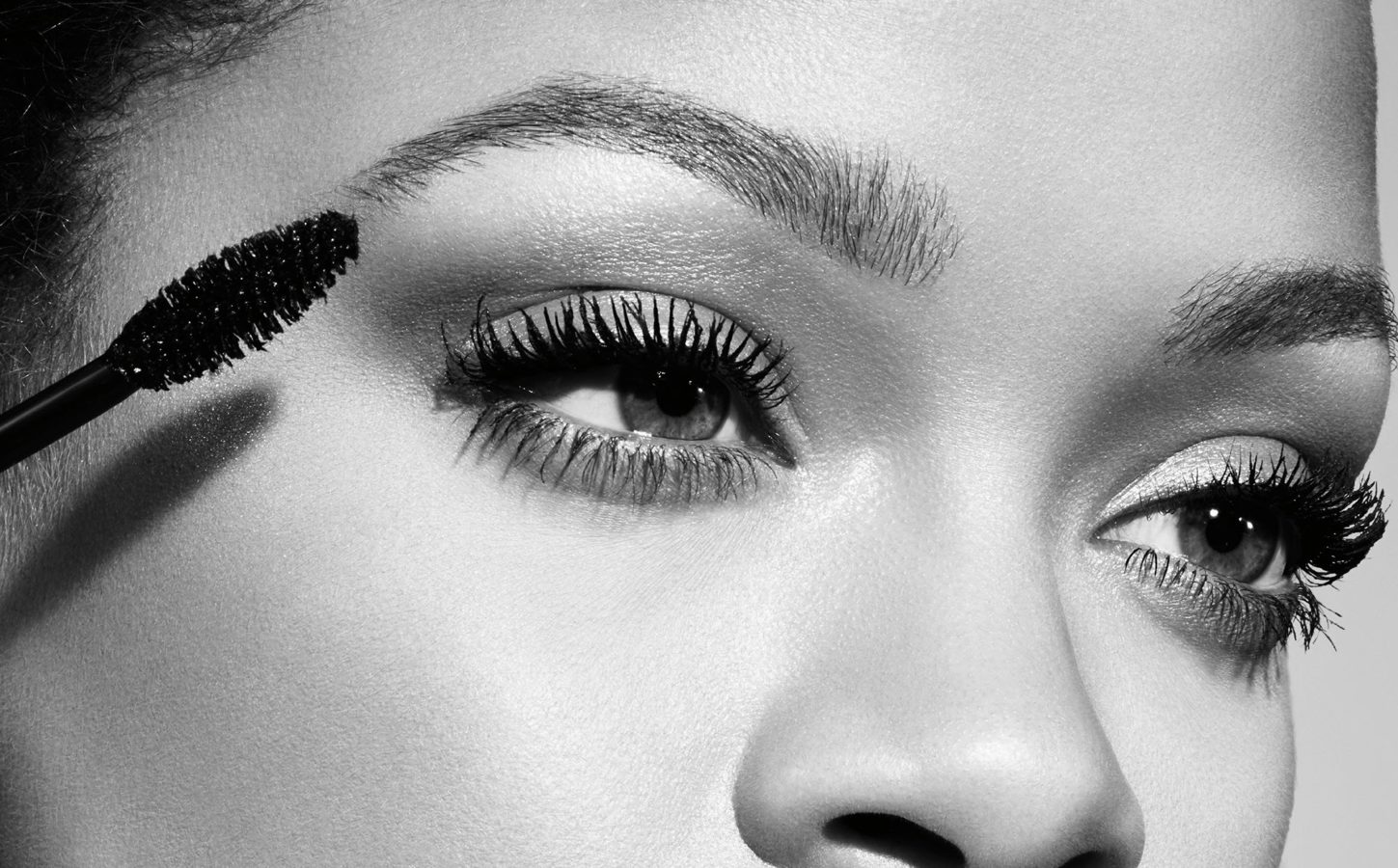 The superstar’s cult makeup brand Fenty Beauty By Rihanna has announced the launch of its new “Full Frontal Mascara,” which promises “eye-opening full-on, fanned-out lashes.”
The mascara, which will roll out on January 16, features a “flat-to-fat brush” that the brand claims will instantly volumize, lift, lengthen and curl (wearers can use to fat side of the brush to lift the lashes, and the flat side to curl and define them). According to the Fenty Beauty Instagram account, it boasts a water-resistant, sweat-resistant and smudge-resistant formula, and comes presented in chic black and pink packaging.

Rihanna, as ever, proved to be the best model for the new release, taking to her personal Instagram account to share the news with her 78 million followers. The singer and designer posted a photo of herself sporting statement curled, defined lashes alongside the caption: “Ya done know that @fentybeauty was coming to dominate the mascara game too!!”

It looks as though 2020 is already shaping up to be a major year for Fenty Beauty, following a whirlwind 12 months that saw the label release its debut line of concealers, branch out into lip scrub and lip balm, and unveil 50 shades of “Pro Filtr Hydrating Foundation.” The label also signed its first ambassador, the actor Amandla Stenberg, last year, building on the immense success it has seen since Rihanna launched the brand in 2017.

5 lip oils to hydrate that pout, because balms are so last decade