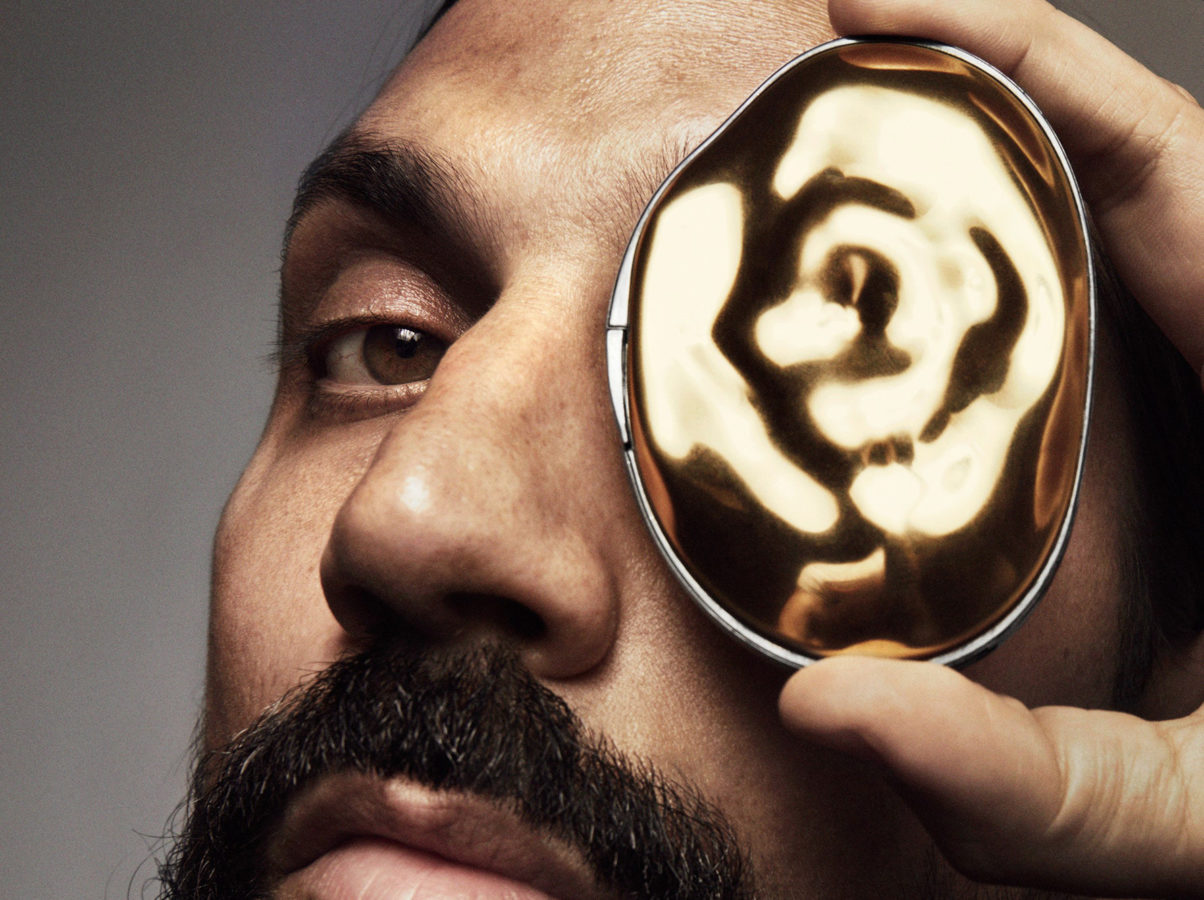 Byredo pulls out all stops in its latest venture into makeup

This new venture is an unexpected one from the popular fragrance brand.

In an industry crowded with mass designer scents, Byredo arguably kickstarted a boom of indie fragrances that joined the ranks of legends such as Frederic Malle and Creed. There’s no stopping the brand today, and its success is evidenced by its coveted status amongst luxury buyers and the fashion set. Now the brand is treading into a different market: makeup.

While his new foray may seem like a pivot to some, it’s in line with founder Ben Gorham’s fluid perspective on life and the same trait that shot Byredo to success. With art as his natural bedfellow, Gorham harnesses his affinity for the visual arts in the new cosmetics arm. He does, however, admit that he knows nothing about makeup. “I’ve always had it in mind, but I didn’t know how to go about it until two years ago because I don’t wear makeup,” says Gorham over a call.

To help him in his new venture, he has roped in British makeup artist Ismaya French, whose repertoire includes editorials for the world’s largest fashion publications and luxury fashion houses. Together, the duo has come up with a line that’s set to be covetable as its fragrances. The makeup collection will be exclusively available at the new Byredo standalone store in Takashimaya.

The first thing you’ll notice about the range is its design that breaks the mould of luxury makeup. “With most brands out there, all of the products have a unified look. Byredo’s makeup collection is meant to look like art. Nothing is uniform,” says Gorham.

The main commonality about them is their futuristic look, with metallic sheens coating the packaging. Gorham designed the products to resembles totems, or ‘objects of desire’ as he calls it. The mascara resembles a sturdy red paperweight while the matte lipsticks and balm are encased in curved, futuristic-looking cylinders. The five-colour eyeshadow palette resembles a collectable misshapen golden oyster. “These objects are tangible, personal and sensual.”

Much like Byredo’s fragrances, the makeup is created from an emotional connection. Shade names like ‘Divorce’ and ‘Commuter’ are inspired by nostalgia. “Each name and colour has a story and comes from Isamaya and me,” says Gorham.

The new makeup line is not driven by trends or specific colours. The colour sticks come in 16 shades, ranging from everyday golds and bronze to deep blues and emerald greens. “Just because they come in bright colours doesn’t mean that they’re just a simple red or a blue. Each shade’s sheen, shade, texture, or glitter was carefully selected,” says French. It’s also deemed the universal product, and meant to be worn in any way the wearer wishes, whether it be smeared on the eyes, applied on the lips, or blended on the cheeks. The finishes are matte, dewy, and creamy.

As for the Eyeshadow 5 Colours palette, the shades are housed in an irregularly-shaped metal compact that represents a raindrop falling on water. These are available in three: the Necromancer, Syren and Corporate Colours. The Necromancer is a tribute to musician Yves Tumor and boasts deep, dramatic shades best for darker skin tones in metallic and glitter. Syren takes inspiration from the Sirens of Greek mythology and has light shimmering shades. Corporate Colours is exactly how it sounds, with neutral everyday shades in matte and shimmer. You’re encouraged to apply the five shades with your fingertips.

French has also drawn on her own wealth of experience for the launch. The applicator is designed for precise application as she knows the struggle many women have in achieving the perfect straight line. Likewise with the mascara, it has a precision silicone brush that can reach individual lashes to enhance and sculpt for a buildable effect or for a quick application. The lipsticks are an everyday luxury, meant to be carried a talisman of glamour.

For now, Gorham says he has no desire to launch face products such as foundation, concealer, or powder. “It’s not about providing a solution. It’s about self-expression,” he concludes.

5 foundations that will keep your shiny T-zone at bay

Shu Uemura collaborates with One Piece for the ultimate holiday collection

Are your “brand new” beauty products already expired? Here’s how to tell