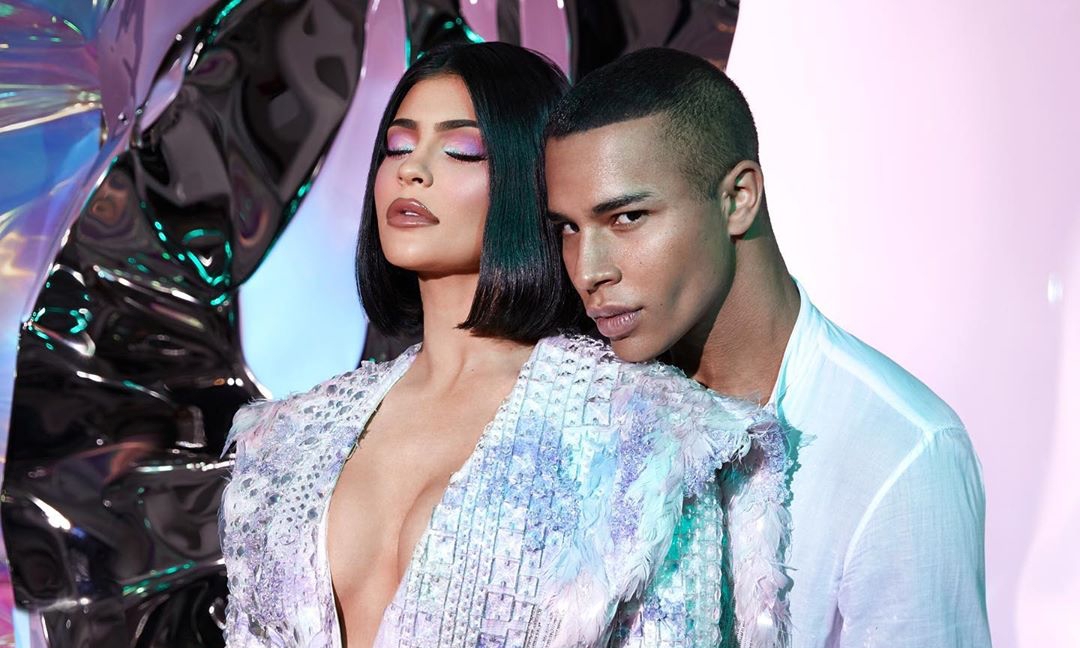 Kylie Jenner has scored a major high-end fashion collaboration for her beauty brand, Kylie Cosmetics. The makeup mogul and mega-influencer has been secretly working on a beauty collection with the luxury fashion house of Balmain, and the series is tipped for release on September 27, the day of the label’s Spring/Summer 2020 show at Paris Fashion Week.

Taking to Instagram to share the news with her 147 million followers, Jenner posted a photo of herself with the Balmain creative director Olivier Rousteing, alongside the caption: “Paris is always a good idea.” In the image, Jenner sports a colourful eye makeup look comprised of pinks, purples and icy baby blue hues, possibly hinting at the colour palette fans can expect from the collection — but the details have yet to be officially announced. However, according to WWD, the series will include lip colour and eye shadow, among other products, and was initially inspired by a pale pink Balmain jumpsuit that Jenner wore to the 61st annual Grammy Awards earlier this year.

“This is really the first time I’ve collaborated with a fashion house, and Olivier has created so many incredible looks,” Jenner told WWD in an interview. “We worked together on the entire process and were always video calling each other to discuss colours and swatches, as well as the packaging design.”

“It’s quite incredible working with Kylie because she has a very clear vision of what she wants and she’s very committed to the job,” Rousteing added.

The launch marks a major milestone for Kylie Cosmetics, which was founded by Jenner back in 2015 as a line of ‘lip kits’ and has since achieved cult status for its beauty products spanning makeup for eyes, lips, face, and accessories. So far, Jenner has kept the brand’s collaborations limited to friends and family, teaming up on joint ventures with her sisters Kim, Kourtney and Khloe Kardashian, as well as her mother Kris Jenner and former BFF Jordyn Woods. Rousteing, however, is no stranger to high-end collabs — the creative has navigated Balmain partnerships with L’Oreal Paris, H&M and Victoria’s Secret, to name a few.

This eyeliner turns into wildflowers after use — how’s that for zero-waste?

What we know about Valentino Beauty’s debut makeup collection