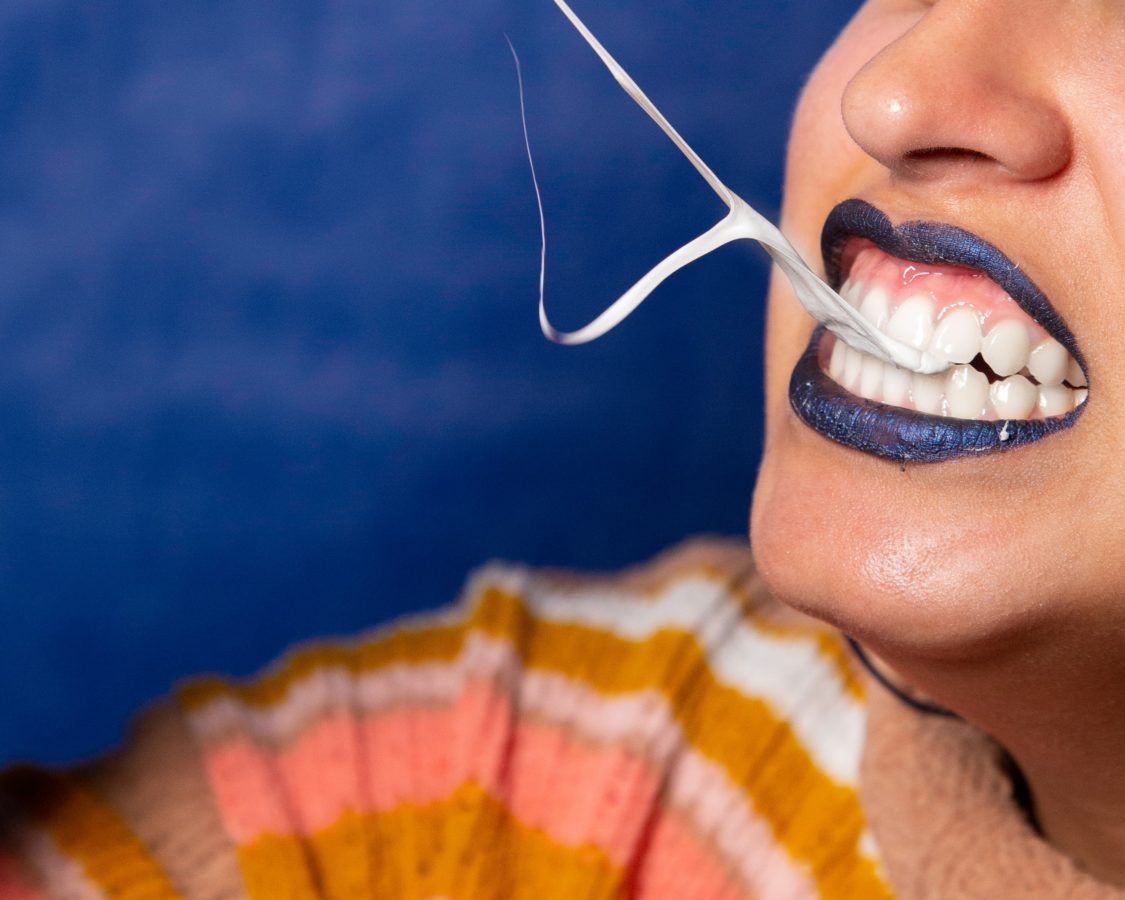 They are TikTok influencers and their content may very well be entertaining. As informative as it may seem, it doesn’t mean you should follow suit.

Gen Z’s favorite social network is full of beauty tips that are as surprising as they are innovative, but some of them can also be dangerous for users’ health. And let’s face it, there’s nothing gratifying about ending up in hospital for trying to glue your hair down, even if it did momentarily boost your popularity rating. Here’s a look at three of TikTok‘s worst beauty tips that can only ever end badly.

Filing your teeth is never a good idea

One of the first TikTok beauty tips that made health professionals the world over wince, goes by names such as “nail files,” “teeth challenge” or “teethfiing.” A seriously bad idea, this trend appeared in 2020, and has since been reproduced thousands of times over. It involves filing your teeth with a nail file to make them perfectly aligned – a trick that was evidently criticized by many a dentist, increasingly concerned by the hype surrounding some of these videos.

As Dr. Christophe Lequart, a dental surgeon and spokesperson for the French federation for orodental health (UFSBD) lamented at the time, this technique should never be followed: “There is no point in filing your teeth, especially since by doing so you will remove part of the enamel that will not grow back. So you will increase the risk of cavities.” While this tip hasn’t disappeared from TikTok, it now carries a warning message telling users not to attempt copying the activities in the video, which can result in serious injury. At least users are now warned of the danger.

Stick with eyeliner for faking freckles

There’s nothing new in trying to fake some temporary freckles, except that, back in the day, this involved using a pen or a pencil, or even an eyeliner. It was quick and easy, and there was minimal risk involved. But then along came social media with its share of “good” ideas, and since then, some new tricks have surfaced. In particular, there was henna, although you had to know how to use it and how to choose the right product. Then along came the reality TV star Tilly Whitfeld, whose freckle-faking experience turned into a nightmare. Warning: sensitive souls should look away now.

The young woman explained on Instagram that she spotted a trick on TikTok for faking freckles with a technique using ink and sewing needles. In some way, the mere mention of these “tools” should have scared off the freckle hunter, who nevertheless went ahead and tried the experiment. As a result, Tilly Whitfeld explains how she “ended up in hospital with temporary loss of vision” and scars on her face, and calls on her followers to steer clear of this kind of DIY beauty technique, and to instead seek the advice of a professional. Don’t say you haven’t been warned!

Don’t use glue to style your hair

It was more of an unfortunate set of circumstances — to put it one way — than a beauty trick that made the American woman Tessica Brown famous earlier this year. Short of styling gel, this TikTok user had the (very) bad idea of using extra-strong glue, a kind of superglue, to stick down her hair. Not surprisingly, her hair started to harden and eventually became one with her scalp. From shampoo to coconut oil, no product managed to fix the problem. And that’s when the young woman made a video that went viral on TikTok.

This moment of glory allowed her to get the help of a plastic surgeon, who put an end to her hair nightmare, although not without difficulty. It’s a story that ends well, but which unfortunately inspired other users to follow suit, although some suspect that they were seeking to replicate the buzz. The key takeaway from this story is that glue and hair do not mix well. And while her ordeal may raise a smile, it could have turned out so much worse.

Hero and feature image by Joseph Costa on Unsplash

We asked an expert the differences between dry and dehydrated skin, and how to manage it