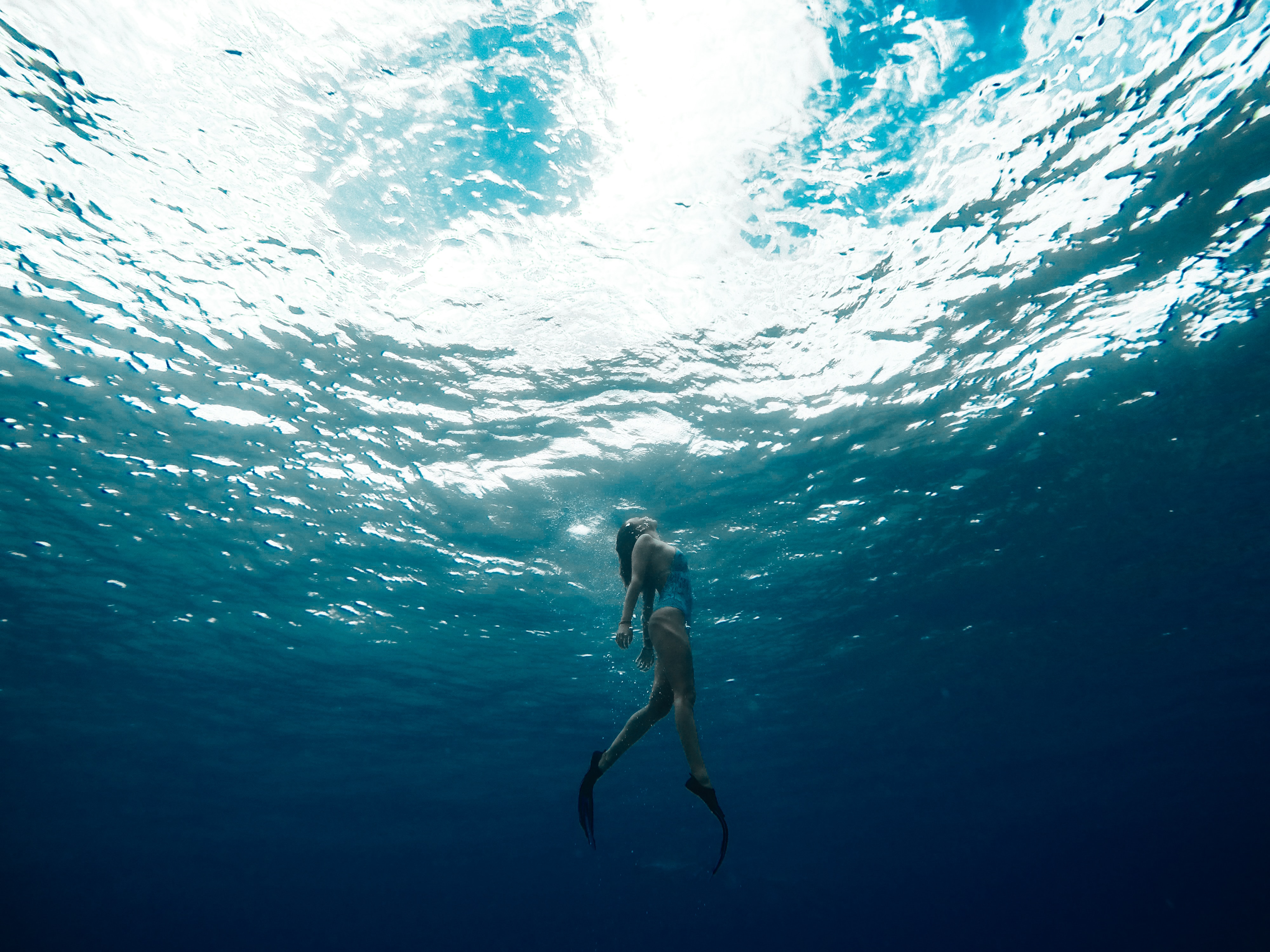 Even if you’re not one to apply sunscreen on a daily basis, it’s something you won’t forget when headed to the beach. Not only does it prevent hyperpigmentation and fine lines from forming, some even claim to go as far as preventing skin cancer too. So before you head down into the water, go all out and be covered from head to toe in SPF — the right one, that is.

A sunscreen that is high in SPF and also waterproof is a must-have. But it also depends on where you’re headed to. If it’s just to the pool, go generous with the application. However, if you’re heading into the sea, those same chemicals will harm the sea life. Even Palau, regarded as one of the world’s best diving destinations in the world, has banned the use of “reef toxic” sunscreens.

Increased water temperatures and disruption in the local ecosystem caused by climate changes are the ones that mainly affect marine life. Oxybenzone and octinoxate, two of the most common ingredients found in chemical sunscreens are also affecting the coral reef more than you think.

What is safe for the waters? Non-nano mineral sunscreens that are usually formulated with zinc or titanium oxide are less damaging to the reefs. Non-nano refers to the mineral particles — these won’t dissolve in the ocean and threaten the marine life. Instead, they become part of the ocean sediment. That does not make non-nano sunscreens any less effective. Skin is still well protected, and in fact, even better for our skin in the long run. Since the particles are larger, they won’t be absorbed into our bodies through the skin.

Here are four reef safe sunscreens for you to try.

Beauty Sunscreen Palau sunscreens Nutritionist Non-Confidential El Primero
Jolin Lee
Contributor
Unlike most modern-day millennials, Jolin does not need caffeine or alcohol to power through the day (and night). Her eye for beauty is as sharp as her eyeliner flick, and she can spot your unblended eye makeup from a mile away.
Beauty Fashion Style Jewellery

Food & Drink
7 best self-tanners to get bronzy minus the beach
Gear
The eighth-generation Porsche 911 Targa hits the road
Food & Drink
Tuck in to your favourite Japanese restaurants in KL this CMCO
Beauty & Grooming
Beauty Buys: 5 new beauty releases to get your hands on this June 2020
Food & Drink
The Conditional Reviews: Dining out at Nadodi KL during the CMCO
Style
Gucci hits the court with a Tennis Clash collaboration
Gear
These wholesome video games will nurture and relax you
Style
An official look at the Nigo x Virgil Abloh LV² capsule collection
Beauty & Grooming
Sulwhasoo unveils a newly upgraded First Care Activating Serum
Sign up for our newsletters to have the latest stories delivered straight to your inbox every week.

Game changer: Face steaming for a spa-level facial at home