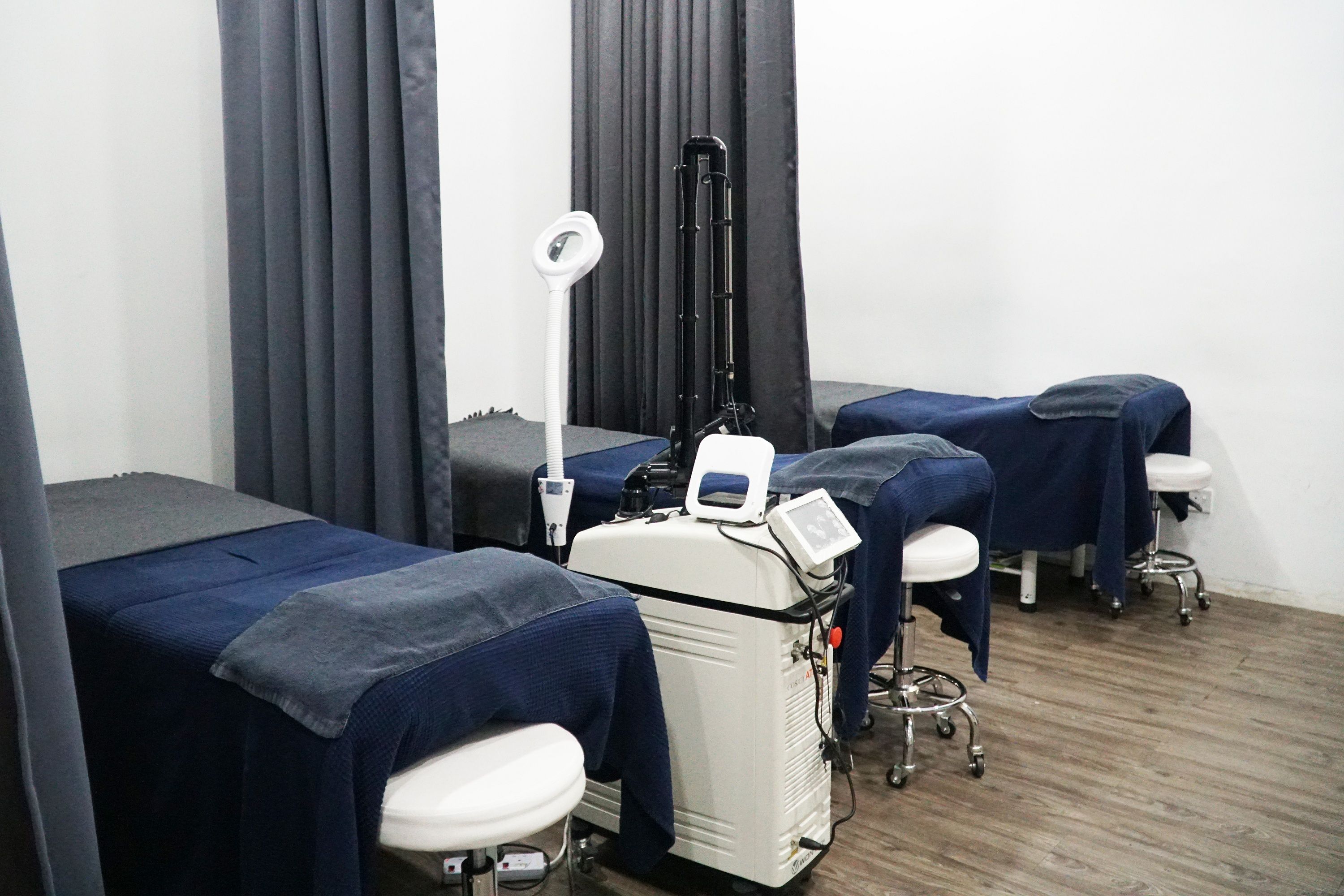 Laser treatments are often associated with pain and discomfort. It’s precisely why many steer clear of them – but we can’t blame them, as laser treatments in the past were uncomfortable for those with low pain tolerance. In the past, laser treatments were also targeted towards women with serious ageing concerns. Now, it’s a completely different matter – anyone and everyone can do laser treatments, whether you have sensitive or ageing skin. This is especially so with the One Doc Pico Laser.

Enter Picocare 450, the newest laser technology introduced in Malaysia by One Doc Medical. It’s the world’s fastest and most powerful laser for skin imperfections, including the more common concerns such as acne, pigmentation, and ageing skin. Ultra-short bursts of energy are emitted from the machine and into the skin in just picoseconds.

If you were to compare it to a regular laser treatment, one session of the Picocare 450 is equivalent to three sessions of the regular laser. Naturally, instant results are expected with such super-speedy treatments. Although it sounds strong, it’s actually suitable for all skin types.

Here’s our experience with the Picocare laser treatment at One Doc Medical.

I had to admit — I too, hesitated when we first heard of the treatment. Just the thought of laser beams penetrating through your skin at such high speeds sounds terrifying. Although I was assured that it was safe for all skin types, it’s always better to check with your therapist first before proceeding.

The entire treatment only took less than an hour, which was to be expected as the laser works in picoseconds. It starts off with a double cleanse – a standard procedure for any facial treatment – and then it went straight into zapping. There was no numbing cream required. I have combination skin and relatively normal pain tolerance, hence the treatment was not as painful as I imagined it to be. However, I wouldn’t say that it was a particularly comfortable or soothing treatment.

You will feel tiny stinging sensations here and there, including a burning smell in the air during the treatment. According to the therapist, it’s completely normal as the burning smell comes from your facial hair being burnt off. After five to seven minutes of lasering, and we were done. The therapist was attentive to my reactions during the treatment, so it’s always important to let them know if you feel any discomfort throughout.

After the laser comes the fun part — using omega lights to increase the skin’s recovery rate, followed by a cooling sheet mask to soothe the skin after all that zapping. 15 minutes later, I was free to go. Interestingly enough, I left the clinic with no redness on my skin, and the therapist even said that I was free to go about my daily routine immediately after the treatment. Zero downtime indeed.

Days after the treatment, my skin is noticeably brighter and had a nice glow to it for several days. Any existing acne disappeared the next day, which I felt was the most evident part of the result. After all, it was just after one session. Follow-up treatments are definitely recommended if you want to target severe pigmentation and/or large pores. However, if you are expecting a full-on relaxing facial treatment that comes with massages, this may not be the one for you. One Doc Pico Laser focuses more on producing results, and that’s what we agree too.

Skincare Beauty Review Facial treatment one doc medical aesthetic clinic
Jolin Lee
Contributor
Unlike most modern-day millennials, Jolin does not need caffeine or alcohol to power through the day (and night). Her eye for beauty is as sharp as her eyeliner flick, and she can spot your unblended eye makeup from a mile away.
Beauty Fashion Style Jewellery
Sign up for our newsletters to have the latest stories delivered straight to your inbox every week.

What are the active ingredients in skincare products and how do they work?

A beginners guide to incorporating retinol in your beauty routine