Judging by his recent looks on fashion week, we definitely saw this one coming. The new store concept is high-end, arty, minimalistic and grungy – to put it mildly. What you may notice first is the stainless steel, gold panels across the 5,000 square-foot space but the natural stones are the foundation to the store.

Hedi Slimane was heavily involved in the design process, including the furniture which Slimane described as ‘sculptural typologies’.

Basaltina, a Roman lava stone, is used for flooring. Ginger and cream-veined black granite are on the walls and shelving. Bianco Raffaello marble, grande antique marble and grey travertine are also seen scattered across the store.

Another key component in the store is the site-specific artworks, featuring contemporary artists such as James Balmforth, Jose Davila, Elaine Cameron Weir and Oscar Tuazon. 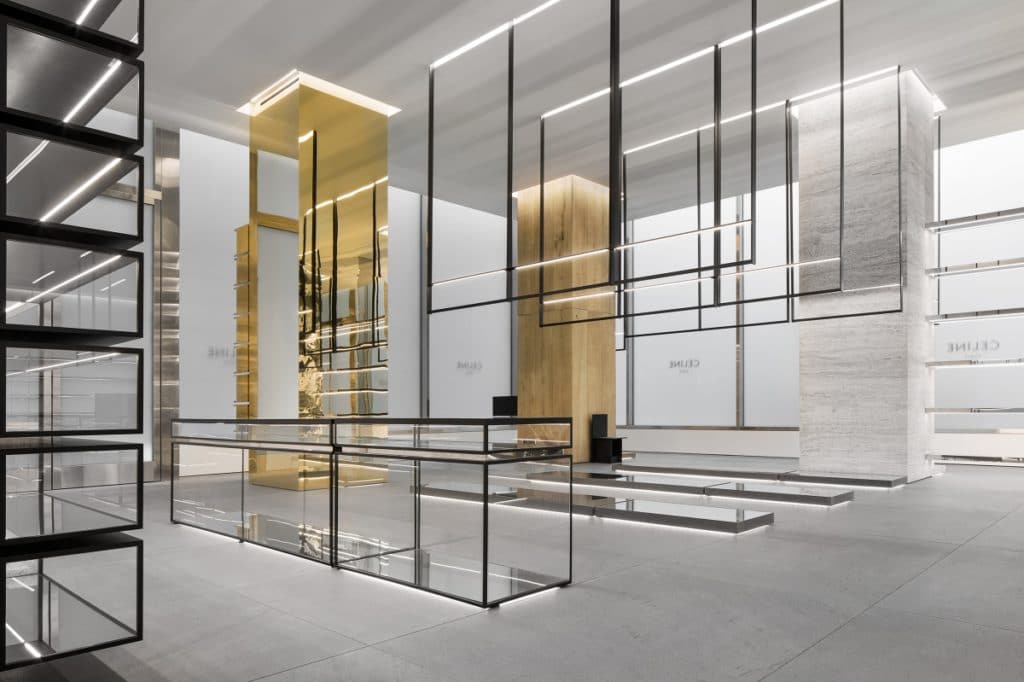 Culture
First look: Celine’s new concept store designed by Hedi Slimane
Share this article
Next article
The new Hedi Slimane-effect is spreading fast in the fashion industry - previously on runways and celebrities, now it's seeping into Celine's stores with the first one at Madison Avenue, New York. The recently revamped store now carries his well-recognised aesthetics, which will be subsequently implemented worldwide including the first standalone men's store in Hong Kong. Scroll through the gallery for more images. Images courtesy of CELINE