Home > Culture > Art & Design > 7 figurines like KAWS that you can buy: BE@RBRICK, Takashi Murakami and more

Culture
7 figurines like KAWS that you can buy: BE@RBRICK, Takashi Murakami and more
Share this article
Next article

Figurines contribute a sizeable portion to contemporary artwork by bridging the gap between inspiration and global commerce. Graffiti artists like KAWS have influenced the art world with their unorthodox designs and continue to pave the path for future designers.

Figurines like KAWS have a distinctive character, a perseverance force that keeps inspiring new artists who produce similar artworks. His COMPANION series has paved the way for modern street art and collectable toy makers.

And as more collectable toys are joining the virtual marketplaces, a new league of graffiti artists is bending the way we see modern art and urban vinyl art toys.

These designers’ toys are more expensive than traditional ones, as they hail from a conceptual design or follow a trendy topic that resonates with popular culture.

But before we get to the figurines that look similar to those made by KAWS, let’s look at who he is.

Culture
10 incredible facts about KAWS and his unique artworks 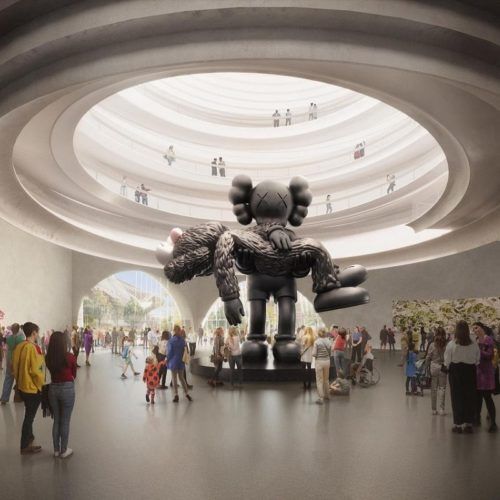 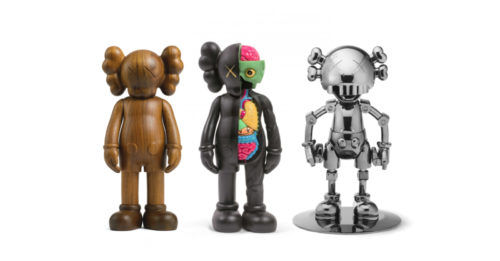 Brian Donnelly started as a graffiti artist. In his subtle artwork, he combines engineering, installation and graffiti art to make something remarkably powerful that will inspire and enthral artists and ordinary people alike. Interestingly, some of his creations are with no actual meaning or have no fixed purpose. However, they are equally incredible.

Donnelly started early on as a street artist and used KAWS as a tag for his artworks. Gradually, he created more complex creations that resembled cartoon character. He shot to fame with his first toy named COMPANION. In 2019, he designed a massive 121-feet-tall version of COMPANION, which was installed at Hong Kong’s Victoria Harbour.

Known for his quirky cartoon-like giant inflatables that have been spotted in the US, Singapore, Seoul and Taipei, his works are compared with creations of artists like Keith Haring and Jean-Michel Basquiat.

KAWS has been a part of several collaborations, too. He has worked with artists, singers, painters and fashion brands to produce unique and inspiring artworks. The KAWS Album is one such project which was sold by Sotheby’s for a whopping USD 14.8 million.

This LA-based Afrofuturist recreates iconic characters like superheroes by blending pop art, Manga and street art to create and represent them as people of colour. Other than his paintings, the iconic collectable toys by the street artist have undertones of Chicago’s AfriCOBRA collective, the African-American history, as well as his experiences with modern American life and being an African American. Brantley also draws inspiration from artists like Jean-Michel Basquiat and Keith Haring.

The renowned graffiti artist uses two main characters as his art core to portray complex ideas around nostalgia, mental psyche, inspiration and hope. They are FlyBoy and Lil Mama, who are changed or modded with capes and shoes according to recurring themes and pop culture references.

Brantley’s artworks are similar to that of KAWS’s since he uses the repetitive method of confining his characters into a recurring pattern of African American kids exploring the world and taking on roles of superheroes and protagonists of their own stories.

The Málaga-based artist’s figurines often showcase cartoon-like, wide-eyed characters with large heads, which are inspired by comics, cartoons and toys from his childhood. His artworks can be found as paintings and sculptures. Some of them include Who?, Respect, Thinking Boy and Do Not Touch.

Artists and collectors often compare the creations of Calleja to those of Japanese artist Yoshitomo Nara, as the latter’s, too, are based on children and animals with large eyes. However, the Spanish artist’s works differ from Nara’s works in terms of colour, representation and humorous messages.

Popular among art collectors, he has exhibited his artworks in galleries in Madrid, Barcelona, New York, Paris and Hong Kong, among other major cities.

Usually made with wood, resin and steel, you can buy Calleja’s sculptures that are available on public websites and art stores across the world.

Takashi Murakami is the founder of the concept of ‘Superflat’, a contemporary art form that blends modern fine art and pop art with anime and Manga. He uses a colourful two-dimensional style to create his signature popping figurines.

The artist creates sculptures based on themes like technology, violence and postmodern art and uses Japanese traditional visual cultures ukiyo-e and kawaii. Additionally, he curates his concepts from popular European, American and Japanese cartoons. One such iconic character is Mr DOB, which depicts a sharp-toothed character who looks cute and menacing, at the same time.

Murakami has used such core designs for almost all his figurines, which are also available as NFT collectables on trading platforms like OpenSea.

Transforming traditional teddy bears into designer toys that can go up to USD 160,000 at auctions is what makes BE@RBRICK so special.

Tatsuhiko Akashi, the founder of the Japanese company, Medicom Toy, created BE@RBRICK for the 2001 World Character Convention in Tokyo. It was conceptualised based on the request by organisers to make a toy they could gift to the attendees.

In 2000, the teddy bear soft toy was celebrating its 100th anniversary. Inspired by the look of the toy, Akashi came up with the idea of placing the bear’s head on the body of a Lego-like humanoid figure. The following year, BE@RBRICK was launched, which are now not just toys you’d want to add to your collection but a prized artefact some aspire to own.

The toy’s immense fame has helped it expand its universe of collectables. Along with brand collaborations like Chanel, Nike, X-Large, Hermès, CLOT, Levis and Stüssy, it has joined hands with musical groups like Korean boy band BTS, Daft Punk and Sandaime J Soul Brothers.

Known for his anatomical figurines based on popular toys and cartoons like One Piece and Mr Potato Head, Jason Freeny has been one of the most influential artists of the 21st century.

His work mainly includes easily identifiable figurines and shares a similar use of motif representation to those made by KAWS. His artworks showcase cutaways of well-known cartoon characters, representing the aesthetic science behind the bodies, including the organs and skeletons.

He has used this art form to sculpt iconic toys based on characters from Lego, Barbie and Japanese anime.

Sesame Street: Ernie (retro) and the limited-edition ANATOMICAL MUCKEY “Hazel” SOFUBI are some of the figurines that display Freeny’s precision over his art.

The Sydney-based artist is known for his unconventional creations that often illuminate different themes of modern-day society like religion, gender and sexuality.

Ramesh Mario Nithiyendran creates complex figures that are hard to define and not easy to put a label on.

For instance, his Blue Seated Figure (2020) has four primary materials — earthenware, glaze, lustre and synthetic hair, which he uses to create a part-human figurine with disproportionate body parts and subliminal messages on the torso.

He uses Hinduism, Christianity and internet trends to create complex art pieces, mostly made of clay. Nithiyendran believes that by using clay as the source material, artists can engage with the present, past and future on a philosophical level. He bases this idea on ancient Sumerians’ belief that the gods created the first human with clay.

Known for using a mix media of bronze and illumination, Paige Bradley presents the universal themes of isolation via her powerful, inspiring and larger-than-life sculptures.

She uses different sizes and colours for her work and has over 15 recurring themes through which she has showcased her art. These include figurines of couples, dancers, metamorphoses and goddesses.

The core of her art usually revolves around a human-like body, which she uses as a vessel to express her observations of emotions and society. They convey an important message to the present generation and how far human beings have reached in terms of emotional intelligence, sympathy and clarity.

One of her most recognisable works includes the life-size Expansion, which is a 36 x 47 x 21-inch sculpture of a woman made with bronze and illuminated through the cracks on her body.

Although her statues are not available for sale online, buyers can inquire about the pricing and availability via email to information@paigebradley.com.