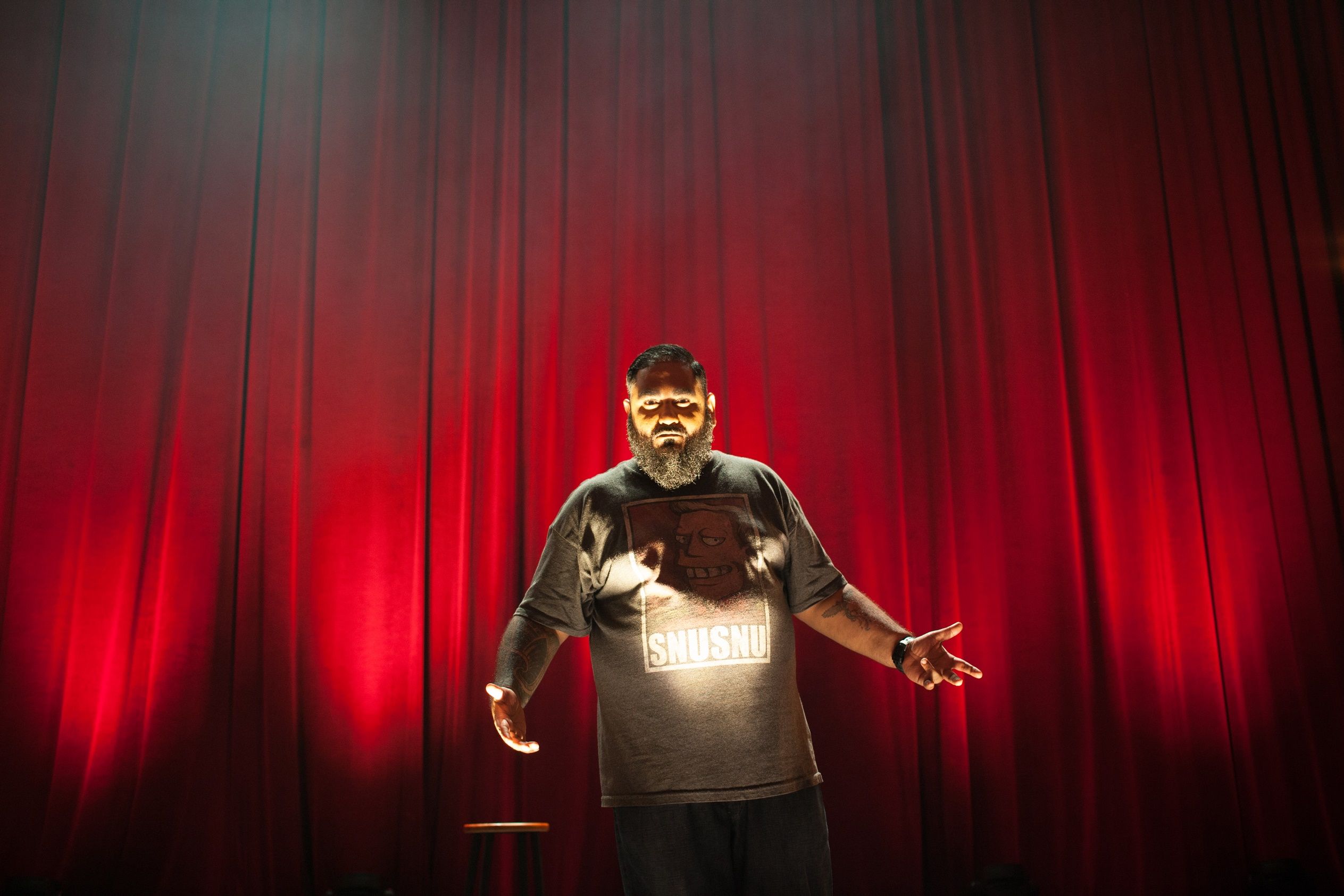 Malaysians have a lot to be proud of at the moment. In this period of transformation we find ourselves in, one local comedian’s life has altered drastically. Stand-up comic Kavin Jay was offered his very own Netflix special and when it aired in February, Everybody Calm Down was an unmitigated success. It ranked 8th on The Wrap, and 11th on IndieWire for best stand-up comedies on Netflix.

We caught up with Kavin Jay to discuss his experiences, as well as the future of comedy in Malaysia, in a time of unprecedented change.

Why did you decide to get into stand up?
I was an engineer and studying in the UK when I was exposed to stand-up and got hooked on watching live shows. When I returned to Malaysia I realised that there was a void of stand-up comedy here. At the time, there was only three stand-up comedians, Harith Iskandar, Jit Murad and Joanne Kam. So there were not many shows that I could go to and enjoy. I had the thought then that this would be a great place to become a stand up comic! As a young 21 year old, I said to myself, “You know what, I can do this tomorrow. Let me enjoy my life first.”  So I naturally ended up procrastinating. When my brother passed away in 2006, it hit me hard that life is too short to not do what you want to do.

So I mustered up the courage and I got round to organising 150 friends in a pub, got on the stage and told them jokes. It could not have gone worse. I had no idea what I was doing. I was funny in conversation and I thought stand-up was the same thing but it certainly wasn’t. I kept at it and I always felt I had done a terrible job, but every time I thought I was going to call it quits, I kept on getting calls asking me if I wanted to do a gig here or there or at this event. Clearly weren’t enough comics around. So after a while I got better and better, learning from my mistakes and honing my art, Then one day it all exploded when Time Out came to KL and they realised that there weren’t enough comedy shows in town and started the drive for it. Living
Mothers in Business: Datuk Rosaline Ganendra tells you to plan like never before

Has comedy suffered in Malaysia due to repression of free speech and are comedians scared of being reprimanded for their jokes?

About eight or nine years ago, The Comedy Club KL had a show and they had one local comedian come on who made some political jokes. It was a corporate show with a sponsor and one of them got offended and made a complaint. After that, at all subsequent shows we put on, Special Branch were at our gigs recording everything! We knew they were there. They always looked disinterested, with the recorder out on the table. After a while I think they must have realised that we were preaching to the converted anyway and it didn’t make a difference. We weren’t changing anyone’s minds. If we said what we did on TV it would be an issue but comedy clubs and comedy shows aren’t political rallies or changing the minds of fence sitters.

Having said that, over the past few years there have been scandals that are very difficult not to talk about. The trick is to be clever with it. So instead of talking about 1MDB outright, you have to use it as a context as opposed to the subject of the joke. For example when I’ve done corporate shows and I am told I can’t make fun of 1MDB, then I won’t. But I will mention it as a vehicle to drive a punchline about something completely different. 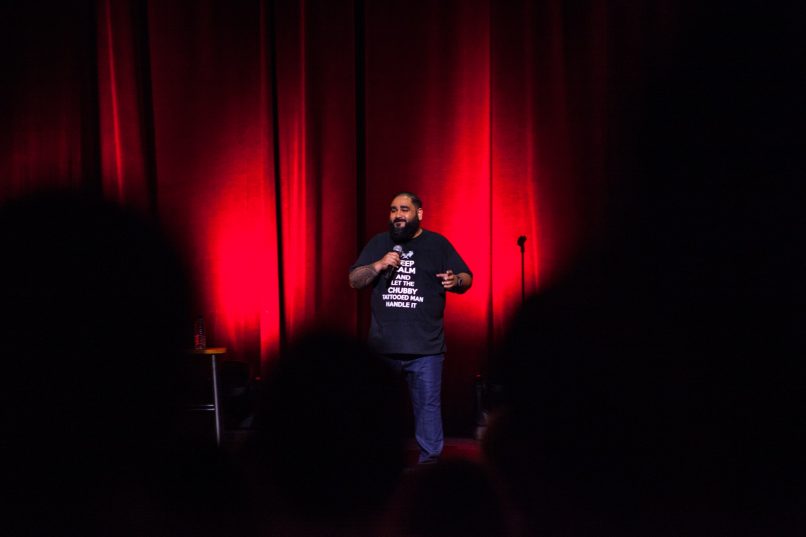 Culture
State of Art: 5 Exhibitions to see in KL this May 2018

Do you think that Malaysia will ever get to a point where free speech, especially for comedians, will be unbounded completely?

The hope and the promise is always there but we have to be very cautious. After the last elections there are a lot of emotions running high. I think it has come to a point where although we are free to criticise the current government, the emotions run so high that people are already feeling protective over the new government. If you go out and make jokes about them now some people will immediately pull away and take offense. The irony now is that beforehand, people wanted comedians to make jokes about the government but now there is a danger that the same people don’t want you to because they are feel it really is their government.

You are now travelling around the world to do stand-up. Is it harder for foreign audiences to relate to your stories?

I just came back from Zimbabwe. I never thought that my comedy could go as far as Africa. What I knew of Africa was stereotypes and how different they are as a culture compared to us. Yet when I went there for the first time, I realised actually we have a lot in common. We live very much the same life. I mean they are constantly ‘on their way’ as well – their goodbyes take two hours like ours – they were smacked as children by their parents, as I was and their traffic sucks! So they do understand and relate to the way of life we have and understand the comedy.

As an audience comedy is becoming more universal. There are less cultural borders and now people are more exposed than ever before. It doesn’t matter where you come from, you relate to other people’s humour more.  In Malaysia we grew up with a lot of skit-based comedy but now there is a higher demand for stand-up. In the US, Trevor Noah is the host of The Daily Show, even though he is from South Africa. In Australia, Asian comics are getting more stage time than anyone else. People are starting to recognise other points of view and appreciating it. Who are the comedians who influence you the most?

Eddie Izzard has always been a favourite. Rod Gilbert, a Welsh comedian, is probably my compass for comedy in many ways. I feel a lot in common between my personality and his. I love Trevor Noah as well, I love great story-telling comedians.

Netflix is probably the largest platform for comedians at the moment. How did you get the Netflix special and what comes after it?

Yes, it is! I have no idea what happens now ! I was at the shoot for Harith Iskandar’s special and only about 10 minutes before it started I was told I would be the opening act! I was in my scraggy clothes and torn jeans and shoved on stage. I did what I did, told my jokes and Netflix approached me after and said they were so impressed they were looking for another addition on the line up! That’s how got my own special! 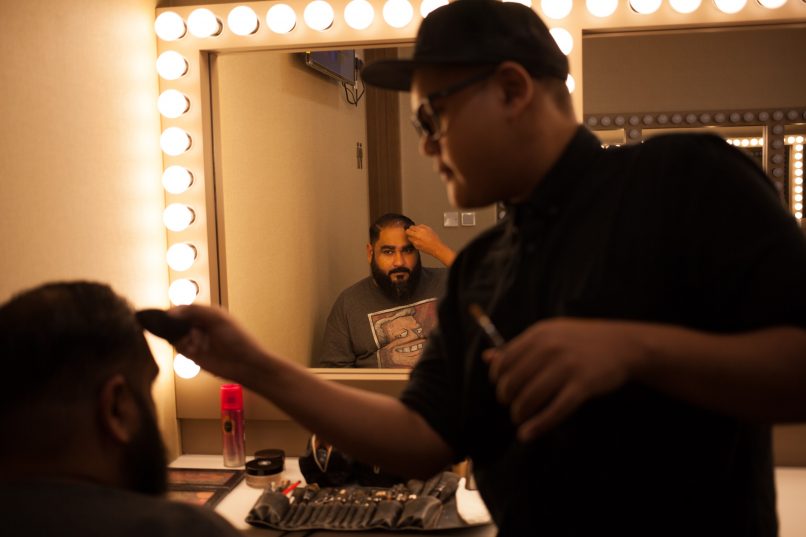 What would your advice be to people wanting to get into stand up comedy?

Do not quit your day job! From the first time I decided to do stand up comedy to when I finally became a full time comedian, it took about nine years. The live entertainment industry is a very uneven and inconsistent income. There are so many big bands in Malaysia, huge names that I know of, who still have a day job. They are releasing their 13th album and still accountants during the day! The industry is very small here so there is not that much money going around. Unless you’re doing corporate shows all the time, you will not be flooded with cash. You don’t know what you are going to get and when it will happen.

Also work hard at it because it’s a long, hard road. No one is an overnight sensation. When Russell Peters became big no one talked about the 15 years he did before that. When Kevin Hart made it nobody asks about the 10 years he worked hard before then. Now I have a Netflix special no one will talk about the tough 12 years I spent getting here! The good thing is there are a lot of comics out there who have paved the way for the new generation. When I first started out there wasn’t even an open mic night in KL. We had to go to pubs and knock doors and just ask whether we could get up and tell jokes. If you had told me 12 years ago that a Malaysian comic would have a Netflix special I would have never believed you. But now that dream is possible. 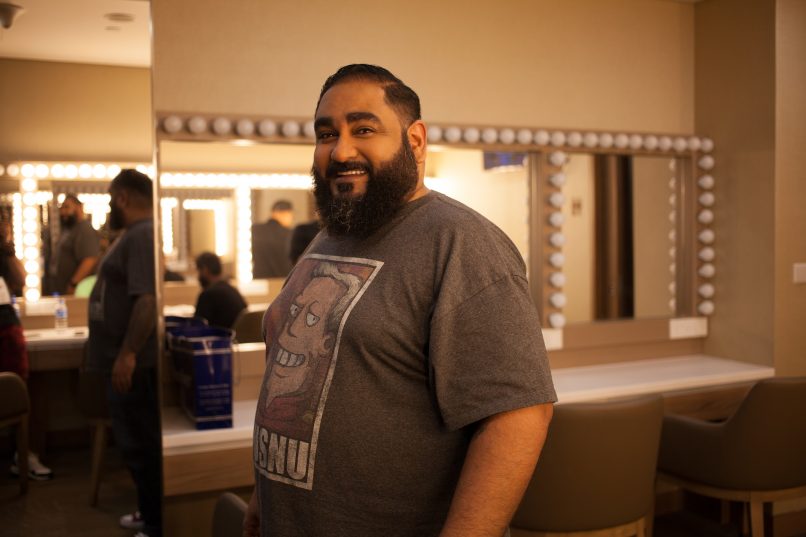 What have been your most embarrassing moments on stage?

There has been far too many. I had a gig at the opening of a nightclub and I knew it was a bad idea because it was ‘a dollar a drink’ promotion. By the time we went on at 10.30pm people were very well lubricated and shouting, climbing on the stage. Someone grabbed the microphone of me and started telling ‘knock knock’ jokes.

There was once I was late to a corporate show and as soon as I got there I had to go on. I grabbed the mic and started telling jokes and didn’t get any response from the audience whatsoever throughout the whole thing. As soon as I got off the MC started speaking Tamil and the agent runs up to me and said, ‘I thought you were going to do your jokes in Tamil!’ The wrong response I gave is ‘Do I look like I speak Tamil?’ Obviously I do.

‘Kavin Jay: Everybody Calm Down’ is now available for streaming on Netflix