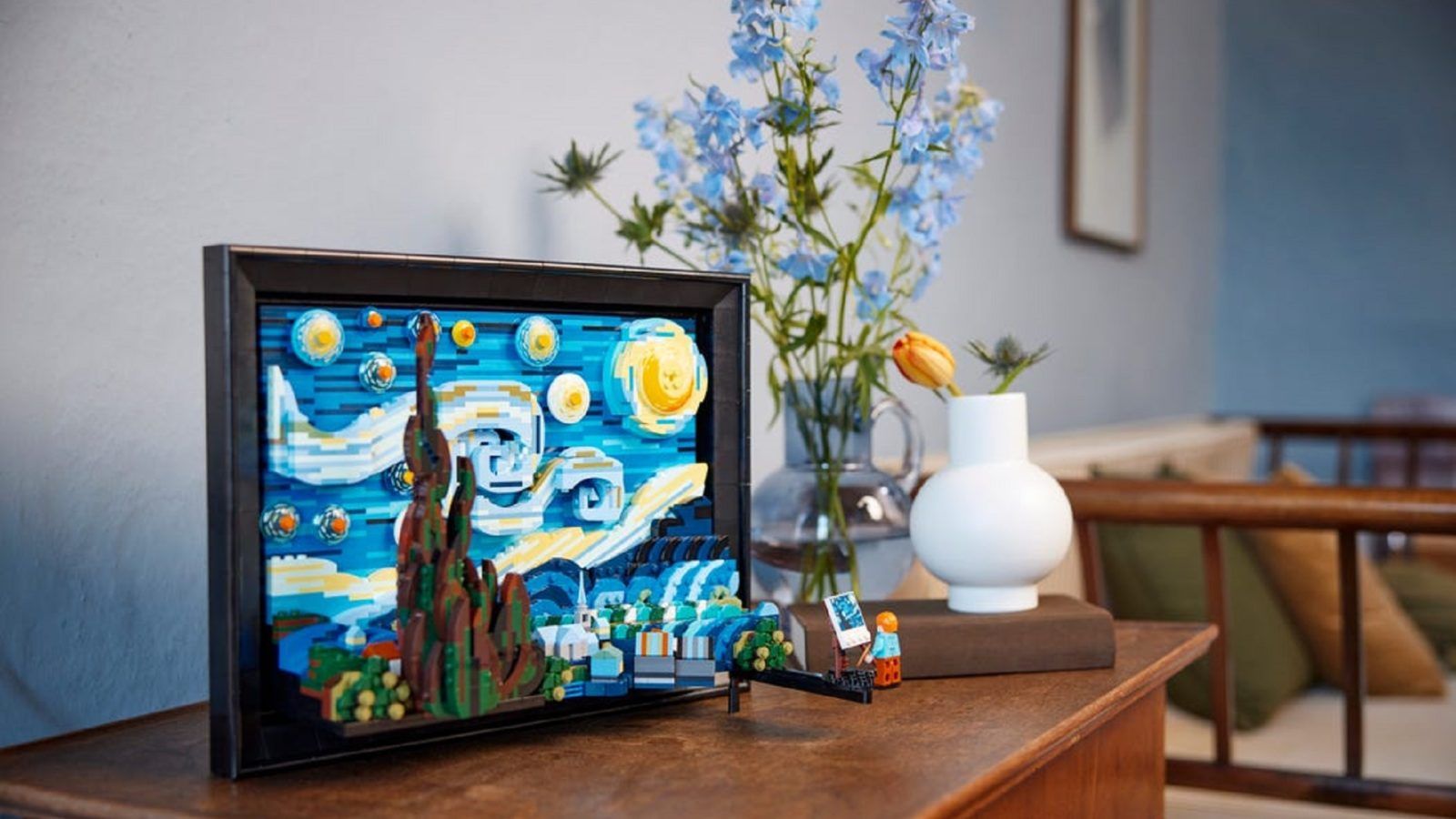 LEGO has re-imagined Vincent van Gogh’s masterpiece The Starry Night in brick form. Fans of the classic toy can now reproduce the iconic painting using LEGO bricks, complete with a miniature version that appears to show the artist at work.

Vincent van Gogh painted The Starry Night in June 1889 while he was at the Saint-Paul-de-Mausole asylum in Saint-Rémy, France. He was inspired by the night sky he could see from his window. MoMA acquired the painting from a private collector in 1941.

LEGO’s model contains 2,316 bricks, each of which carefully follows the artist’s colour theme and brush strokes. Once properly arranged, LEGO Ideas The Starry Night set looks like a 3D rendering of real The Starry Night.

It successfully presents the twinkling stars, the moon and the village that can be seen in the original painting.

An extension of the toy features a minifigure LEGO van Gogh along with a miniature version of the painting, brush, palette and an easel to make it appear as if the artist is at work making his masterpiece.

The toy measures 38 cm in length and 21 cm in width. It has a height of 28 cm. The set can be displayed standing or hung from a wall.

The toy was designed by Truman Cheng, a 25-year-old PhD student from Hong Kong.

Cheng submitted his design on the LEGO Ideas platform, where fans of the toy can share design ideas for public voting. The winning ideas are reproduced by LEGO in toy form.

“It was a good brain tease to come up with tricks and techniques to capture the look of the original painting,” Cheng was quoted as saying in a statement issued by LEGO. “The brushwork goes into many directions in the moon and the swirling cloud, so there was some creative use of bracket and clip elements involved.”

Lego Museum of Modern Art vincent van gogh The Starry Night
Manas Sen Gupta
Manas enjoys reading detective fiction and writing about anything that interests him. When not doing either of the two, he checks Instagram for the latest posts by travellers. Winter is his favourite season and he can happily eat a bowl of noodles any time of the day.
Travel Culture Entertainment Food
Sign up for our newsletters to have the latest stories delivered straight to your inbox every week.