Culture
Novelist Bernice Chauly: ‘You can’t control culture, it thrives on chaos, conflict and uncertainty.’
Share this article
Next article

She’s a novelist, a poet and an educator. She is the award-winning author of six books of poetry and prose. Bernice Chauly, is an unforgiving and powerful voice of her generation. Since 2011, Bernice has also directed the George Town Literary Festival, which under her leadership, won the Literary Festival Award at the London Book Fair’s International Excellence Awards 2018. She is an Honorary Fellow in Writing from the University of Iowa’s International Writing Program (IWP2014) and currently teaches at the University of Nottingham Malaysia.

Set during the ‘Reformasi’ movement of 1990s Malaysia, Once We Were There which won the Penang Monthly Book Prize 2017, is a politically charged novel, brimming with drugs and sex whilst tackling race and religion.

It challenges everything that is considered taboo in Malaysia. Bernice gives us an insight into her process, the challenges she faces when committing her ideas to paper and being an outspoken female voice in Malaysia’s literary world.

Is being a writer a gift or a curse?
Well it is certainly both. When you choose to become a writer it is because you have a story to tell and you are compelled to do so. All good writers have a responsibility to relate to future generations of the times they lived through. They provide a snapshot of history. The gift is to be able to develop the skill and talent of telling that story so it means something to the audience and gives them something they can then relate back to.

However, writing is not an easy process. It is extremely exhausting, mentally and physically. ‘Once We Were There’ is very much a story about loss and I had to write about my character losing her child. As a mother myself, it was an extremely painful process, putting myself there in that mindset so that the emotions translate clearly onto the page. I locked myself in a room, secluding myself to work out that horrible episode. That can be the curse of writing. That you can begin to lose your sanity from the sheer effort and exhaustion of stringing one good sentence after another. 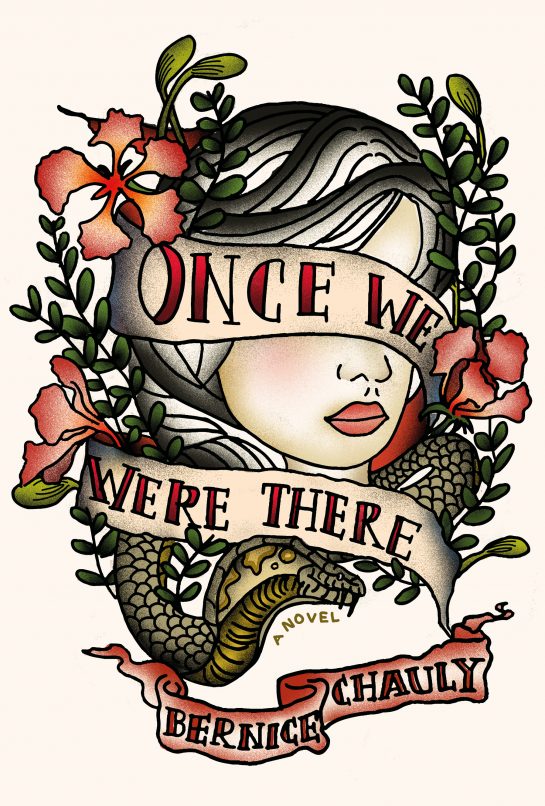 What is the biggest frustration for authors with the publishing process?
I am lucky to have such a great editor. A big frustration any writer will come across is having their work edited. This is especially true when you have poured your heart and soul out into a novel, only to be told you have to make a drastic change.

For me it was how I finished my novel. I wanted to leave the reader in suspense, allow them to make their own conclusions but I was told I had to have a proper ending, that I had to leave some glimmer of hope for my audience. I racked my brain for ideas, spending a whole flight from London to KL trying to come up with something. It only came to me when just as I had landed and I got it all down in an hour. The brain is a muscle that is being constantly worked out and the more creativity you to commit yourself to, then the better you become. Being forced to edit my own work, especially something as significant as a different ending was frustrating but it forced me to becoming a better writer.

State of Art: 5 Art exhibitions to see in KL this April

What responsibility do you feel as a female literary voice in Malaysia?
Well any writer whether male or female has a responsibility for what they produce. I think that being a female and especially having used a lot of racy and unforgiving elements in the book has made me an easier target for unfounded criticism and trolling. I don’t pay any attention whatsoever though. You have to accept that whatever you publish is there for all to see and you’re not going to please everybody.

You have to write just as much as for yourself as for your audience because ultimately it’s your story. As for Malaysia, my book was far too spirited for publishers here even more so if such racy elements came from a female voice. I had to have it published in Singapore.

How do you feel the the internet and the rise of social media has impacted the literary world?
It is certainly necessary and there is no denying it is a benefit for the literary world. It connects like minded thinkers together. It opens up a whole world of literature both professionally published and private.

However, it is hugely disconcerting to see how many writers out there are publishing just for pure instant gratification. There are so many online poets who write a couple witty lines a day to rack up the ‘likes.’ Writing should take blood, sweat and sacrifice. It should be painful and revealing. You are baring yourself to the world with your words, not just searching for affirmation from your account’s followers. 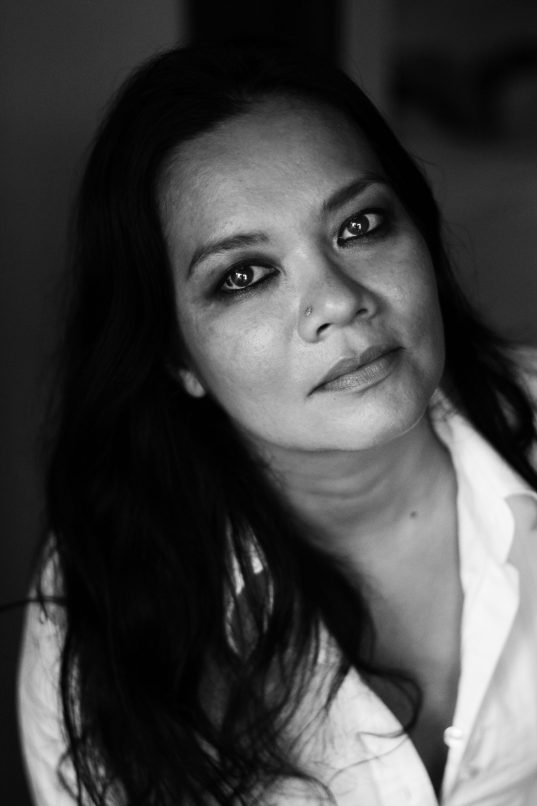 How far has the country come and how far does it have to go when it comes to supporting artists and writers?
The Georgetown Literary Festival is now the largest international literary festival in Malaysia thanks to the State Government of Penang and we are extremely grateful for having been recognised with a Literary Festival Award at the London Book Fair’s International Excellence Awards this year.

However, Malaysia at large and culture as a whole is a different story. We live in a time in Malaysia where the arts is at risk. How much a government supports arts and culture is a sign on how civilised that society is. Here independent artists are seen as a threat to the idea of a Malaysian ‘culture’ that the government is trying to portray and rubber stamp. But you can’t control culture, it thrives on chaos, conflict and  uncertainty and the arts are merely mirrors which society holds up to itself. Nurturing it is the only way we better ourselves as a people.

Naturally, we do not get enough funding at all for the literary arts other than from very generous private donors. The lack of funding and support is obvious when it comes to representation on the international stage. The last invitation into the Hawker Prize for South East Asian Poetry had 57 entries, only 5 were Malaysian. All those 5 were from the University of Nottingham Malaysia, where I teach. It was very disconcerting to think there were no poets around the rest of the country  being encouraged to enter a great international competition.

What advice would you have for young writers in Malaysia today who want to be published?
First and foremost you have to put yourself out there and never compromise on your values and ideals. If you are self-censoring or scared to say what needs to be said then you are not telling the story the way you should be. Take the risk even if there are consequences. Write about what is happening around you and how you feel. You have to be unforgiving. The best writers have come from times of revolution, pain and distress. Also do seek out residencies. There is no way I would have been able to do my novel without residencies overseas. The idea for the novel first came to me when I stayed at the Anne Frank family house, thanks to the Dutch Foundation for Literature.

What have we got to look forward to from Bernice?
Star wars has been a huge influence on my life so I have always wanted to do something science-fiction. Issues that I want to talk about now is global warming and the role of robotics in our future. So look out for a dystopian story about a female cyborg and agriculture in a world that is wasting away!

Featured image of Bernice Chauly speaking to an audience is courtesy of Georgetown Literary Festival.

In memory of Christo, the artist who transformed landscapes around the world

Roy Lichtenstein’s Brushstroke might fetch up to RM130 mil. at Sotheby’s