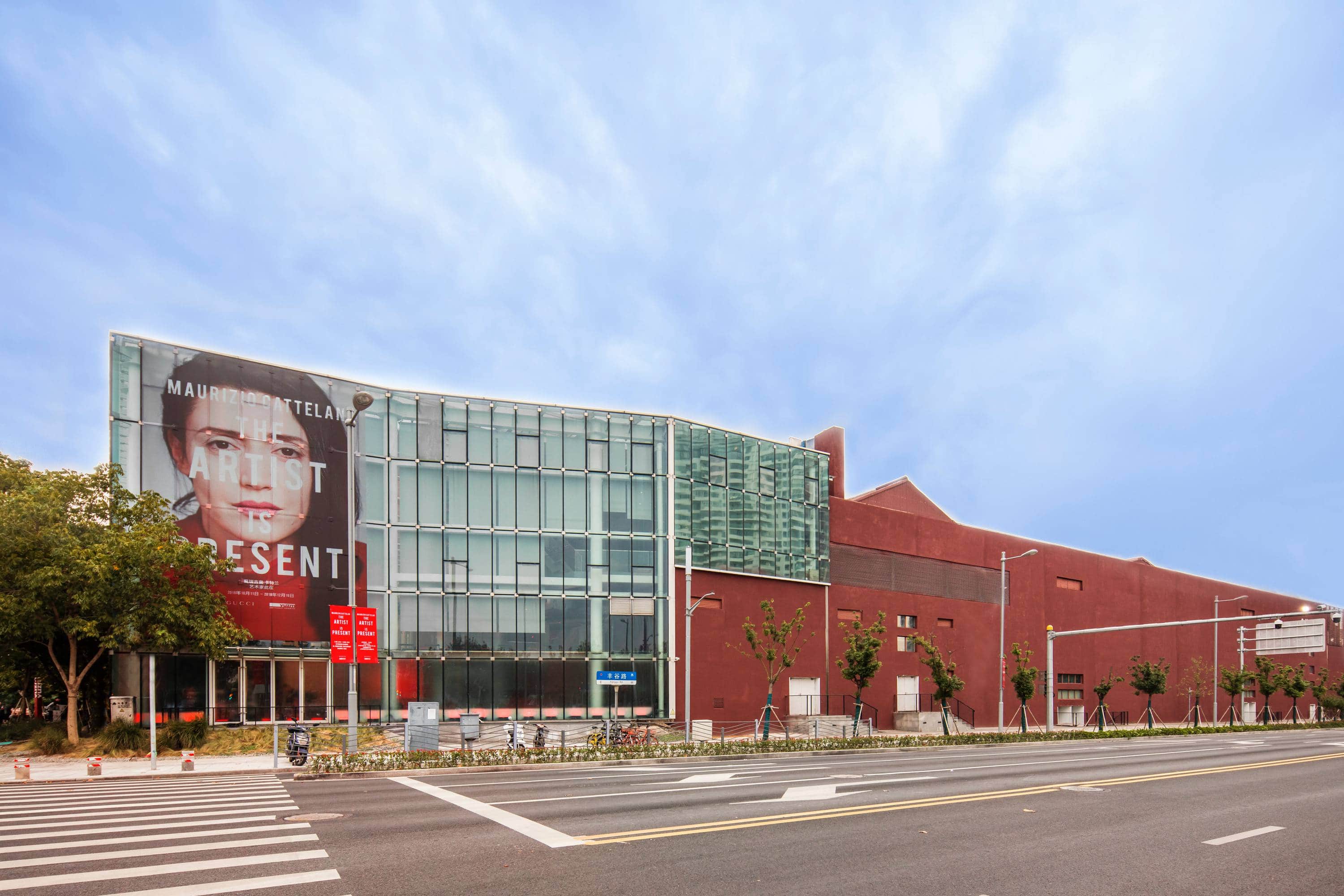 Most of us had a Lego childhood. Whether from the 1990s, 2000s, or Generation Z, we share a common playtime of unleashing our creativity with Lego building blocks. And of course, with that, the immense pain of accidentally stepping on a piece of Lego. But while most of our Lego playtime went away with age, Andy Hung has gone ahead to make it his career. And his latest creation? A Gucci Lego Sylvie bag, displayed at The Artist Is Present exhibition in Shanghai.

The Hong Kong-based artist started his journey with Lego similarly to the rest of us — he got his first set of Lego from his parents. It was only in his teenage years that he began a deeper understanding of the building techniques behind Lego creations. Through years of entering competitions and building intricate Lego sculptures, he was noticed by the toy company and given the title Lego Certified Professional (LCP).

We spoke to Hung to find out his journey with making Lego creations and his three-month process of creating a life-sized version of Gucci Lego Sylvie, one of the fashion house’s iconic bags.

Living
Rule Book: Sheena Liam on not subscribing to labels and creating your own market
When did you discover that you had an innate talent for creating Lego sculptures?

I think there was not really a point — it was more of a process, as learning always is. When participating in many Lego building competitions, I got more and more input from the judges, and that helped me improve my skills. The feedback I got was what led me to do better until I won my first competition in 2011.

How did you turn Lego building into a full-time career?

It’s a bit of a long story but to summarise, Lego is a company that encourages creativity. They have a constant stream of activities involving different people, which is how I had the chance to connect with multiple Lego officers. They gave me plenty of great advice and recommendations, which culminated in me being a Lego Certified Professional (LCP).

What was the first Lego creation that got you noticed?

The first creation that got me noticed was the Wong Tai Sin Temple I built for a competition in 2010.

How long did it take you to create this Gucci Lego Sylvie?

All in all, it took around three months. This period involved a lot of time taken to study the model of the bag and frequently exchanging insights with the Gucci team — while I kept fine-tuning the sculpture.

Ever since I laid eyes on the bag, I considered all the challenges I would face — such as picking the right shade of vibrant colour and creating an interesting texture despite the sharp angle of the Lego bricks, all while being respectful of the original bag’s design.

What did you like about the Gucci Sylvie that made you want to do this Lego piece?

I like challenges. I like to be inspired and pushed to do better. I never actually thought of recreating a luxury piece such as a Gucci bag before this. Hence, it was very exciting and a privilege to be in contact with their team.

What other Gucci creations would you like to turn into Lego sculptures in the future?

I think Gucci has such a wide range of exciting and fashionable products — I cannot possibly pick just one! They would all be challenging and inspiring to recreate. Although, I could start using Lego bricks to build the Gucci pieces that my wife would like me to buy her — that would be cheaper!

The Artist is Present exhibition by Gucci will be running in Yuz Museum, Shanghai until the 16th of December 2018.

(All images courtesy of Gucci.)

Gucci Gucci Sylvie The Artist is Present gucci shanghai exhibition the artist is present gucci the artist is present shanghai fashion exhibitions 2018 gucci lego sylvie andy hung andy hung lego
PohNee Chin
Editor, Kuala Lumpur
Poh Nee is the editor and writes about travel and drinks. When she's not living out her holiday dreams via Google Earth and sipping on an Old Fashioned down at the local bars, you can find her snug at home bingeing on Netflix and mystery fiction.
Travel Drinks