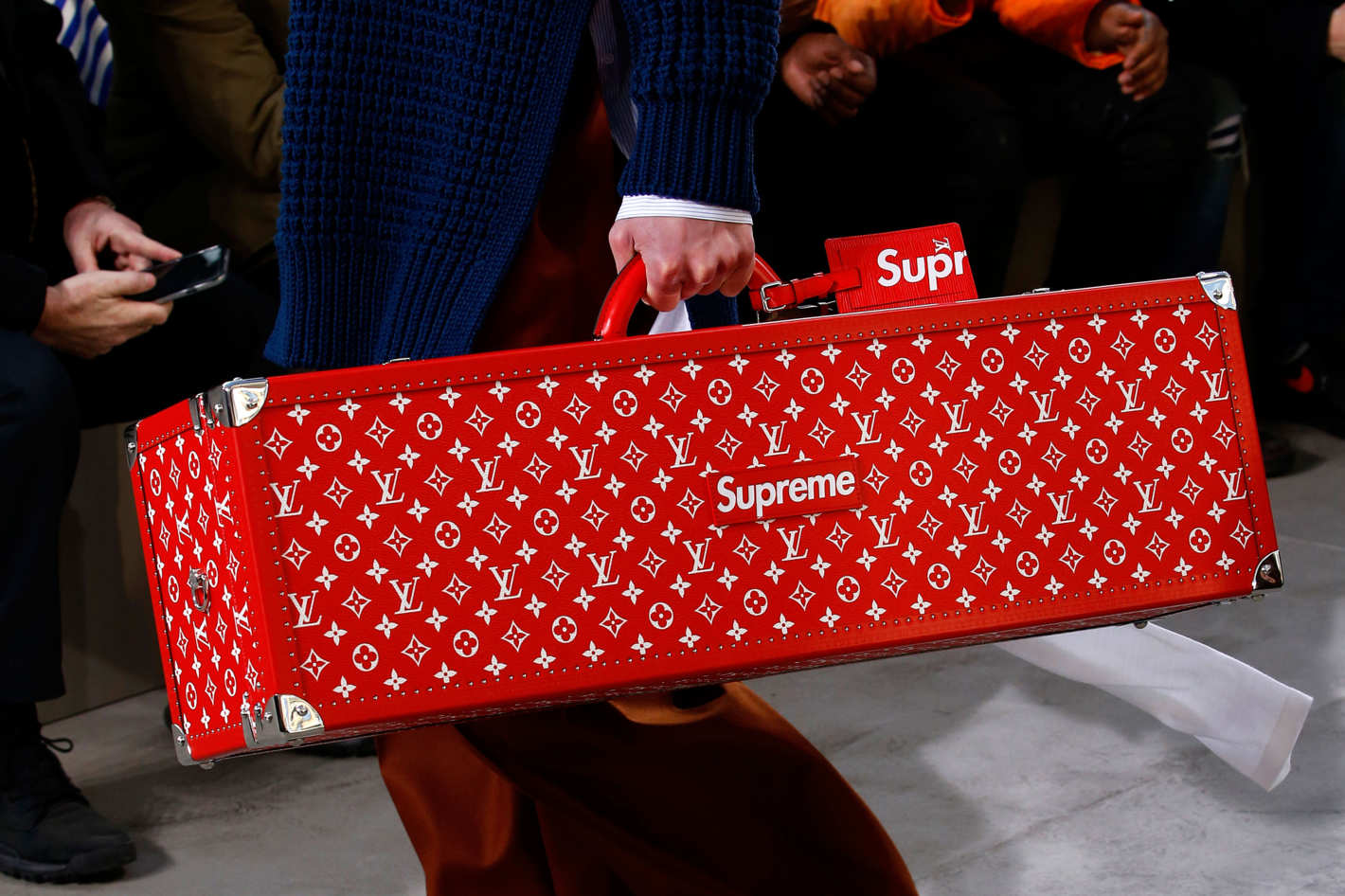 The unexpected collaborations of 2018 that shook us all

Collaborations are like a double-edged sword; it either works out great for both parties or it doesn’t. The art of collaboration has been around for quite some time with many big name brands in its respective industries collaborating with the most unexpected of partners. While successful collaborations are heralded as a “genius move”, failed collaborations are seen with loathe from consumers and other brands alike. Thankfully, the collaborations of 2018 have been great so far without much of a hiccup.

But over the previous years, there have been certain high-profile collaborations that made front page news. One of this belongs to Lego, the Danish toy company and Shell, the multinational oil and gas company. Being in a branding partnership that worked for the better part of 50 years, it all came crashing down in 2011 when non-governmental environmental organisation, Greenpeace spoke out about Shell’s questionable environmental practices. This led to a viral YouTube video, which depicted a Lego version of a Shell drill rig flooding the arctic after an oil spill.

So far, collaborations of 2018 have scored with the general public. While some did get its start back in 2017, it is still relevant to date because of the amount of exposure surrounding it. This ranges from an art exhibition to two fashion juggernauts of different spectrums as well as coffee and a Swiss army knife. Whether it’s for the betterment of your everyday life or to open your eyes to a deeper appreciation for the arts, be sure to read on to find out how these collaborations got its start. 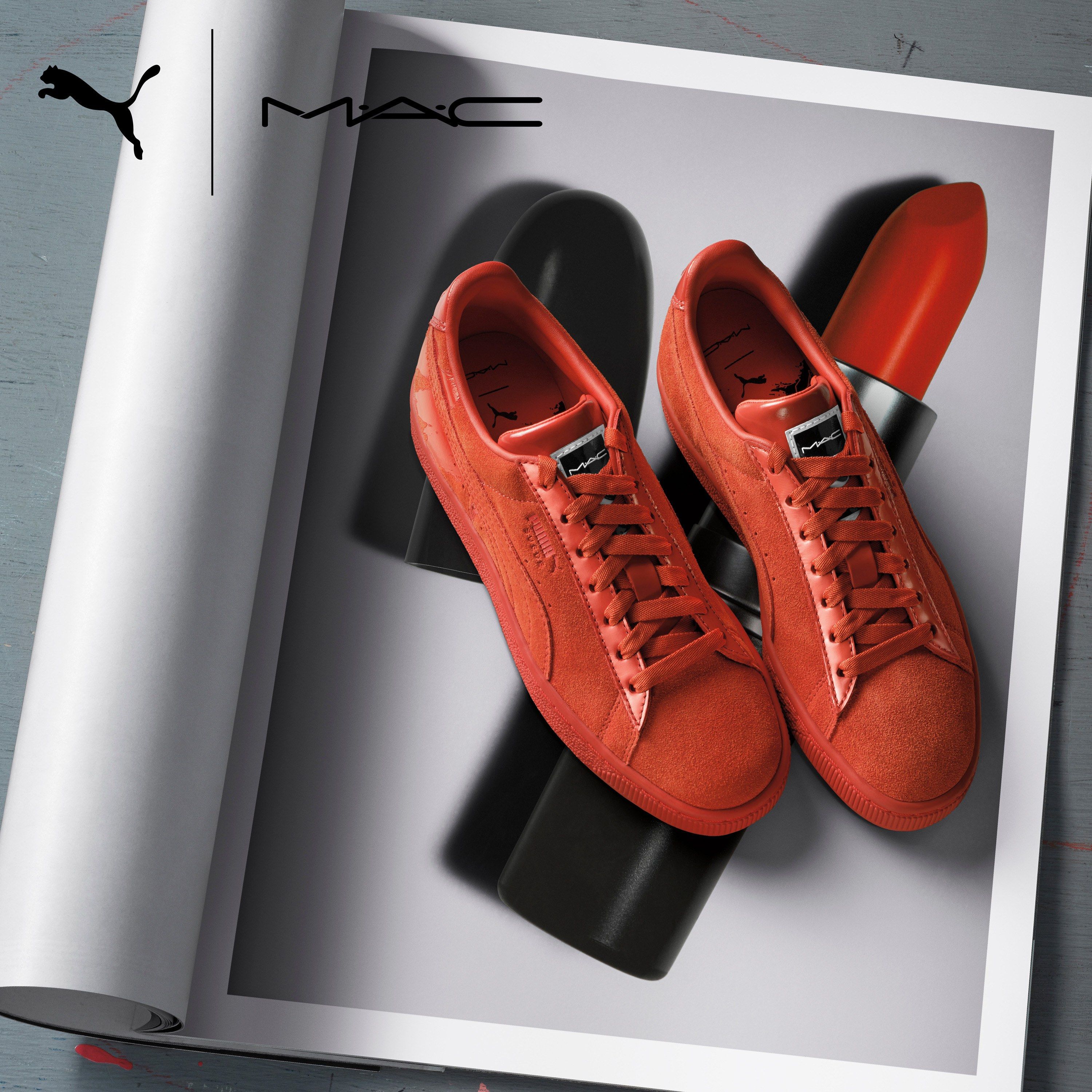 When it comes to cosmetics, there’s none quite like M.A.C with its bold and striking lipstick shades and palettes to name a few. And then there’s Puma, a German sports brand that specialises in shoes and apparel. When put together, one can’t even begin to fathom a collaboration between the two, yet here we are. Launched back in May 2018, the collaboration with two of the most unlikeliest of brands brought forth three distinct sneakers in Puma’s latest lineup. Wrapped in suede, the shoes’ three silhouttes feature M.A.Cs signature lipstick hues: Lady Danger, Créme d’Nude, and Sin. Unfortunately, these shades are more suited towards the ladies but gents are welcome to give it a shot to see if it’s your thing.

One is at the top of the chart when it comes to high-end fashion while the other is considered a ‘holy grail’ amongst streetwear enthusiasts. Put them together and you get a collaboration that many hoped for but don’t really expect. The irony? Back in 2000, LV actually filed a lawsuit against Supreme. After releasing a series of skate decks, T-shirts, and beanies emblazoned with LV’s signature monogram print. After sending over a cease and desist letter, the matter was dropped entirely and fast-forward 17 years later, the two have paired up for what can be considered the collaboration of 2017. Featuring jackets, hoodies, T-shirts, and other accessories with the signature LV monogram print as well as Supreme’s box logo design, the release of this highly-anticipated collaboration sent shockwaves to the fashion industry. This marked the day that high-street fashion and streetwear land on the same footing and erased any lines between the two. 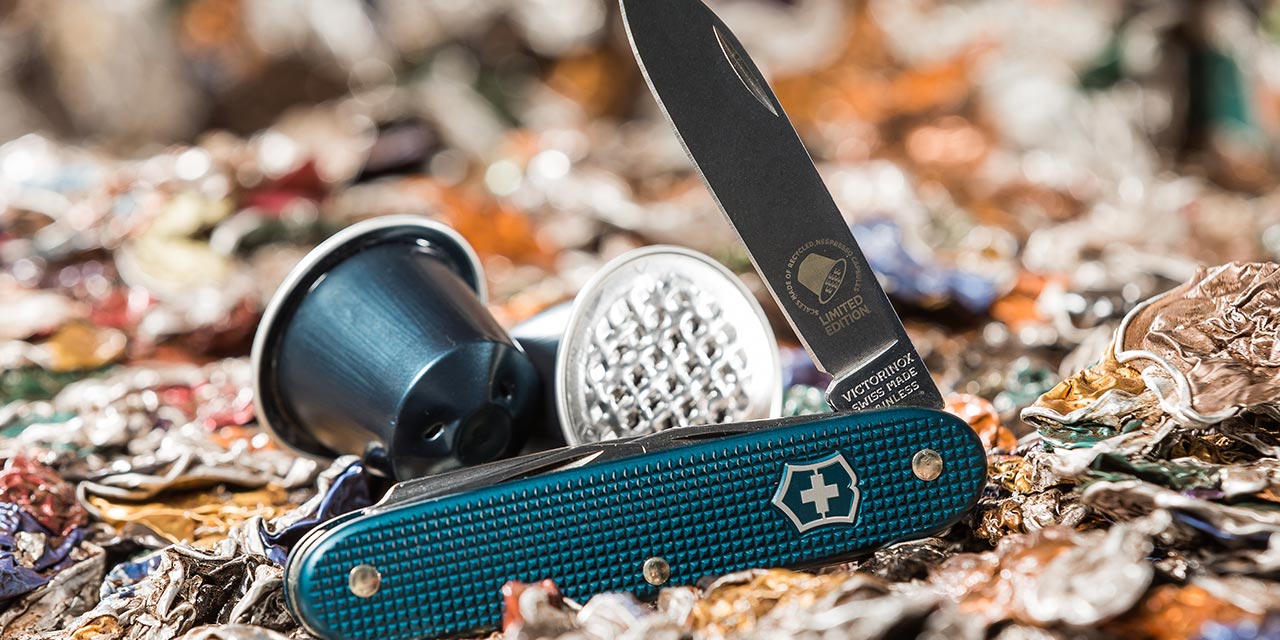 Two brands which, by all accounts have no use of being in the same room have collaborated in order to save the environment, one coffee at a time. A collaboration between Victorinox and Nespresso came up with a special limited edition Pioneer Swiss army knife in a deep purple colour. The difference between that and Victorinox’s other Swiss army knives – the alox scales of the former are made from aluminium, which is extracted from 24 recycled Nespresso coffee capsules. While both companies are based in Switzerland, it was more than just a matter of proximity; it was a chance to create a sustainable environment through recycling. There is also another limited edition Victorinox Pioneer Swiss army knife in bronze available to only North American customers and is limited to only 750 pieces. 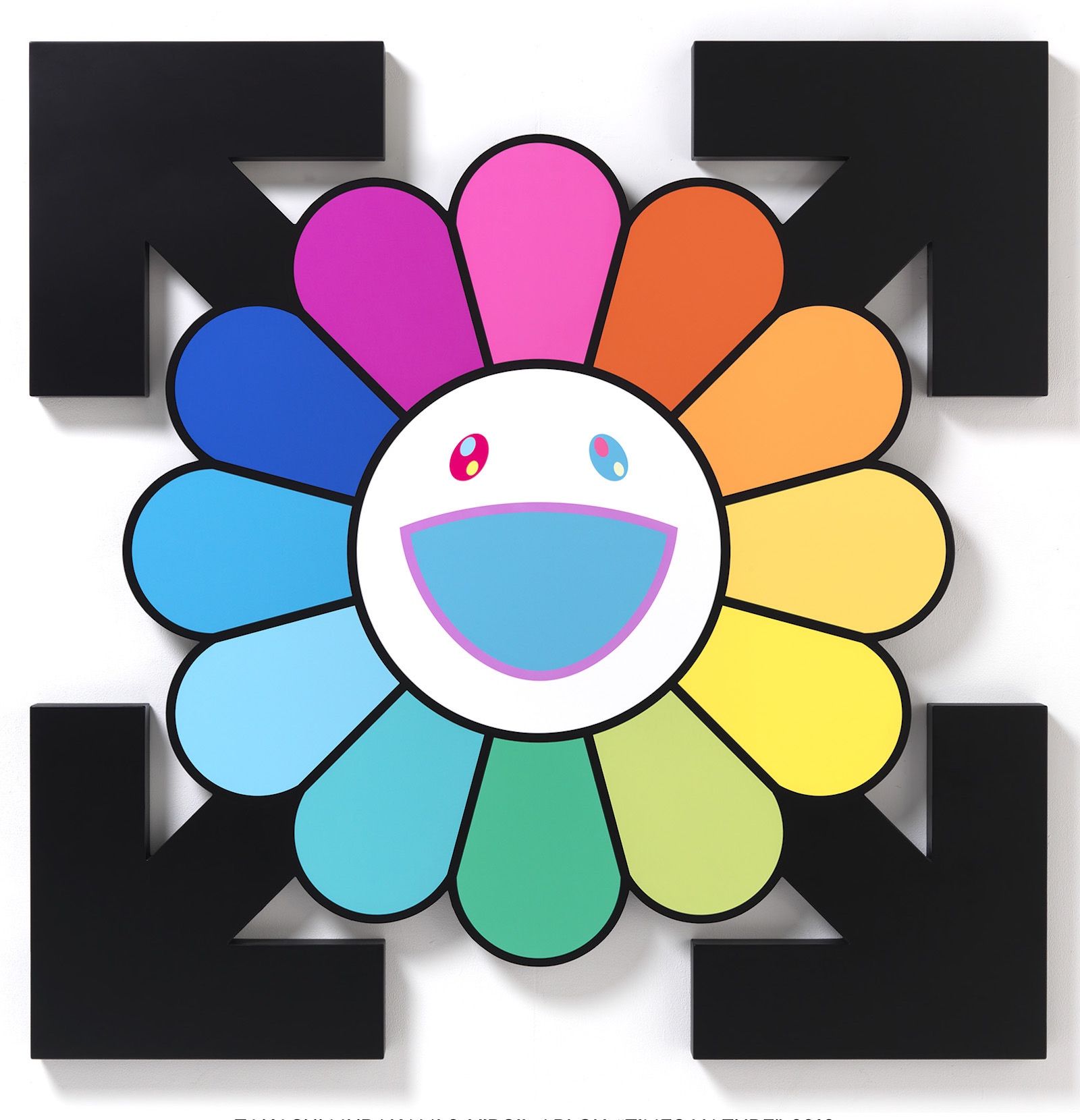 Two household names who need no introduction, both Takashi Murakami and Virgil Abloh have collaborated once again on another art exhibition known as “TECHNICOLOR 2”. Held at the Gagosian Paris gallery, this is the second art gallery collaboration between the two with the first titled “Future History”. Murakami is known for his contemporary Japanese art pieces as well as being a long-time collaborator with Louis Vuitton. Speaking of LV, Abloh is the current creative director for the French fashion house where he recently debut its latest Spring/Summer 2019 men’s collection. Both men have a long-standing relationship with one another with Murakami often making an appearance during any of Abloh’s launches, whether it’d be for Louis Vuitton or Off-White. 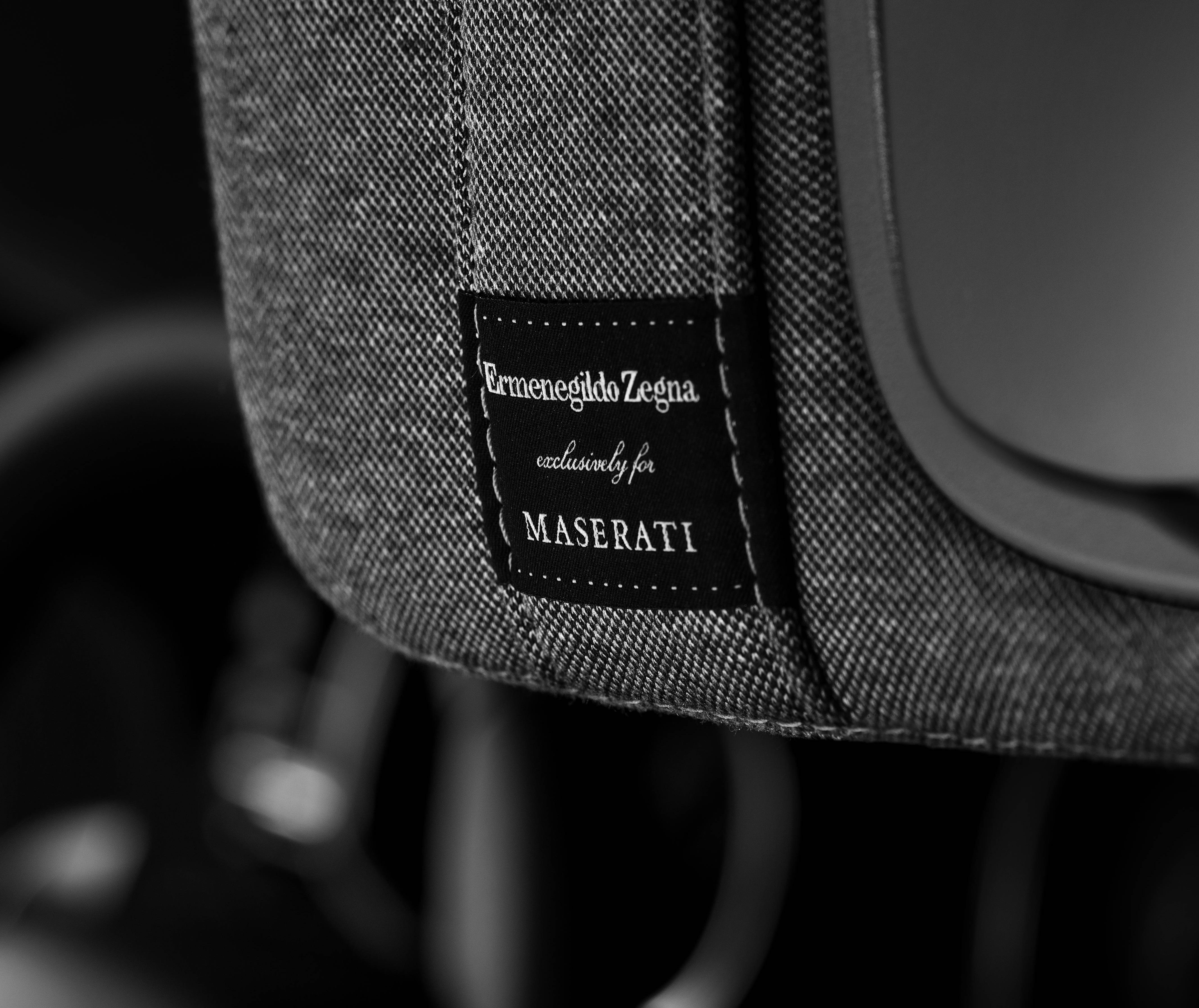 The blend between Italian craftsmanship can never go wrong; with that said, the collaboration between Ermenegildo Zegna and Maserati was an interesting one at best. With one being an Italian fashion house and the other an Italian vehicle manufacturer, it yielded some interesting results. This collaboration comes after both Italian luxury houses decided to work together in conjunction with Maserati’s 100th anniversary back in 2014. The collection is inspired from the Maserati Quattroporte GranLusso, which focuses on a thorough use of leather in its travelling goods. From bags to belts and shoes, the collaboration breathes new life into luxury travel goods with just a hint of sportiness with the Maserati logo emblazoned at the front.

Louis Vuitton Ermenegildo Zegna Maserati Nespresso Ermenegildo Zegna x Maserati Supreme Virgil Abloh Louis Vuitton x Supreme Takashi Murakami collaborations of 2018 victorinox takashi murakami x virgil abloh nespresso x victorinox
Wi-Liam Teh
Senior Writer
Wi-Liam is a geek at heart with a penchant for tattoos. Never without a drink in hand (preferably whisky, gin, or Guinness), he is also a writer by day and a keyboard warrior by night. On his day off, he masquerades as a streetwear and sneakerhead enthusiast while his bank account says otherwise.
Tech Cars Watches Entertainment Food Drinks
Sign up for our newsletters to have the latest stories delivered straight to your inbox every week.