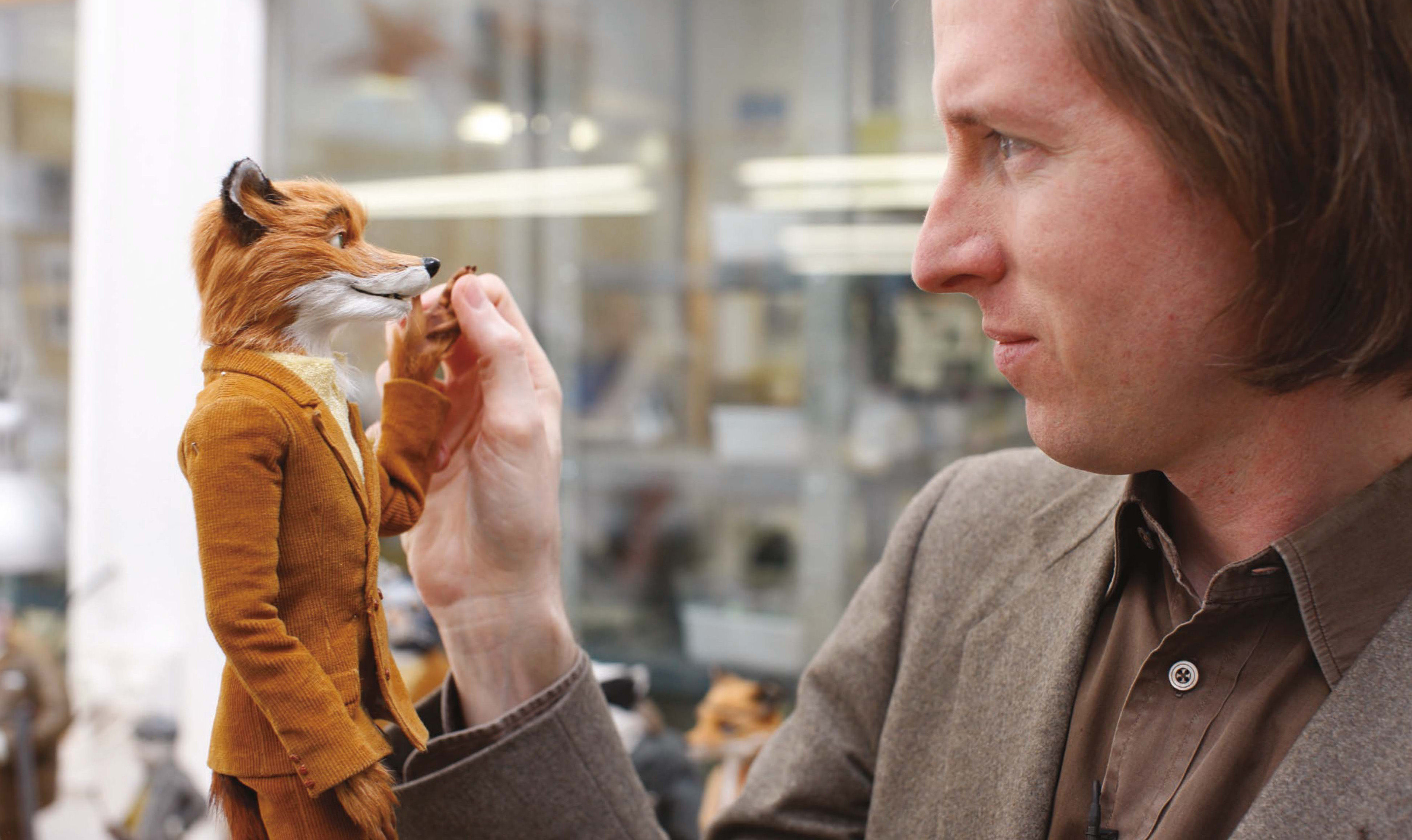 With more movie magic than ever in the form of special effects through 3D lenses, movies have lost much of their, well, magic. Story, character, dialogue, cinematography all take a backseat to the explosions and destruction which mire the box office hits of late.

Movie review site rottentomatoes.com has been kicking up debates nearly every other month as critics scores and audience ratings are increasingly polarised. Yet every time Wes Anderson releases a motion picture, the world of cinema stops turning and everyone sits up to pay attention. It is a power very few film-makers wield in the modern day industry. Every feature he releases are studied to death, deconstructed and fawned over. It could be because of the scientific level of detail he applies in all of his creations or it could just be that everyone wants to know all his secrets to making bloody good films.

Isle of Dogs, Anderson’s second animated feature has just been released and has already got film-goers in heated discussions. The film follows 12-year-old Atari as he seeks to find his beloved pet after all dogs are exiled to a garbage dump in a fictitious Japanese city. Some critics say are calling it a triumph whilst others air concerns of cultural appropriation and racism.

No one, however, is denying how gorgeous Anderson’s movie looks. Before you catch his latest work of art, let us go back to the beginning of the auteur’s career and revisit the movies that have secured his place as one of the greatest directors in cinematic history.

Bottle Rocket (1996)
Anderson’s directorial debut tells the story of three incompetent friends and their unremarkable attempt at criminal life. The film is crammed full of the signature visuals and witty dialogue that he would become known for. More importantly it introduced Hollywood to the Wilson brothers, Owen and Luke, with their quirky charms and effortless comedy. Unpolished and messy, it still set Anderson world’s apart from other independent filmmakers of the 1990s, an unseen stylistic tone coupled with artistic attention to detail. Although a box office failure, one can look past Bottle Rocket’s flaws and recognise that the talent behind the camera was creative force only beginning to gain momentum.

Rushmore (1998)
There could not have been a more apt movie to represent Anderson’s breakthrough work. Rushmore, a story of an intelligent and socially inept student who stages wild and overreaching school theatre productions, is still considered a favourite by many of his fans. It is a much more refined Anderson, demonstrating both how much he had learned since Bottle Rocket and how far he still wanted to go. The brooding and overly ambitious Max Fischer, played by Jason Schwartzman, is so endearingly inspired by Anderson’s own grand visions for his projects. The film also breathed new life into Bill Murray’s acting career, which the industry as a whole should be thankful for.

The Royal Tenenbaums (2001)
The Royal Tenenbaums is one of the most influential modern movies ever made. When the film came out, director Peter Bogdanovich even began comparing Anderson to the great Orson Welles, stating, “Wes is one of those rare picture-makers who can see the whole movie in his head long before he shoots.” It has impacted the culture of indie film making so much that you would be hard pressed to argue that many of the industry’s oddities and eccentricities didn’t derive from this 2001 hit. The dysfunctional family — played by a stellar cast including Gwyneth Paltrow, Ben Stiller and the showstopping Gene Hackman — is Anderson’s most dense character studies he has ever embarked on. Full of melancholic performances and an array of colourful outfits, the movie is as beautiful as any Wes Anderson motion picture gets.

Culture
How Charissa Ong breathed life into poetry in Malaysia

The Life Aquatic (2004)
The Life Aquatic must have been a time when Anderson overdosed on quirkiness in a mid-career crisis. The film follows Bill Murray as Steven Zissou — a character homage to French oceanographer Jacques Cousteau — as he juggles underwater life with a sometimes aimless crew with being a crappy father. Although The Life Aquatic suffers from being a little over saturated with Anderson’s highly stylised craft and a rather thin story line, let’s be honest — who doesn’t enjoy watching Bill Murray hunt sea monsters designed by Henry Sellick (The Nightmare Before Christmas, James and the Giant Peach) along to a Seu Jorge soundtrack covering David Bowie in Portuguese?

The Darjeeling Limited (2007)
Following The Life Aquatic, his fans were looking forward to a redemptive piece of work. A story of three estranged brothers trying to find spiritualism in India and mend their relationship after their father passes away seems like the perfect familial discourse Wes Anderson tackles so well. Unfortunately, it was one of his most divisive works. In his portrayal of obnoxious and self-obsessed white American men travelling through India, disconnected from the poverty that surrounds them, Anderson’s work was meant to be an admission of naivete of his own privileged position. However, many felt that the film lacked self awareness and even bordered distasteful as Louis Vuitton bags juxtaposed against real life poverty were captured in a way that acted only to satiate Anderson’s need for artistic gratification. The fact that it takes an Indian boy drowning to death for these wealthy men to eventually ‘find themselves’ highlights the chilling indifference of his characters or that of Anderson himself.

Culture
State of Art: 6 Art exhibitions to see in KL this July 2018

Fantastic Mr Fox (2009)
It would take an animated film for Anderson to find his feet again and in retrospect, it seems an obvious medium for the film-maker.  He has even more control over his characters than ever before and can exact his obsessive-compulsive style to the most minute of details. Yet instead of being overindulgent as his last two films were, Fantastic Mr Fox soared with Roald Dahl’s fantasy source material allowing Anderson to concentrate on developing his characters as opposed to world-building. Carried by George Clooney’s immaculate voice work, the stop-motion animation perversely plays right into Anderson’s style and audiences get a beautiful children’s story made for adults.

Moonrise Kingdom (2012)
With a newfound confidence, especially in the realms of children’s stories, Anderson made his most romantic and lovable film by telling a story about children. Wonderfully described as “a prepubescent Badlands,” Moonrise Kingdom tells the story of a young boy and girl who run away from home to be together in love, their efforts only to be thwarted by a group of scouts led by Edward Norton and the fact that they live on an island. The artful lighting and sweeping landscape photography makes this not only Anderson’s most charming film but one of his most well shot.

The Grand Budapest Hotel (2014)
There is certainly debate over whether or not The Grand Budapest Hotel is his best movie but it is undeniably the most ‘Wes Anderson’ movie. The story of a European ski-resort in the 1930s is his first film to get real Oscar recognition as well as his largest box-office hit (USD50 million.) The Grand Budapest Hotel  is Anderson the artist as opposed to just the director. He is unforgiving in his confidence and relentless in applying his signature visuals into this film. Incredible stagecraft, breathtaking set and costume design and mastery of cinematography, all supported by a flawless Ralph Fiennes performance not only makes it one of Anderson’s best but a reference for all film-makers who are in the pursuit of making genuine works of art.

Isle of Dogs is out now in cinemas nationwide