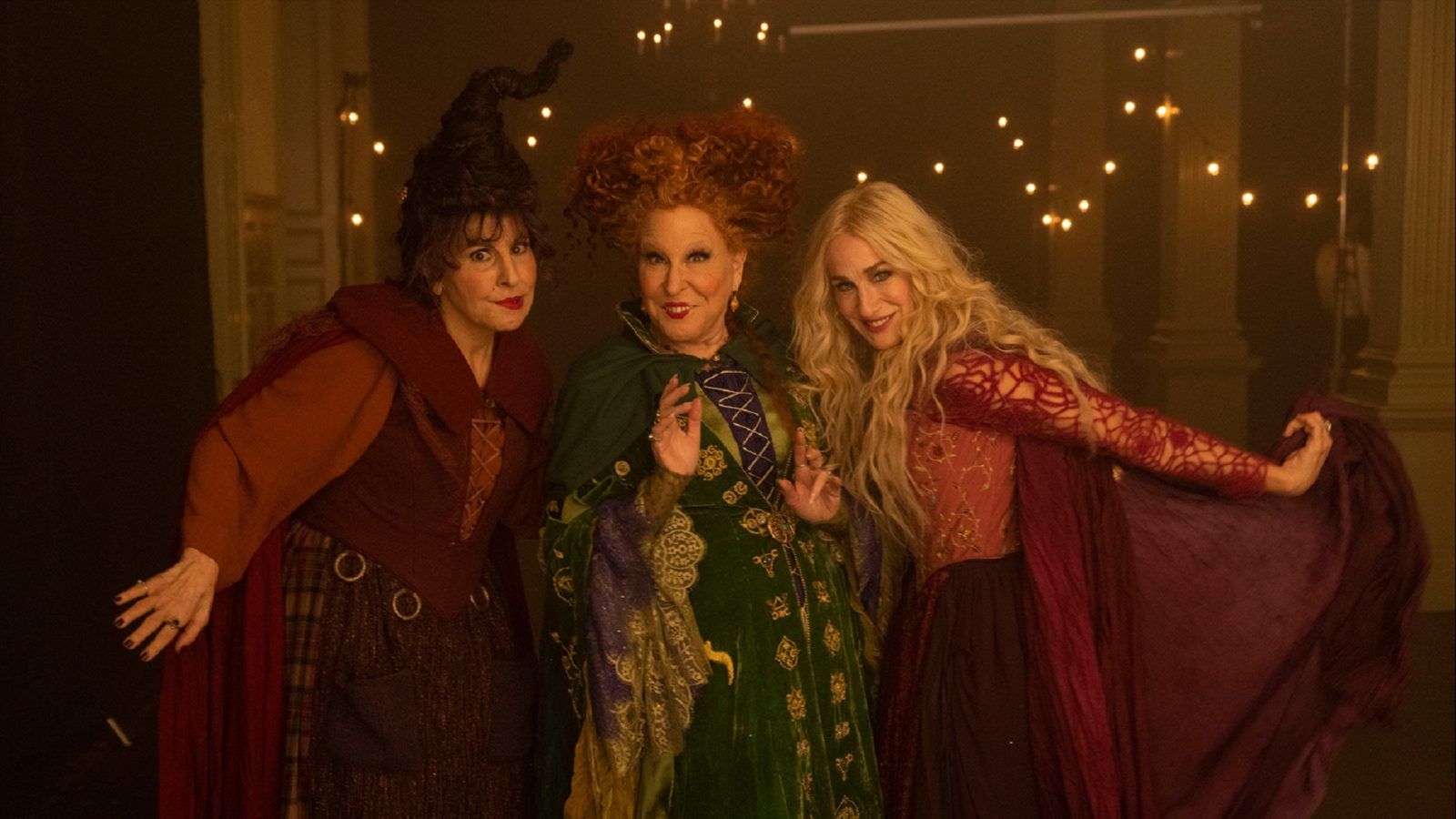 The first trailer of Hocus Pocus 2 was released by Disney on 28 June, with the original three stars — Bette Midler, Sarah Jessica Parker and Kathy Najimy — back as the Sanderson witches from 17th-century Salem, Massachusetts.

The Disney+ original movie is a sequel to the 1993 film Hocus Pocus, which was not a hit at the time of its release but has since gained a cult following. The much-awaited sequel is set in the current period, 30 years after the events in the original.

The trailer brings fans back to Salem, where two teenagers conduct a seance on Halloween night, with a magical candle in a cemetery somewhere deep in the woods. As they recite a spell, a black flame erupts on the candle and the ground cracks up.

The girls flee in fear, and the three witches appear.

“Lock up your children,” one of the witches utters with a shrill cry. “Yes, Salem, we’re back!”

How is the trailer connected to the original?

The original film explains the backstory of the three witches. They were caught and executed in the 17th century for sucking the souls of children to achieve eternal youth. But before their apparent deaths, Winifred (Midler) had cast a spell, which could resurrect her and her sisters if a virgin lit a black flame candle on Halloween.

In the original film, the trio is brought back when a teen accidentally lights a black flame candle in a cottage that belonged to the witches.

At the time of the original film, only Midler was a known Hollywood star. The other two, Parker and Najimy, have since become A-listers in the industry with a long list of acclaimed works and accolades.