It’s the first Formula One Singapore Grand Prix since the pandemic so expect the Lion City to go all out this year with a packed schedule of on and off track activities. And a definite must-see on the agenda for nightlife lovers are many exciting Formula One Singapore 2022 parties happening around town.

Attending the race or watching from home? Catch up on the key race events here. Brunching or dining out? This guide has got you covered with special race weekend menus. We’ve also put together a list of hotels close to the F1 action — though we can’t promise that they still have available rooms at this late hour. Whether you’re a fan of motorsports or the annual trackside entertainment and fantastic concerts by the world’s top musicians, it’s easy to be caught up in the hype. First thing on our list? Celebrating the Singapore GP weekend with these amazing Formula One 2022 Singapore parties. 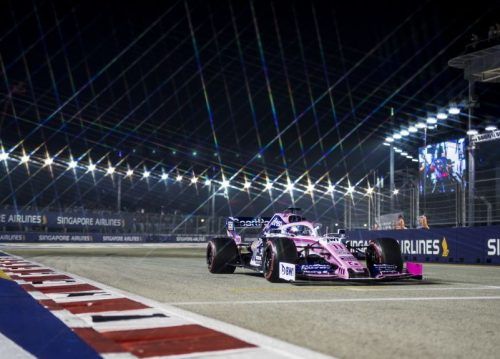 The best Formula One Singapore 2022 parties in Singapore:

Get your adrenaline soaring with Mr Stork’s race party on October 1 and 2 in partnership with Red Bull, Grey Goose, Auchentoshan and Peroni. Kicking off at 5pm, the party will see DJs on rotation from 6pm to 1am. Snacks for the night will include Sanchoku Wagyu Short Ribs Baos; Truffle Brie de Meaux Toast; Aburi Tuna Tartare; as well as Deep-Fried Buffalo Wings.

On October 1 and 2, head over to ‘The Circuit’ at the 1-Arden rooftop, which is the official after-party location for Heineken, the Headline Global Partner for F1.  Participate in race-themed activities surrounded by light installations, and try out the F1 simulator to get a taste of driving a Formula 1 car.

Each ticket comes with two complimentary drinks of the low ABV Heineken Silver beer and your choice of spirit, and you can also opt to pair your booze with tasty bites from the venue’s kitchen. You can expect amazing music too, with DJs Mark Vedo and Stephen Day helming the decks on October 1 and 2 respectively.

The Mandala Weekender is back after a two-year hiatus, and its comeback is guaranteed to be full of fun and lively energy — even more than ever before.

It’s certainly something to look forward to if you’re down for a party. Organised by private members club, Mandala Club, in collaboration with Marina Bay Sands, the three-night, after-dark affair will take place during the Singapore F1 race weekend (September 30 to October 2) at Hall C at the Sands Expo and Convention Centre. Members, VIPs and the public can expect a world-class race viewing and party experience alongside other activities happening around the island, as well as a one-of-a-kind clash of music and culture.

Besides a party headlined by some of the best DJs and performers, guests will also get to watch the race via a 30-metre LED screen streaming from 7pm onwards on October 1, as well as the full race on October 2 2022.

Ce La Vi turns the race weekend into a kaleidoscopic trip with their Cyber Rally party. Over Saturday and Sunday from 3pm, their Club Lounge kicks off the countdown to the starting grid with music, followed by Sunset Sessions by a host of DJs. Then at 10pm, international DJ Danny Tenaglia (on October 1) and Godwin P (on October 2) will keep the festivities going until the next morning. Entry includes one premium pour or champagne after 10pm. If you want to start earlier, their weekend Brunch Club (12pm – 3pm) serves free-flow Telmont Reserve Brut Champagne, wines, spirits, and cocktails at S$168++ per person.

Smoke & Mirrors joins forces with Australian luxury hospitality arm Tom Barker Group for this upscale F1 event dubbed The Penthouse. On race day (October 2), the party will provide free-flow champagne, cocktails, and fine wine, a curated menu, as well as an uninterrupted views of F1 back straight and Marina Bay. Multiple large screens will deliver all the action, followed by an afterparty that goes on until 2am.

Keep the race adrenaline going with a party to remember at Marquee.

Two-time Grammy nominee Steve Aoki will get the party started on September 30, guaranteeing an electric night of cross-genre EDM.

On October 1, producer and music artist Afrojack will hit the decks with a mix of electronic music, hip-hop and pop. As the brainchild behind popular tracks such as David Guetta’s Titanium, and Nicki Minaj’s Hey Mama, he’s set to keep the dance floor alive all night.

Goblin mode, permacrisis, gaslighting and homer: Meaning of these Words of the Year for 2022

Pantone’s 2023 Colour Of The Year is Viva Magenta

Blackpink to Westlife: Concerts and shows in KL we look forward to in 2023