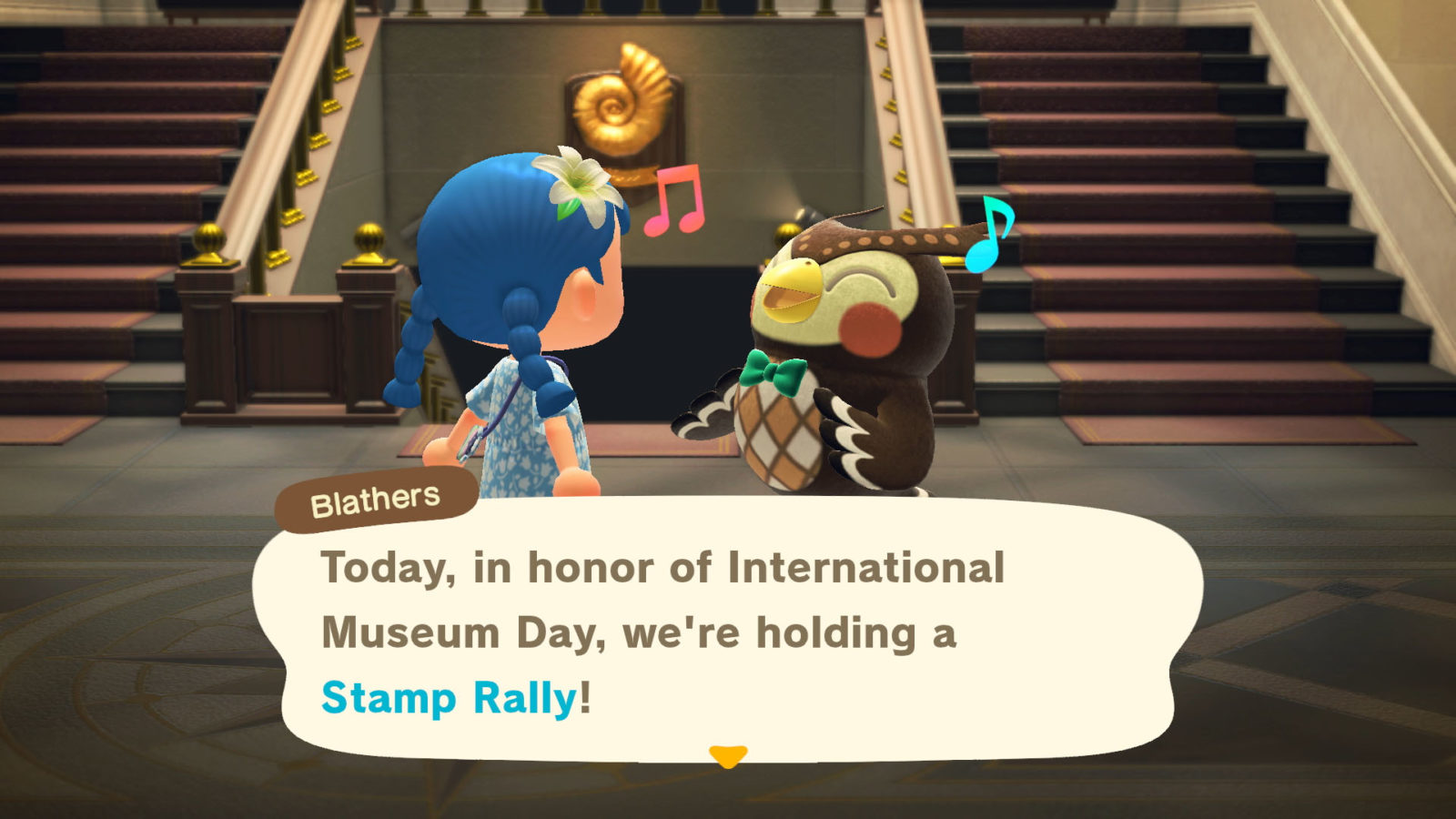 Have you not been living your best life vicariously through Animal Crossing?

Museums, aquariums, and art galleries have been making good use of “Animal Crossing: New Horizons.” Now the hit Nintendo game has a special activity for players to mark International Museum Day via a two-week event.

International Museum Day may only last 24 hours, but “Animal Crossing: New Horizons” players have two weeks to join in the fun. Players only need to have updated to April 22nd’s version 1.2 and helped open an island museum in order for the event to go live on their Switch consoles.

The Nintendo Switch sensation sold 13 million copies within its first six weeks on sale earlier this year, over half that of the system’s bestselling title “Mario Kart 8 Deluxe” (24 million in three years).

As public gatherings and tourist attractions have closed to help stop the spread of the COVID-19 coronavirus, some cultural institutions have been using “Animal Crossing: New Horizons” to continue their outreach via live-streamed virtual tours. That’s because after a few days’ acclimatizations, and with a handful of fish and bugs donated to island entrepreneur Tom Nook, studious owl Blathers arrives to set up his own tent.

Blathers’ building project requires another batch of donations, and those bugs, fish and fossils allow him to replace humble canvas walls with grand brick and mortar halls, housing a range of natural and historical delights.

How to complete the International Museum Day event

For players that have opened the “Animal Crossing: New Horizons” museum, International Museum Day should be available until May 30. While accessing the April 22 update requires an online connection and a valid Nintendo Account, players don’t need to have Nintendo Switch Online membership — that’s for online multiplayer.

Much in keeping with the overall “Animal Crossing” vibe, there’s very little time pressure for the International Museum Day event. Players receive a stamp card from Blathers in the museum lobby. The museum’s fossil, fish and bug galleries each house three stamp stations in any of around a dozen random locations (the museum’s art exhibit isn’t part of the event).

Completed cards can then be exchanged with Blathers for a wall plaque for the player’s island home. Although the activity can be repeated every day, the rewards don’t appear to change. Here, at least, there’s no need to hustle if you don’t want to.

animal crossing MCO Culture animal crossing new horizons virtual events
You might also like ...
Style
Move over, Instagram. Animal Crossing is fashion’s new playground
Gear
What is Animal Crossing and why is everyone on your social media feed playing it?
Gear
Stay in touch with your friends while social distancing with these multiplayer game apps
Culture
Explore the great outdoors through these video games while stuck indoors
Staff Writer
Entertainment

Food & Drink
Soothing Sunday: These are the best pandemic food art we’ve spotted
Gear
Review: Is the Corvan picaBot Pro+ robot vacuum and mop a worthy helper?
Living
A crash course on how you should wear your COVID-19 face mask
Style
H.Moser and MB&F reveal two collaboration timepieces
Culture
Forget Hollywood — put these 6 Asian films on your watch list instead
Style
The ultimate Father’s Day gift guide for every type of dad out there
Travel
These hotels in KL are offering you a staycation at reduced rates
Beauty & Grooming
7 beauty influencers you need to follow on TikTok now
Food & Drink
France is planning to turn its surplus wine into hand sanitiser
Sign up for our newsletters to have the latest stories delivered straight to your inbox every week.