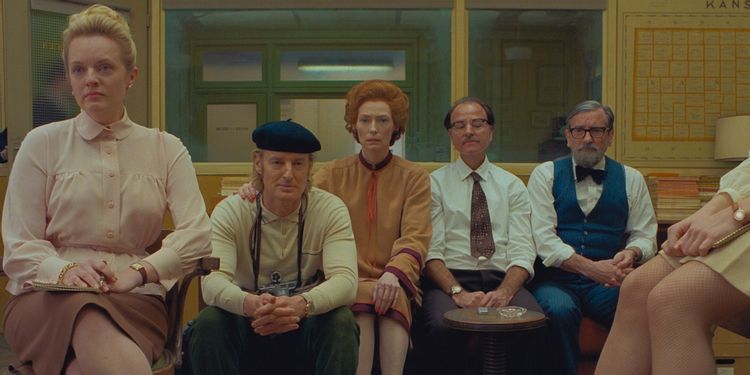 Movie fanatics, get your popcorn and digital vaccination certificate ready. It’s time to hit the cinemas for the best 2021 movies.

When Prime Minister Datuk Seri Ismail Sabri Yaakob announced that cinemas are allowed to open its door again, we leapt with joy. Starting September 9, only fully vaccinated individuals can enter the movie halls kept at half capacity. As we await an announcement from our local theatres, we’ve curated a list of 2021 movies to look forward to before entering the new year. From Marvel releases to movie sequels, we can’t wait to be back in the theatres once again.

You may like this..
Culture
11 new movies and shows on Netflix and more in September that are worth the binge

This year is exciting for every Marvel fan. Shang-Chi and the Legend of the Ten Rings was released on September 3, and we’re hoping that this phenomenal movie makes its debut here too. As the first Asian superhero film, the movie is making headlines with a successful release and positive reviews. The inspiring story of Chinese folklore and martial arts sequence is bound to blow you away.

If you love seeing Tom Hardy on the big screen, then you will enjoy Venom: Let There Be Carnage. The film takes place a year after Venom (2018) as we glimpse into the life of investigative journalist Eddie Brock adjusting to the host (Venom) living inside of him.

An upcoming sensational film with an exceptional cast, Eternals takes place after Avengers: Endgame (2019). With a star-studded cast – like Angelina Jolie, Gemma Chan, Richard Madden and more – you know it’s going to be an exhilarating release. Here’s what you need to know about the film: The Eternals is an immortal alien race created by the Celestials to protect humanity from evil.

As we mentioned above, Marvel is having an exciting year and adding to the list is Spiderman: No Way Home, which will reveal some Multiverse action. If you’re a Marvel fan, you will know what we’re talking about. Are you ready for Peter Parker and more jaw-dropping surprises?

Daniel Craig reprises his role as the iconic James Bond and is reportedly his last. After many delays upon the movie’s release, we can finally witness the return of the 007 agent in September. The film takes place five years after the capture of Ernst Stavro Blofeld in Spectre.

Fans of the Kingsman film series? The King’s Man returns with jam-packed action which takes place during the early 1900s as a prequel to the original two films. The plot takes us to the formation of the spy agency, which is scheduled to be released later this year.

The movie takes place after the 2018 release of Halloween as a sequel and the twelfth instalment of the slasher-horror franchise. Just when we thought Laurie Strode’s (Jamie Lee Curtis) plan to trap Michael Myers succeeded, the bloodbath escapade continues, bringing survivors to end his thirst for the kill, once and for all.

We bet you’ve heard the buzz revolving around Timothée Chalamet and Zendaya lately, and with a duo like these charming stars, Dune is going to be a guaranteed hit. The 1965 sci-fi novel hits the big screen in October, and we’re looking forward to seeing Timothée’s debut as Paul Atreides.

Classifying this as a “love letter to Journalists”, Wes Anderson returns to blow us away with his upcoming feature, The French Dispatch. The film focuses on three tales published in the newspaper, The French Dispatch, set in a fictional 20th-century French city. Inspired by The New Yorker and the stories it publishes, Anderson takes his quirky aesthetics and phenomenal casting to the big screen this year.

If you are a fan of West Side Story, then you can appreciate Steven Spielberg’s remake releasing this year. Starring Ansel Elgort as Tony, he acts alongside newcomer Rachel Zegler as she makes her acting debut as Maria. This musical will be an exciting release for West Side Story fans as we witness Spielberg’s vision of the film as director.

Yes, you read that right. The Matrix franchise is back, and we’re ready to see Keanu Reeves reprise his role as Neo. There’s not much to report on what the plot is about right now, but you can head over to this website for sneak peeks of the trailer. All you have to do is click either the red or blue pill to unravel countless variations of teasers.