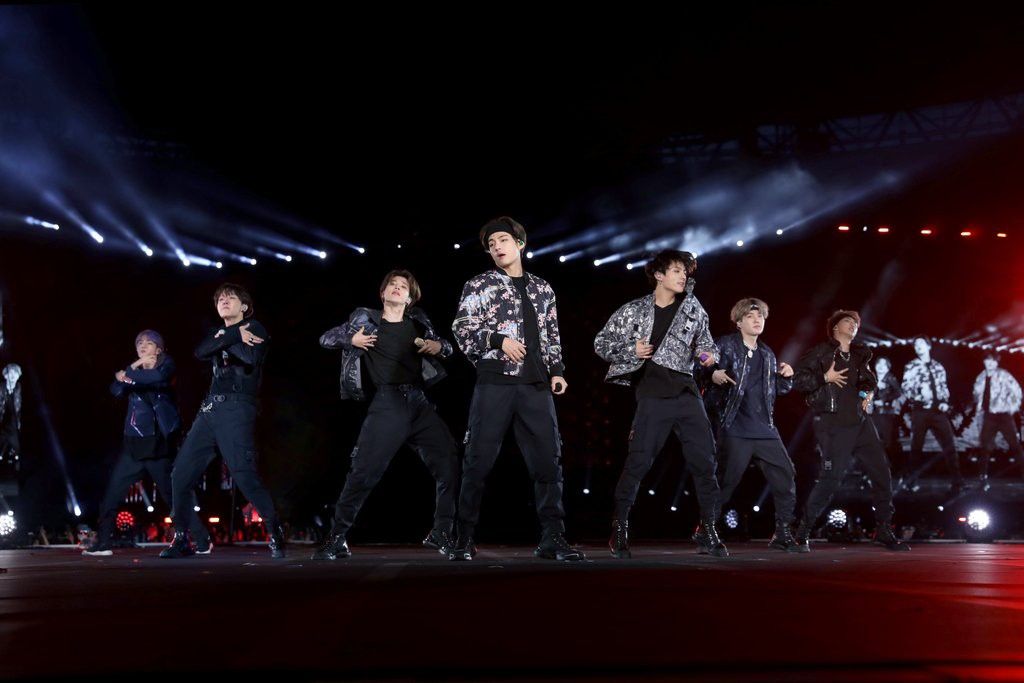 Did you know that these Hollywood celebrities are also K-pop fans?

Culture
Did you know that these Hollywood celebrities are also K-pop fans?
Share this article
Next article

The Hallyu or the Korean wave is going global and touching new highs in the West and has reached the entertainment industry as well. Many stars like Khalid, Emma Stone, Ryan Reynolds and John Cena have spoken about their love for K-pop music and bands.

We look at some Hollywood celebrities who are K-pop fans and have shared their admiration on social media or during interviews.

The former WWE star is a huge fan of BTS and J-Hope is his favourite band member. He has been seen gushing about the band and why he likes it in many interviews, including one during The Late Late Show with James Corden.

He even asked BTS if they need a new bodyguard in a funny tweet.

BTS and John Cena have been responding to each other in a series of supportive tweets that went viral.

Academy Award-winning actress Emma Stone is also a K-pop lover. In a 2015 interview with Conan O’Brien, Stone shared that Korean pop music is her latest obsession and she is a big fan of South Korean girl band 2NE1. She further added that she discovered the band during the Spiderman movie premiere in Seoul and her favourite 2NE1 song is “I am the Best.”

Actor Ryan Reynolds is a serious K-pop band EXO fan and he even joked about being a part of the group when he posted a picture with six out of nine EXO members. The actor bumped into EXO stars when he was in Seoul for the premiere of his Netflix film 6 Underground.

The EXO star and South Korean rapper Chanyeol reciprocated the affection by posting a selfie with the Deadpool star.

Back in 2018, the Canadian actor shocked the audience when he made a surprise appearance on the Korean singing competition show King of Masked Singer as a contestant and performed a rendition of “Tomorrow” from the musical Annie.

The Canadian singer-songwriter loves the K-pop genre and is a fan of BTS. In an interview with Radio Disney in 2018, the “Stitches” singer talked about his obsession for K-pop and said, “Of course, I love BTS. I’m, like, obsessed with watching the videos of them dancing.” He met BTS during AMAs in 2017 and has shown interest in collaborating with the band.

American actress Chloë Grace Moretz stans K-pop and has shown her appreciation for MAMAMOO, CL, G-Dragon, and BIGBANG. She has also been to Korea several times for various promotions and during one of her stays, she became BFFs with Eric Nam.

Here’s one of her interviews with Nam from 2015.

The Game of Thrones star took to Twitter back in 2018 to show her love for BTS. It started when a BTS ARMY member curiously asked her if she is a fan, to which she replied, “Yes, I stan BTS for life.” The English actress also admitted that “Jungkook was her bias” and shared a video with killer moves acing the viral #IDOLCHALLENGE.

Interestingly, her Twitter header is a picture of her photoshopped in the group picture of BTS from Grammys 2019.

Cuban-American musician Camila Cabello is a loud and proud K-pop groupie. The “Havana” singer crossed paths with the K-pop band TWICE at a music show in Japan in 2018 and snapped pictures together. She was seen holding their signature ‘TT’ pose and fans went into a frenzy after these pictures went live on TWICE’s Twitter account.

In one of her interviews during the Japan trip, she said that she has been obsessed with their song “Candy Pop.”

The American pop star is one of the biggest K-pop fans in Hollywood. She met BTS at the 2017 Billboard Music Awards and swiftly became a vocal fan. She even tweeted about it.

In 2018, she tweeted about how the “boys are A+” and inspire her so much. The friendship between the artists came full circle when BTS dropped a collaboration video called “Boy With Luv“ featuring Halsey that got a whopping 74.6 million views and became the most viewed 24-hour debut in YouTube history.

They also performed “Boy With Luv” together live at the 2019 Billboard Music Awards.

The US singer is a K-pop fan and has been snapped with many of our favourite K-pop stars. He is an admirer of BTS (which has been reciprocated) and has been showing his affection for the band by tweeting his favourite songs.

In a 2019 BBC interview, the “Lovely” singer hinted at an upcoming collaboration with BTS.

Jaden Smith joined the official K-pop fandom back in 2016 when he praised the music genre and G-dragon in a series of tweets. “G Dragon Is My Inspiration,” he tweeted, to which the Korean star replied, “good seeing you!always pleasure.Lets do something.”

G Dragon Is My Inspiration.

The American rapper has been vocal about his love for K-pop in a series of tweets. Lil Uzi Vert first posted tweets about Gfriend in 2015 and has been a loyalist amongst K-pop fans in Hollywood ever since.