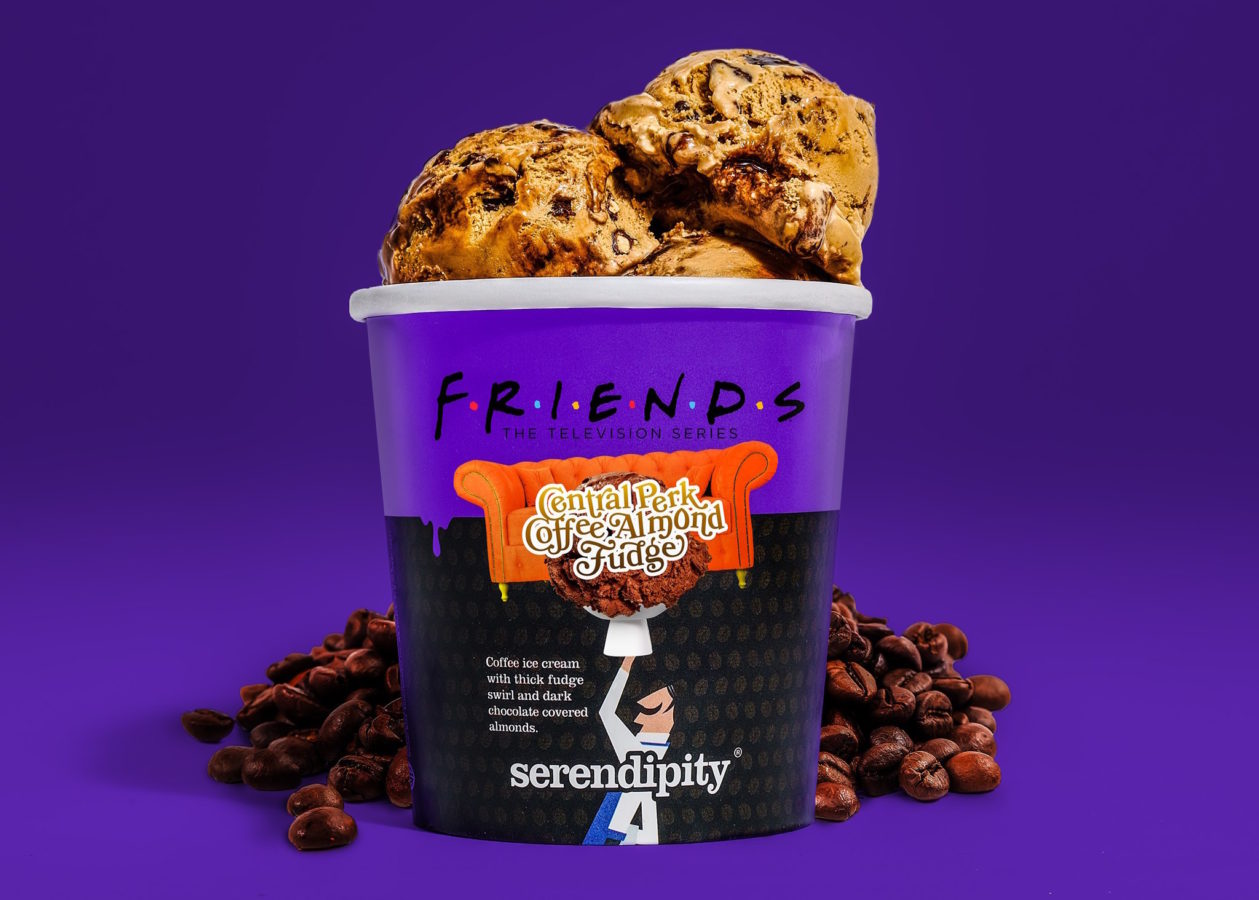 This ice cream flavour was inspired by the ‘Friends’ TV show

Die-hard “Friends” fans will be pleased to hear that Serendipity Brands and Warner Bros. have joined forces to create an ice cream flavour inspired by the famous show. “Central Perk Coffee Almond Fudge” is a coffee ice cream base featuring fudge swirls and dark chocolate covered almonds. If that’s got your mouth watering, then note that the tub comes with a suggested retail price of US$5.99 (approx. RM24).

“‘Friends’ is a pop-culture classic that we couldn’t be more thrilled to create a special flavour for!” said president and COO of Serendipity Brands, Sal Pesce, reported in Food and Wine. “Our ‘Central Perk Almond Fudge’ flavour is nostalgia in a pint that makes you feel like you’re with your six best friends indulging in a sweet treat at a coffee shop.” It’s enough to have you slipping into the shoes of Rachel, Joey, Ross, Phoebe, Monica or Chandler for a moment of indulgence.

Fans of ’90s nostalgia should note that other flavours are also in the pipeline, inspired by “The Goonies” (chocolate ice cream with marshmallows and almonds), “A Christmas Story” (mint ice cream with candy and cookies) and “Caddyshack” (vanilla ice cream with peanut butter and caramel).