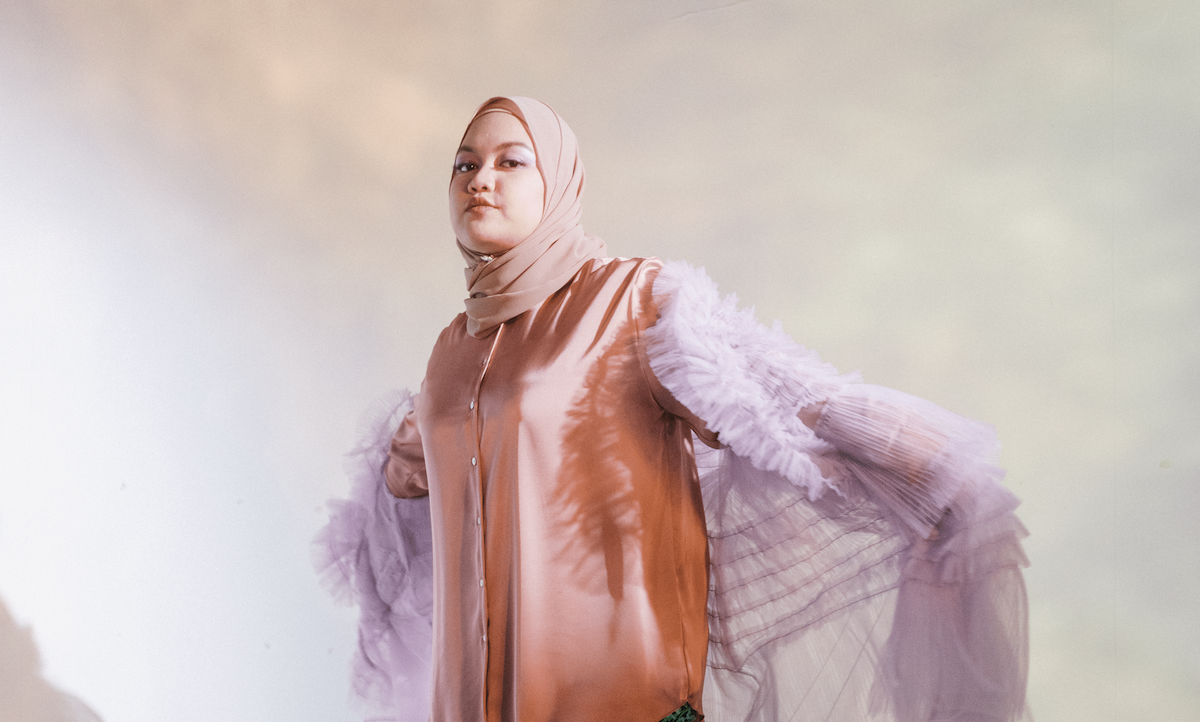 From singing duet songs in her bedroom to becoming a TikTok sensation, Malaysian singer Fatia is now TikTok’s first ever global artist. She releases her debut single, “My World Too” on TikTok on 19th November and the song will be available on all digital streaming platforms on 26th November 2021.

TikTok has been the leading platform for many up-and-coming entertainers: from dancer Charli D’Amelio to the internet personality Addison Rae, who recently starred in He’s All That, a remake of the classic teen comedy She’s All That. The music scene on TikTok is yet another bandwagon for many to jump on, and has been instrumental in the rise of new artists.

One such artist is Fatia from Kuala Lumpur, whom TikTok has announced to be its first-ever global artist, hailing from Malaysia. Going by @thisisfatia on TikTok, 21-year-old Fatia began building her following through duet singing videos on the platform.

Fatia’s musical talent was honed from a very young age, having grown up in a home filled with pop, classic rock and soaring show tunes. Encouraged heavily by her parents, the self-taught musician found her voice when she performed in secondary school during choir and choral speaking events. Her silver-toned yet powerful voice was discovered by the TikTok community in her videos covering show tunes from popular musicals such as Wicked, Dear Evan Hansen and The Prom, as well as many other songs, all from her bedroom.

“TikTok has become a leading platform for music discovery, facilitating opportunities to discover many new artists and genres. We are so excited to have Fatia as the first-ever signed artist under TikTok across the world!” expresses Sheau Mei Cheah, TikTok’s South East Asia Music Marketing Lead. “As TikTok continues to make a name for itself as a hotbed for musical talent, we are committed to continue supporting the local music scene and giving talented artists such as Fatia a platform to show their voices to the world.”

Fatia’s debut song, My World Too, draws from her own experiences of finding courage to break free from society’s expectations and emerge stronger than ever. Inspired by the vocal styles of the likes of Taylor Swift, Ariana Grande, and Malaysia’s very own Yuna, My World Too acts a reminder to be true to oneself and dare to carve their own path in life.

“This will be my first professional venture into the music industry and I am really excited for what’s to come. TikTok has been instrumental in making my voice heard and I’m honoured to be the first-ever signed TikTok artist,” says Fatia. “Truth be told, I downloaded the TikTok app during the pandemic as a way to ‘sing my heart out’ but little did I know, it led me to this! I’m truly grateful for this opportunity.”

My World Too is composed and written by renowned Malaysian songwriter Aubrey Suwito, who has also penned local classics including Jaclyn Victor’s Gemilang and Dayang Nurfaizah’s Layarlah Kembali.

It’s a wrap! The most streamed artists globally in 2021 on Spotify