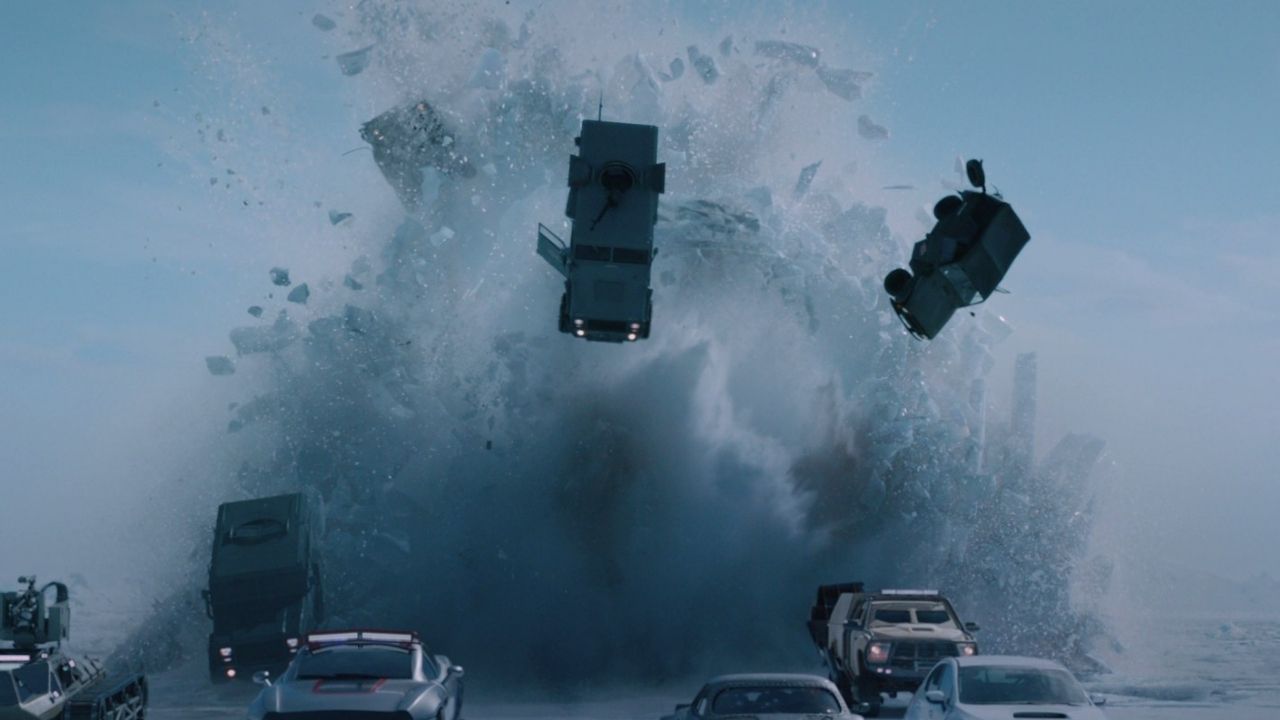 Jumping off cliffs, breaking out of skyscrapers, driving across dunes and emerging out of a cloud of dust — cars are unarguably the indispensable characters in the stunts from the Fast & Furious movies.

The franchise started with The Fast and The Furious, starring Vin Diesel and Paul Walker. This 2001 film is based on street races and kicks in the right amount of adrenaline rush. Over two decades later, the tenth instalment of the Fast and Furious franchise is expected to release in 2023. However unrealistic they may seem, all fans of action films continue to be hooked on the screens to witness these nail-biting stunts with cars.

The magnificent cars are beasts in themselves. Whether it is Dominic Toretto (Vin Diesel)’s 1968 Dodge Charger or Roman Pearce (Tyrese Gibson)’s 1968 Chevy Camaro Z/28, the one behind the steering wheel is actually in charge of a car that defines ultimate action and nerve-racking performance. Such is the mind-blowing work of the entire team, that intense pursuits at high speed and much more seem all so real.

Although this F&F film may not have done too well at the box office, it has some amazing drift and stunt scenes.

Filmed in Japan, the iconic scene where Sean Boswell (Lucas Black) and Han Seoul-Oh (Sung Kang) are chased by Takashi, aka D.K. (Brian Tee), is remembered by fans of the franchise to date. Sean challenges Takashi, who is touted as one of Tokyo’s most notorious street racers and speed freaks but fails to cross the finish line initially. He is befriended by Han who tells him the details and rules of street racing. Soon, Sean makes a name for himself and eventually falls for Takashi’s girlfriend Neela (Nathalie Kelley).

In the scene, Sean and Neela and Han emerge from around a corner and zoom across busy Shibuya roads. Catching up on their heels is Takashi who is beside himself with anger. At one moment, Sean is headed towards a massive crowd, which immediately disperses, allowing him to drift in the sleekest and most beautiful manner.

While filming, the cameras were actually placed on go-karts, which justifies the low-angle shots. CGI was also used to superimpose the crowd.

After taking down Owen Shaw (Luke Evans) and his team in the 2013 film Fast & Furious 6, Dominic, aka Dom, Brain O’Connor (Paul Walker) and the gang decide to lead normal lives in Los Angeles. However, this was short-lived as Deckard (Jason Statham), Owen’s brother, blows up Dom’s house. Dom and the gang vow to seek revenge while being on a mission to take down a terrorist organisation led by Mose Jakande (Djimon Hounsou)

The mission takes them to Abu Dhabi where they have to sneak into a party of the Jordanian Prince who has a tracking programme called ‘God’s Eye.’ The Prince keeps it hidden in a safe of a Lykan HyperSport car. Dom and Brian steal the car from the 50th floor of the Etihad Towers and are shown driving it through the glass windows and breaking into the adjacent skyscraper. This sequence continues as they ‘fly’ into a third building, eventually losing control of the expensive car and crashing it to the ground.

Interestingly, the primary filming of this action sequence was not done in Abu Dhabi. The stunt team erected several glass and aluminium structures over 12 m tall in an Atlanta soundstage. A stunt driver then performed this daunting sequence. CGI and special effects were also incorporated to smoothen the rough edges while creating the whole scene.

Since W Motors developed only seven Lykan HyperSport cars, each costing about USD 3.4 million, the crew used a stripped-down version of the original to avoid damage. The Etihad Towers scene is also one of Walker’s last major stunts before his demise in 2013.

Speaking to Top Gear, Furious 7 car coordinator Dennis McCarthy said, “Everyone was shocked when they found out we threw real cars out of the plane.” The filming of this scene started in 2013 at the Pikes Peak of Arizona.

A C-130 cargo plane flew at an altitude between 3,048 m and 3,657 m and dropped cars as if soldiers were being airdropped. Along with these cars, several cameramen also skydived while helicopters equipped with cameras captured the entire scene. McCarthy also mentioned that each car was hurled out twice or thrice. Some survived while others didn’t.

The film shows Dom casually landing the parachuted cars against a windy mountain backdrop. This was made possible because of the cars being lifted about two metres from the ground and then turning on their engines to make it look all so seamless.

The final act in the eighth film couldn’t get more thrilling. In the famous submarine chase scene, Lukas Hobbs, aka Luke, (Dwayne Johnson) and their gang try to stop an actual Russian submarine with torpedoes.

In an unexpected twist in the plot, Dom becomes the bad guy in this film and the entire gang has to unite to bring him back. When cyber-terrorist and villain Cypher (Charlize Theron) unleashes a massive submarine over a tundra lake, an action-packed chase sequence ensues, with a bunch of bad guys tailing Dom and Luke. While Luke takes down some of them, a torpedo is locked on Dom’s vehicle. To escape, he takes his car over the submarine so that the torpedo hits it instead of Dom.

The movie is the first film to introduce Dwayne Johnson’s character in the F&F universe. The franchise made a conscious move into the action genre instead of staying in the crime drama realm.

The bank vault heist scene shows Dom and Brian escaping from the corrupt cops in Rio de Janeiro. Brian, who is now an ex-police officer, joins forces with Dom and Mia (Jordana Brewster). The trio escape from the authorities after breaking Dom out of custody. They drag a massive bank vault behind their car at over 80 kmph.

Filming involved seven vaults. Two were hollowed out and motorised by two stuntmen. One could slide, a couple of them had different weights, one rolled and bounced while the other served for stationary shots.

According to USA Today Sports, the movie’s stunt coordinator Andy Gill said, “There’s no green screen, it’s all done practically.” If all the previous stunts were not enough, then this one will surely have you on the edge of your seat.

After a high-speed chase, the bus comes to a screeching halt with half of it hanging on its side over a cliff. Brian somehow gets out of the bus and climbs onto the other side. However, the bus begins to plummet and he must make a swift escape. Brian begins to run on the bus while it slides off the cliff. At the very last moment, he leaps to hold on to the rear of Letty Ortiz’s (Michelle Rodriguez) swerving car, in hopes of saving himself.

Filming was quite intense, as the crew had only one chance to capture a crashing bus. The bus was secured at the edge of the cliff and on ‘action’, Paul Walker’s stunt double ran up the side of the bus and the vehicle was let loose. At that moment, Letty’s car had to swerve into the right position and Brian had to leap to latch on to it. The timing was crucial and what took about a week to shoot ended up being a scene of only a few minutes, but it was absolutely worth it.

In this gravity-defying stunt, Brian and Roman set out to rescue Monica Fuentes (Eva Mendes) from the villain Carter (Cole Hauser).

Carter has held the former US customs agent in his superyacht and is sailing off in style. But how does Brian rescue her? By simply flying in his car, off a conveniently placed ramp, straight into the yacht.

The filming was done in three parts. First, a car was launched off the ramp into the sea. Second, another car was carried in the air and made to dive into the yacht. Finally, a yacht with a previously crashed car was made and taken to Florida Everglades for the final shots.

One of the most high-voltage Fast and Furious stunts, the scene is absolutely cutting edge in every aspect. Eschewing away from the recipes of a street-racing film, this instalment treads the lines of gang wars, FBI agents, murders and more.

Dom sets off to LA to avenge the death of a close friend where he is reunited with Brian. Here, million-dollar heists and sophisticated cars are involved. In the scene, the gang steals a petroleum tanker, using many modified vehicles, most of which are driven in reverse. Letty climbs onto the tanker from Dom’s car, takes it apart and jumps out of the tanker, which has lost complete control. Dom catches her while driving in reverse. Eventually, they escape a burning tanker unscathed by smoothly gliding underneath it.

In an attempt to rescue three cars from a rival drug dealer, Dom and Brian carefully play out yet another nail-biting stunt sequence. After attaching a truck with a ramp to the moving train, the first two cars are taken out easily into the desert. It is then that the goons are alarmed and what follows is a classic Fast and Furious scene.

The two heroes take on the bad guys, and while Dom manages to take out the third car, it is Brian who is left behind. In the nick of time, Brian leaps and lands on Dom’s car while the embedded truck crashes and burns along the train. But that is not all. The two reach a cliff and are seen skydiving into the water body below with no injuries.

The latest film from the franchise saw some of the most insane stunts and car scenes. On one occasion, when Dom and Letty try to escape from his nemesis, on a clifftop, he finds the bridge to the other side missing. Amidst heavy firing and the bad fellows closing on them, Dom finds a unique way to escape.

He attaches the car with an extension hook of the bridge and slingshots the vehicle across. Though none of it was actually filmed in real life, the idea and thought behind the sequence is simply brilliant. After the car tumbles and rolls to a halt, the duo emerges without a scratch; the vehicle, however, not so much.

Motoring Movies fast and furious Vin Diesel stunt Paul Walker
Trinetra Paul
An ardent foodie, Trinetra seeks every opportunity of travelling and writing. Storytelling and slam poetry are her go-to jam. Her lazying around ideas includes binge watching and whipping up some snacks or searching the next place to visit.
Sign up for our newsletters to have the latest stories delivered straight to your inbox every week.