Binge on the top Malaysian movies on Netflix this Merdeka weekend 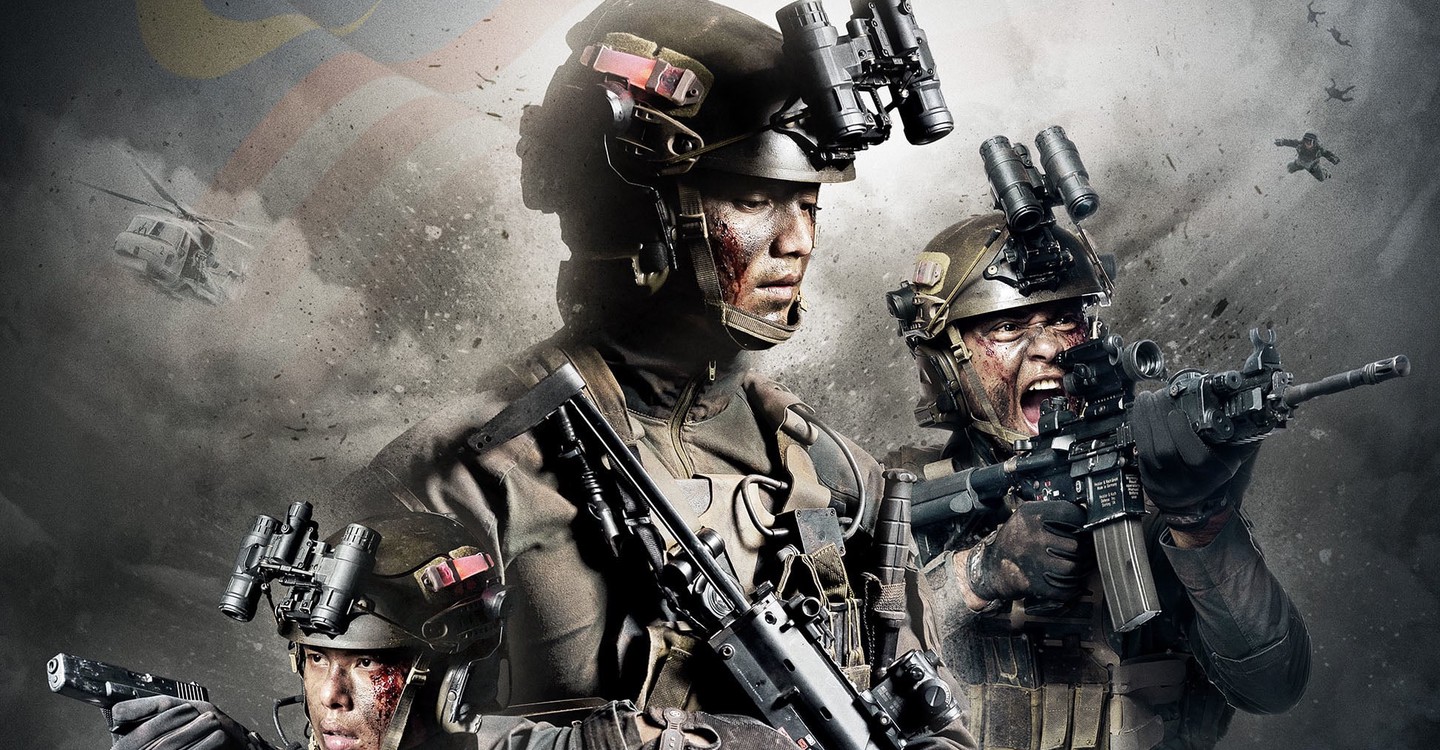 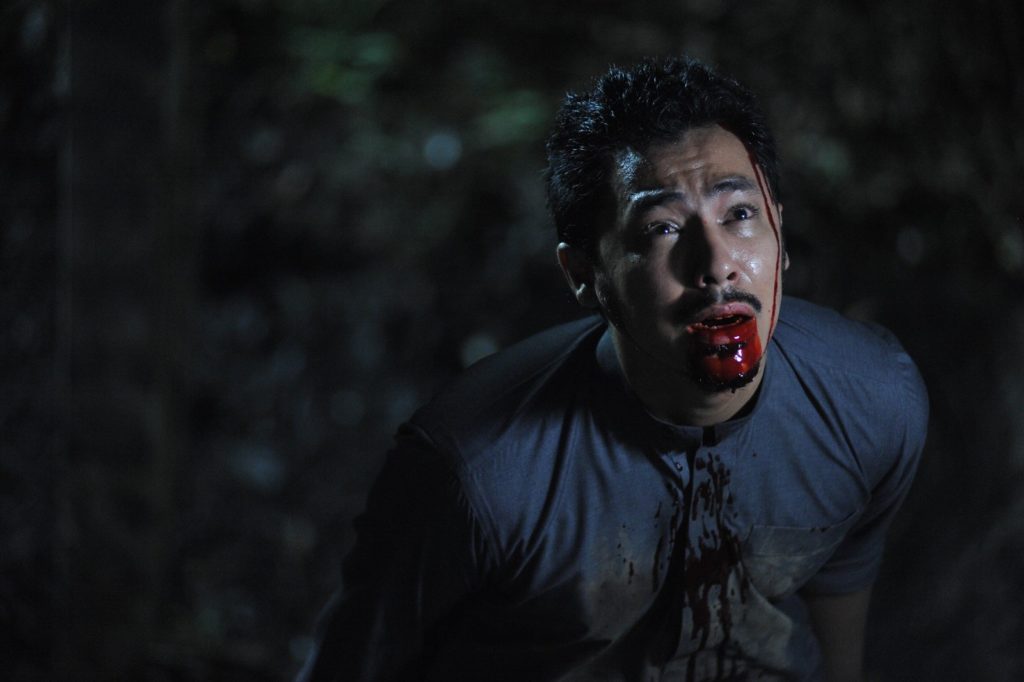 If you’re a fan of local horror films, you most definitely would’ve heard about the award-winning 2016 film, Munafik. Written and directed by Syamsul Yusof, he also plays the main protagonist known as Adam, who encounters paranormal apparitions following the death of his wife. The movie is cleverly paced throughout while its plot twist is one for the local history books. Munafik garnered a total of nine nominations at the 2016 Malaysian Film Festival and winning five awards in the process. This includes the ‘Best National Language Film’ as well as ‘Best Director’. 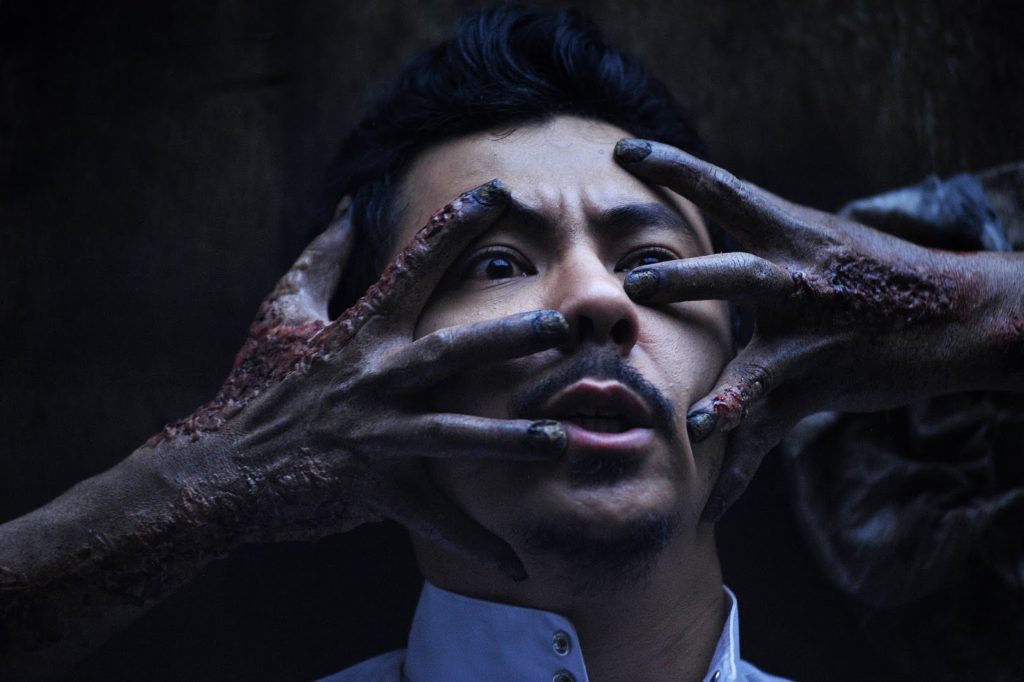 The second instalment of the trilogy, Munafik 2 sees Syamsul Yusof reprise his role as Adam once more while also taking the helm as both director and producer. While it did garner four nominations at the 2019 Malaysian Film Festival, it sadly walked away empty-handed. However, Munafik 2 was still considered a commercial success, raking in a gross total of RM48 million around Southeast Asia, surpassing its predecessor by leaps and bounds. 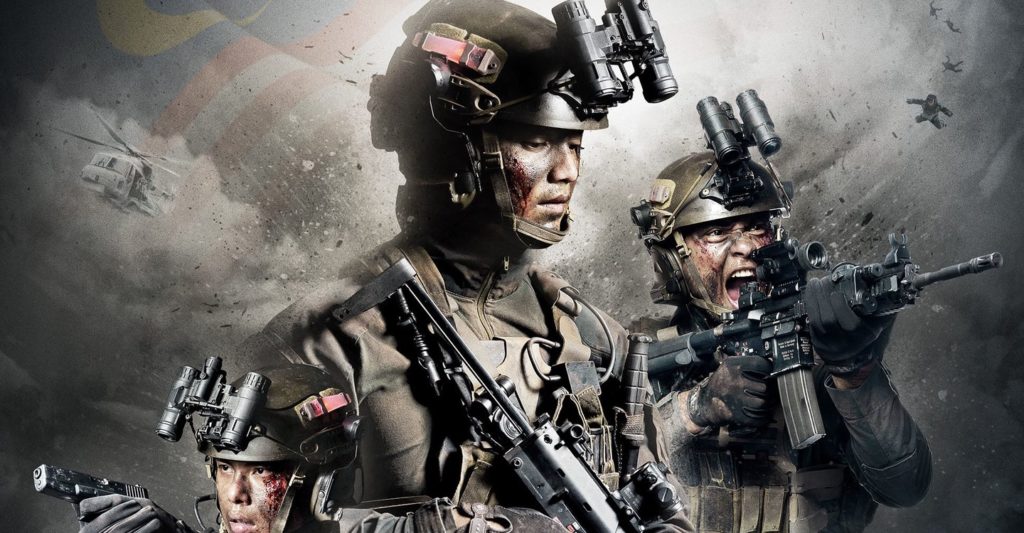 If you’re looking to be kept at the edge of your seats with thrilling action sequences, Paskal: The Movie is the perfect choice for you. Directed by Adrian Teh, the movie centres around  Lieutenant Commander Arman Rahmat, played by Hairul Azreen, who is also known for his role in Polis EVO 2. Taufiq Hanafi also plays a huge role alongside other notable names in the local entertainment industry like Jasmine Suraya Chin and Henley Hii. Paskal: The Movie also holds the record for being the most expensive Malaysian film ever made at RM10 million. While it did receive mixed reviews, it still went on to garner almost RM30 million in profit, making it one of the highest-grossing local films ever. 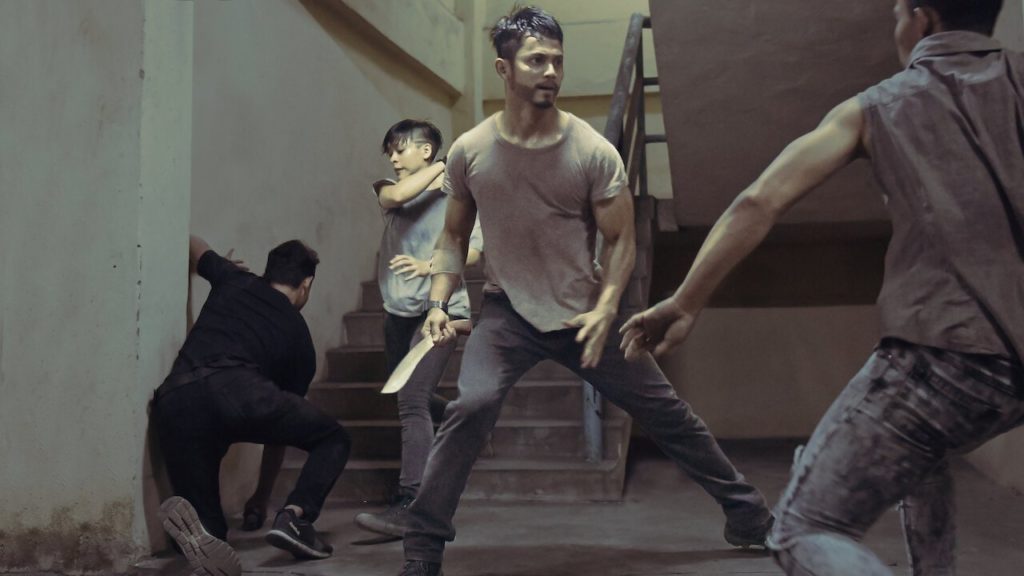 Wira is another Malaysian action film that was also directed by Adrian Teh. The film centres around a former military man who returns home to care for his family but trouble soon arises. While you may think it’s just another action film, director Adrian Teh has ensured it is anything but. The movie showcased innovative camerawork and special effects, but the real accolade goes to Indonesian action star, Yayan Ruhian, who has gone on to star in other Hollywood blockbuster movies like Star Wars: The Force Awakens and John Wick 3. 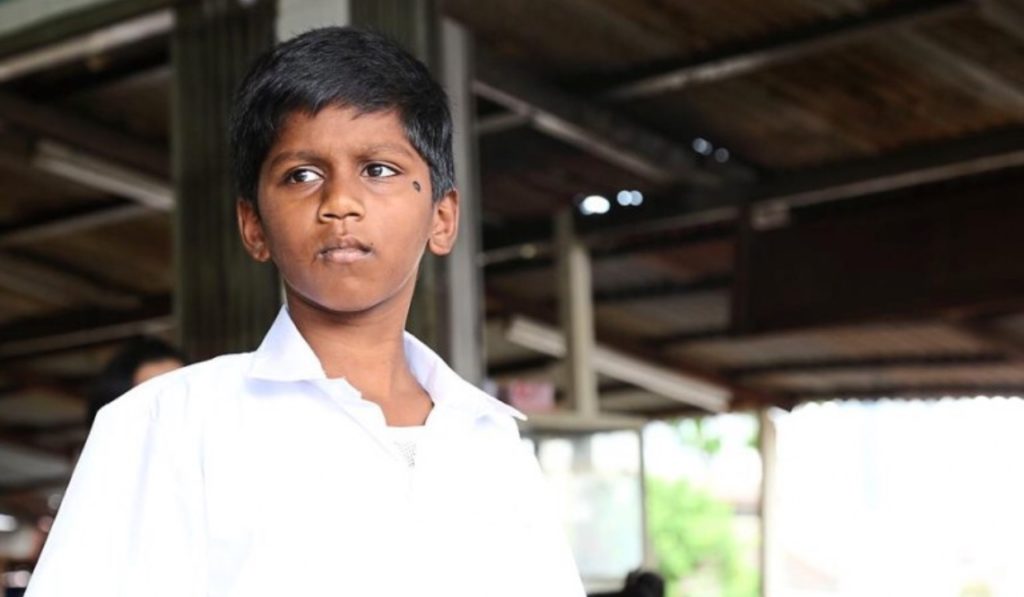 If you’re looking for something that tugs at your heartstrings, tackling many social issues along the way as well as bagging the ‘Best Malaysian Film’ award in the 28th Malaysia Film Festival in 2016. Directed by Shanjhey Kumar Perumal, this crime-drama film centres around 12-year-old protagonist Appoy, played by Harvind Raj. The film is set in the early 1990s in Malaysia, which focuses on the plight of Indian Malaysians who were left out to dry by estate owners and forced to move to the city, thus creating its own challenges and perils. 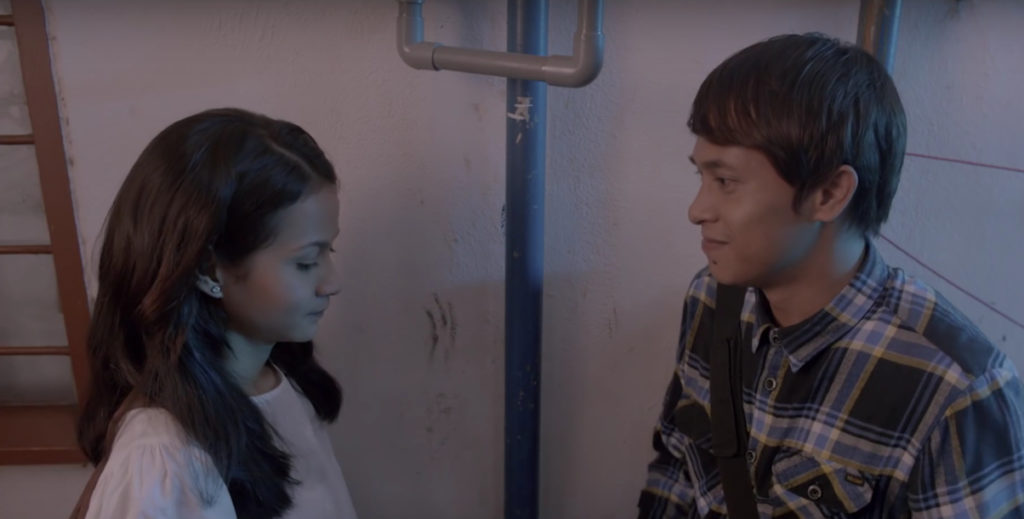 Pekak is a 2015 Malaysian drama film that won the hearts of many with its ‘love conquers all’ storyline, centring around Uda, a deaf drug dealer played by Zaharil Adzim. While mixing with the world of drugs and violence, he meets a rebellious schoolgirl by the name of Dara, played by Sharifah Amani and the two form an unlikely bond. The film was sold at the  Cannes Film Festival’s Marché du Film. 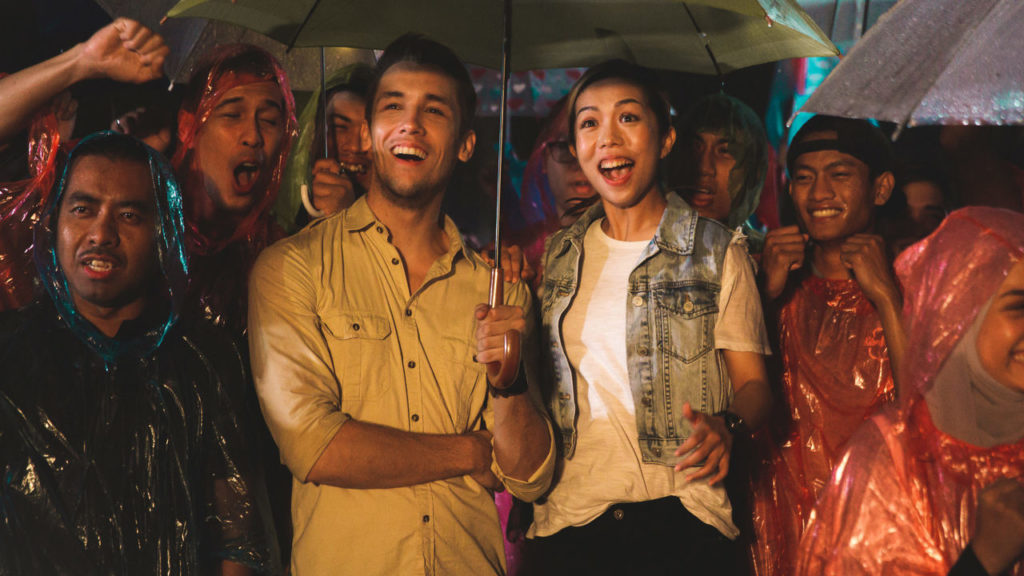 While it didn’t hit the lengthy heights many thought it would, Rise: Ini Kalilah is more than just a movie out to make a profit. The 2018 political drama was co-directed by Saw Teong Hin, Nik Amir Mustapha and MS Prem Nath and features an ensemble cast, including the likes of Jenn Chia, Remy Ishak, and Sangeeta Krishnasamy. Rise: Ini Kalilah a worthwhile was based on true events during the 14th General Elections back in 2018, making it a worthwhile watch for all who witnessed a historic change in Malaysia’s political landscape. 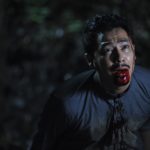 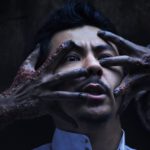 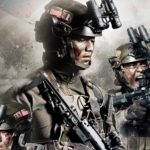 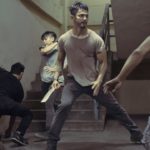 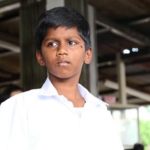 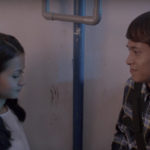 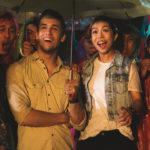 Malaysian movies may not be well-known around the world, but it still holds a special place in our hearts, and even on Netflix. After all, we are a very proud and loyal bunch. We may have differences in many issues but when it comes to banding together in the name of unity and patriotism, we’ve got each other’s backs. This is most evident when it comes to sporting events. While the same can’t be said for Malaysian movies and series, it still has a loyal fanbase that is steadily growing.

Over the past couple of months, Netflix has added a wide variety of different content on its streaming platform, most of which are some Southeast Asian countries like Malaysia and Singapore. And what better way to celebrate the long Merdeka weekend than to kick back and relax with some of these top Malaysian movies on Netflix.

There’s a wide variety for you to choose from, including horror, comedy, and drama.

Netflix malaysian movies
You might also like ...
Culture
Ran out of things to watch? Try these 6 underrated European TV series
Culture
10 pandemic-themed shows to stream online
Culture
Laugh out loud at these 9 stand-up comedies streaming on Netflix
Culture
10 horror movies to stream on Netflix for the ultimate spook-fest
Wi-Liam Teh
Senior Writer
Wi-Liam is a geek at heart with a penchant for tattoos. Never without a drink in hand (preferably whisky, gin, or Guinness), he is also a writer by day and a keyboard warrior by night. On his day off, he masquerades as a streetwear and sneakerhead enthusiast while his bank account says otherwise.
Tech Cars Watches Entertainment Food Drinks