Home > Culture > Entertainment > Mat Kilau to Polis Evo: These are the highest-grossing local films in Malaysia

Mat Kilau to Polis Evo: These are the highest-grossing local films in Malaysia

From Syamsul Yusof’s top-charting Mat Kilau to the best-selling animated film, Ejen Ali: The Movie, we have curated a list of the highest-grossing local films in Malaysia and where you can watch them.

Ask yourself this: Have you watched Malaysia’s highest-grossing films? If you haven’t, here’s your chance to catch them. This year, Syamsul Yusof’s Mat Kilau is still breaking the Malaysian box office since its release in June 2022 and currently stands at the number one spot earning RM90 million. That’s not all. The Yusof brothers (Syafiq Yusof and Syamsul Yusof) are ruling the list with their other notable films such as Munafik 2, Abang Long Fadil 2, Polis Evo and its sequel Polis Evo 2. Apart from action and horror, three animated films also earned a spot on the list for their heartwarming tale and adventure, featuring Malaysia’s lovable characters Ejen Ali, Upin & Ipin and lastly, BoBoiBoy. If you love military-action flicks, check out the 2018 film PASKAL.

Read further to see which top box office earners made it on the list of the highest-grossing Malaysian films (as per Finas).

Here are the highest-grossing local films in Malaysia: 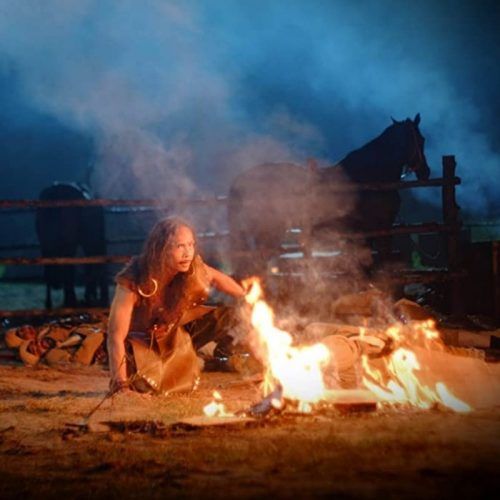 Culture
The Batman to Top Gun: Maverick: 10 of the highest-grossing films of 2022 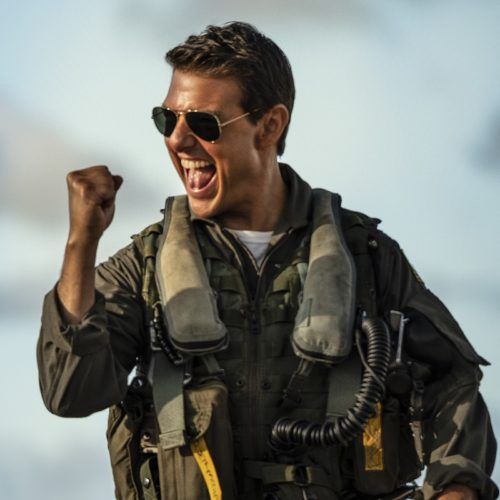 Directed by Syamsul Yusof, Mat Kilau: Kebangkitan Pahlawan made headlines for earning RM90 million across Malaysia, Singapore and Brunei since its release on 23 June 2022 — quickly making it the highest grossing local film here. As of 26 July, the historical biographical film has remained at the top beating Top Gun: Maverick, Minions: The Rise of Gru and Jurassic World Dominion at the Malaysian box office.

Inspired by the Malaysian historical figure Mat Kilau (played by Adi Putra), the movie explores the life of the man who had fought against the British colonists in Pahang before independence. The film features star-studded names such as Dato’ Jalaluddin Hassan, Fattah Amin, Beto Kusyairy, Johan As’sari, and more.

Book your tickets for Mat Kilau at Dadi Cinema, TGV and GSC Cinema.

Horror movie fans will remember this supernatural flick directed, co-produced, written and starred by Syamsul Yusof. As a sequel to Munafik (2016), the movie features the biggest names in the industry, such as Maya Karin, Nasir Bilal Khan, Rahim Razali, Fizz Fairuz and more. Created with a budget of just RM2.9 million, the film earned RM37.7 million and was the number one local film in Malaysia until Syamsul Yusof’s 2022 movie Mat Kilau bagged the number one spot.

Two years after the first movie, the sequel explores the life of Ustaz Adam (played by Syamsul Yusof) as he continues his responsibility to heal people affected by black magic and jins. His faith is tested when he helps a single mum Sakinah (Maya Karin), from the evil of a preacher named Abu Jar (played by Nasir Bilal Khan), who uses black magic to destroy anyone who does not obey his teachings.

Husin (played by Awie) returns to his hometown Kampung Pisang (Banana Village) after being away for some time. However, he has a strange feeling about his neighbour Mak Limah and explains his concerns to the villagers. They later find out that Kak Limah is dead, and her ghost is roaming around Kampung Pisang. After her burial, strange occurrences continue to torment the village, and it is up to Husin and his gang to figure out a way to stop Kak Limah.

Produced by WAU Animation, Ejen Ali is Malaysia’s best-selling animated film after Upin & Ipin: Keris Siamang Tunggal. The cartoon character is adored by children and families for its incredible tale of a teenage boy named Ali who has been recruited as a spy. Created by the founder of WAU Animation, Usamah Zaid, the character begins its journey as a series and eventually releases its first movie, Ejen Ali: The Movie, in 2019. Fans praised the film for its action sequences, significance and character development.

Ejen Ali: The Movie follows 12-year-old Ali as he navigates life battling crime in a top-secret agency, Meta Advance Tactical Agency (MATA). While Ali adapts his life as an agent, we later meet a mysterious new character, Niki, who steals tech to sustain the slums. As he befriends Niki, she drops a vital piece of information about Ali’s past and his parent’s whereabouts.

The series BoBoiBoy consists of three seasons before releasing its first film on 3 March 2016. However, the 2019 BoBoiBoy Movie 2 earned RM30 million after a successful release across Malaysia, Brunei, Vietnam and Singapore. In 2020, the movie was nominated for “Best Animated Film” by the Florence Film Awards, “Best Animation 3D Film” by the New York Animation Film Awards and “Best Animated Film” by the Malaysian Film Festival. The movie won “Best Photo/Poster” and “Best Teaser/Trailer” at the Laurus Film Festival.

The superhero animated film revolves around BoBoiBoy with a unique ability to control three elements: earth, wind and lightning. BoBoiBoy and his friends were attacked by the villain Retak’ka, who seeks the superhero’s powers to become the most prevalent person and dominate the galaxy.

Based on actual events, the movie explores the life of an elite special force in Malaysia in the naval unit called PASKAL. Starring Hairul Azreen and Jasmine Suraya Chin, PASKAL: The Movie was directed by Adrian Teh and produced by Asia Tropical Films and Golden Screen Cinemas. Premiered on 27 September 2018, the movie earned RM30.5 million two months after its debut. Fun fact: Actor Tiger Chen Hu, known for his iconic fight scenes in Charlie’s Angels and Matrix, made a special appearance in the film as Han.

As quoted by New Straits Times, “they may consider making another action-packed sequel which focuses on other brave heroes of Paskal, apart from First Admiral Anuar Alias (who was portrayed by Hairul Azreen).”

Based on actual events, the movie explores a rescue scene by the Malaysian special forces in the naval unit PASKAL in 2011 when Somali pirates hijacked a Malaysian ship, MV Bunga Laurel.

Who wouldn’t recognise Malaysia’s favourite twins, Upin and Ipin? These 5-year-olds not only won the hearts of Malaysians but are well known across Singapore, Indonesia and Brunei. The 2019 animated adventure film Upin & Ipin: Keris Siamang Tunggal has grossed about RM26.2 million and won Best Feature Film at the 2019 Montreal International Animation Film Festival. First premiered in 2007, the series has garnered fans from various countries for its heartwarming storytelling by promoting Malaysian culture and the harmonious relationships across different societies, races and religious backgrounds.

The 2019 film revolves around the adventures of the twins and their gang when they come across a magical keris (Malay dagger) that opens a portal to the Kingdom of Inderaloka. As they try to find a way back, the gang meet various characters from Malay folklore, such as Bawang Merah and Bawang Putih, Mat Jenin and Pak Belalang. The crew and their new friends devise a plan to save the kingdom from evil.

Malaysians can’t get enough action flicks, and it’s clear that the 2015 Polis Evo and 2018 Polis Evo 2 have become the country’s highest-grossing films. Starring award-winning actors Shaheizy Sam and Zizan Razak, the sequel to the action-comedy Polis Evo ranked RM22.4 million at the box office. This time, Indonesian actress Raline Shah earned a spot in the film along with other famous Malaysian stars such as Hasnul Rahmat, Hairul Azreen, Erra Fazira and Riz Amin. Fans adore the sequel for the cast’s impressive action scenes and intense performance.

After the astounding success revolving around Polis Evo, Shaheizy Sam and Zizan Razak reprised their roles as Inspector Sani and Khai. The movie follows the duo and their team as they pursue extremist religious leader Hafsyam Jauhari (played by Hasnut Rahmat) and cult members. The latter have invaded a remote island and taken hostages.

The movie follows Fadil as he accidentally falls into the mafia world led by Taji Samprit and his son Wak Doyok. However, things went awry when he was suspected of a professional assassin named Tiger. To clear his name, Fadil decides to lead his life as Tiger in hopes of discovering Tiger’s true identity.

Malaysia’s favourite inspectors bagged the 10th spot with RM17.7 million. The movie introduces the world to Inspector Khai and Inspector Sani, played by Shaheizy Sam and Zizan Razak as the leading stars. The film was directed by Ghaz Abu Bakar and written by Joel Soh, Kyle Goonting, Anwari Ashraf and Adib Zaini. According to Perak Today, the movie was declared the country’s highest-grossing film at the box office within 42 days in 2015. It was also the first time Sam and Zizan were paired on screen.

Polis Evo follows two inspectors with very different personalities. However, they later band together by setting aside their differences to work on a drug trafficking syndicate in Terengganu.