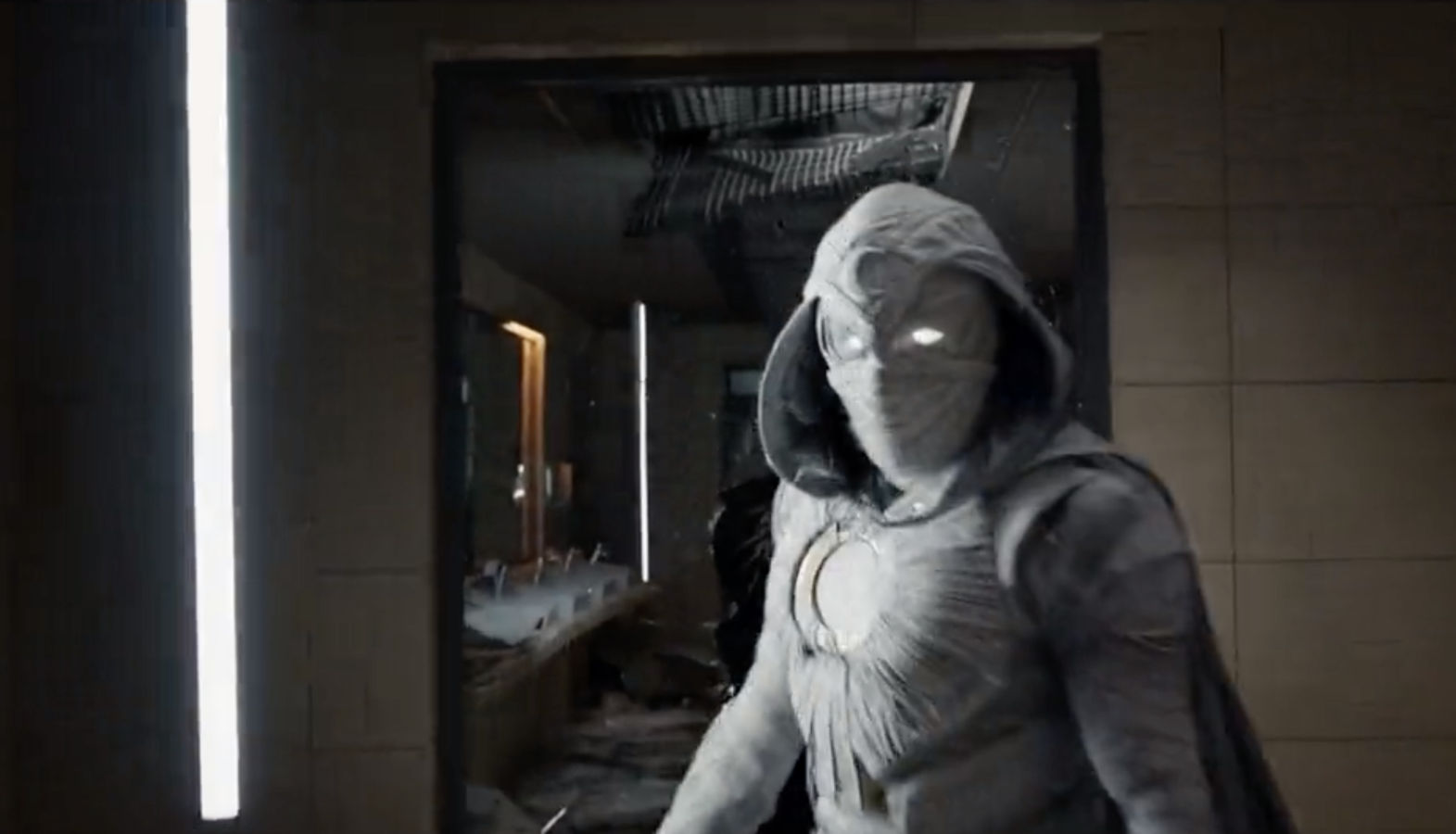 Marvel released the first trailer of Moon Knight on 17 January at the  NFL Super Wild Card match-up. A first look at a new poster was also released alongside.

Moon Knight is a Marvel Cinematic Universe (MCU) series that will premiere on Disney+ on 30 March 2022.

“The series follows Steven Grant, a mild-mannered gift-shop employee, who becomes plagued with blackouts and memories of another life. Steven discovers he has dissociative identity disorder and shares a body with mercenary Marc Spector. As Steven/Marc’s enemies converge upon them, they must navigate their complex identities while thrust into a deadly mystery among the powerful gods of Egypt,” reads the official synopsis by Marvel.

Check out the all new poster for Marvel Studios’ #MoonKnight and start streaming the Original series March 30 on @DisneyPlus. pic.twitter.com/E3pacO7gAr

Moon Knight in the comic books is the alter ego of US marine Marc Spector. His superhero powers come from the Egyptian moon god Khonshu.

The trailer shows its main character played by Oscar Isaac fighting strange mental voices in his head before transforming into the titular superhero Moon Knight.

Ethan Hawke and May Calamawy are the other two main leads.

Moon Knight trailer is as cinematic as it can get

The trailer shows Steven (Isaac) has tied himself with chains to his bed. Voices in the background reveal that he is consulting a specialist for his sleeping disorder.

“I can’t tell the difference between my waking life and dreams,” he is heard saying.

It soon appears that his mental condition is in a very serious stage as he dozes off on passengers in the bus, is made fun of at work, and his hallucinations alarm others.

He then picks a hidden phone on which a caller addresses him as “Marc”.

Viewers then see Arthur Harrow (Hawke) walking among a group of seemingly ordinary people, who kneel before him.

“It must be very difficult. The voices in your head. There’s chaos in you,” Harrow tells Steven.

The trailer then proceeds into pure action. Steven is shown increasingly becoming unstable, fleeing in a truck with a gun in hand, and running in some kind of a corridor.

And then, with the voice telling him to “embrace the chaos”, he transforms into Moon Knight, complete in a gray mummified costume and hood with blazing white eyes.

The people behind the series

The episodes are directed by Mohamed Diab and the team of Justin Benson & Aaron Moorhead.

Moon Knight, the series, has Jeremy Slater as the head writer.

What more to expect from the show

On 10 March the makers released a featurette with inside commentary from the lead actors, executive director Feige, and director Diab.

Oscar Isaac, May Calamawy and Ethan Hawke share bits about how they approached their respective characters and what audiences can expect to see in the show.

“The fun of Moon Knight is getting introduced to a new superhero and a new world,” Hawke says in the 1.33 minute-long clip.

Isaac emphasises on the mental health aspect of his character.

“It’s a real, legitimate character study . . . our job was to kind of put a lens on the things that had the most dramatic juice, and ultimately, take the mental health aspect incredibly seriously,” he says.

marvel cinematic universe Disney+ Hotstar Oscar Isaac Ethan Hawke Moon Knight
Manas Sen Gupta
Manas enjoys reading detective fiction and writing about anything that interests him. When not doing either of the two, he checks Instagram for the latest posts by travellers. Winter is his favourite season and he can happily eat a bowl of noodles any time of the day.
Travel Culture Entertainment Food
Sign up for our newsletters to have the latest stories delivered straight to your inbox every week.