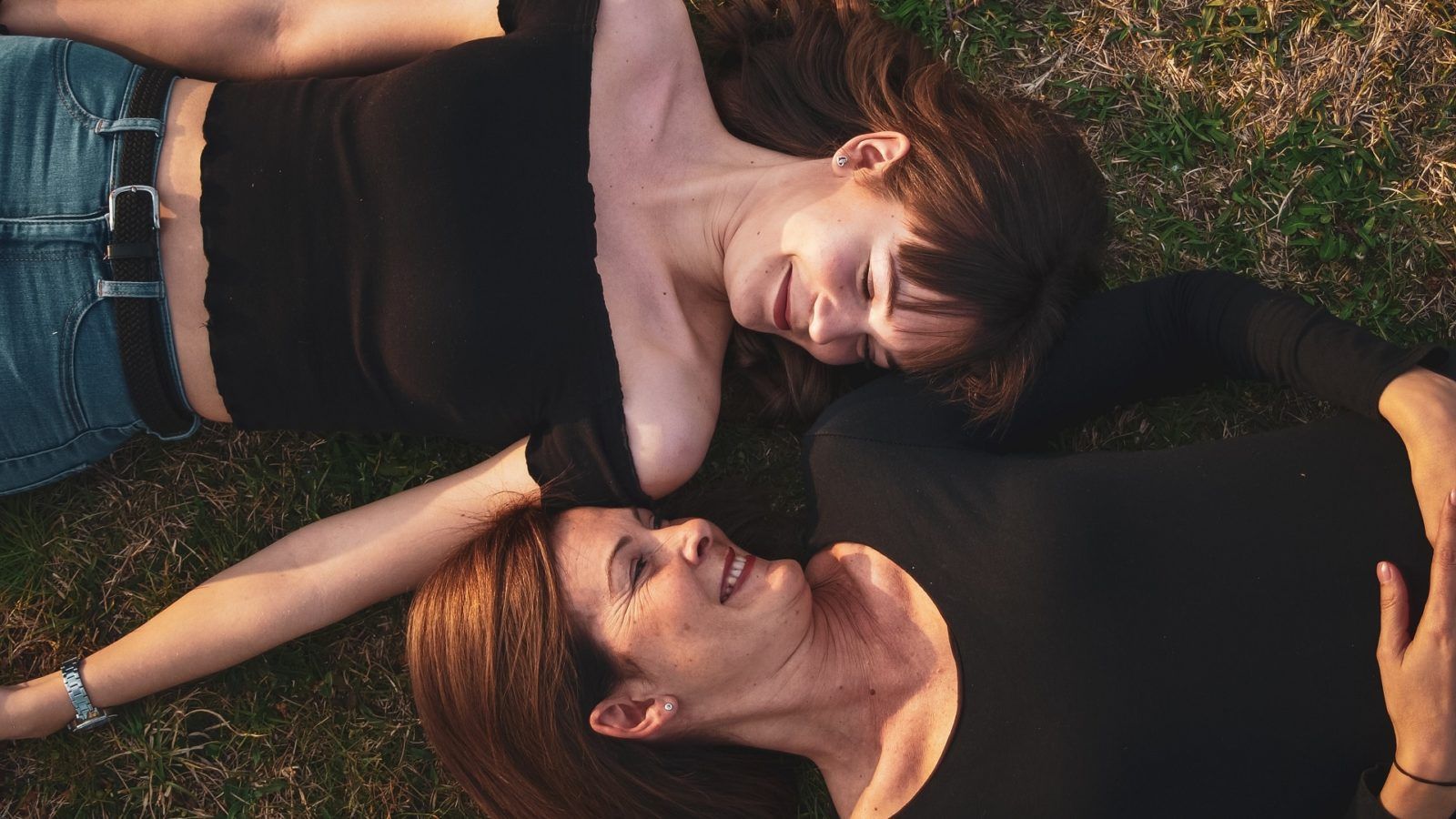 14 Mother’s Day movies to watch with your mom

Looking for ideas to celebrate Mother’s Day this year? How about taking out a few hours from your tight schedule and watching any of the amazing Mother’s Day movies with your mom? There are many cinematic marvels revolving around ‘mothers’ that you can watch with her — ranging from pleasant and happy ones to the ones that are emotionally moving.

There are countless films dedicated to mothers. In fact many of them especially focus on mother-daughter relationships. These include Joy Luck Club (1993), which is about a group of Chinese-American women and their relationship with their immigrant mothers. Then there is the hilarious My Big Fat Greek Wedding (2002), which is a heartfelt story of how a mother tries everything to get her daughter married to the guy she loves.

Here are a few suggestions for a movie night on Mother’s Day, which you can enjoy with your mom or maybe even the whole family! Take your pick, get the popcorn ready and have fun.

Julie Powell (Amy Adams) decides to cook every recipe mentioned in the first cookbook of Julia Child (Meryl Streep), which the latter took great pains to come up with. The film follows the journey of the two women separated by timelines — Powell is in 2002 while Child is in the 1950s.

The film also stars Stanley Tucci and Chris Messina in key roles. For her performance, Streep was nominated for the Best Actress Academy Award in 2010.

Set in 1982, the animated slice-of-life film from the legendary Studio Ghibli is about a woman named Taeko Okajima (voiced by Miki Imai), who travels to a family member’s place in the rural countryside to escape her hectic city life in Tokyo. Once there, she rediscovers herself, her priorities and her career through reflections from her life as a young girl and in the present as an adult.

Directed by Japanese auteur Isao Takahata of the Grave of the Fireflies fame, Only Yesterday holds a Rotten Tomatoes rating of 100 percent. An English dubbed version of the film was released in 2016.

A remake of the 1961 film of the same name, The Parent Trap is the story of twin sisters, Hallie and Annie (both played by Lindsay Lohan), who are separated at birth after their parents’ divorce. After a meeting coincidentally, years later, Hallie and Annie devise a plan to bring their parents back together.

Malorie (Sandra Bullock) must protect two little children and herself from an inexplicable entity, whose mere sight has led people to kill themselves. Together with other survivors, they navigate the dystopian world blindfolded to avoid the entity and reach a place believed to be safe from the threat. Bird Box is based on the 2014 novel by Josh Malerman and is directed by Susanne Bier.

Winner of the Academy Award for Best Animated Feature in 2013, Brave tells the story of a young princess in Medieval Scotland, Merida (voiced by Kelly Macdonald), who is an expert archer and extremely courageous. She attempts to change her fate following an argument with her mother Queen Elinor (Emma Thompson) over her betrothal. It goes horribly wrong, resulting in a curse that turns the queen into a bear. Merida must now find a way to free her mother from the curse.

The American musical, considered as one of the greatest films of all time, is set in Austria just before the outbreak of World War II. A young Austrian woman, Maria (Julie Andrews), is hired as a governess for the seven children of retired naval officer Captain Georg von Trapp (Christopher Plummer), who is a widower and a strict disciplinarian. Maria’s efforts help the children find joy and music and the environment around the house becomes lively.

The film is based on the true story of the von Trapp family of singers. It was met with critical acclaim upon release and won five Oscars, including Best Picture in 1966.

The film is the most recent adaptation of the eponymous 1868 literary classic by Louisa May Alcott. It follows the lives of four March sisters — Jo March (Saoirse Ronan), the principal protagonist of the novel, Meg March (Emma Watson), Amy March (Florence Pugh) and Beth March (Eliza Scanlen). Set in the years after the American Civil War, the sisters try to live life on their terms while facing love, poverty, heartbreak and a tragedy that brings them together.

One of the finest movies to watch with your mom, Little Women won the 2020 Academy Award for Costume Design and was nominated in five other categories, including Best Picture and Best Actress (for Ronan).

Auggie (Jacob Tremblay), a boy with a facial deformity, tries to adjust to a ‘normal’ life after he is enrolled in a private school for the first time. His struggle to make friends at school inspires those around him to be a better version of themselves.

Based on the 2012 novel of the same name by RJ Palacio, the film stars Owen Wilson and Julia Roberts as Auggie’s parents. Wonder was nominated for the Academy Award for Makeup and Hairstyling in 2018.

Sophie Sheridan (Amanda Seyfried) invites three men to her wedding without telling her hotelier mother, Donna (Meryl Streep). Sophie believes that one of these men — Sam Carmichael (Pierce Brosnan), Harry Bright (Colin Firth) and Bill Anderson (Stellan Skarsgård) — is her father. The arrival of the men brings in a wave of memories and discoveries for all. The film is also famous for the use of hit musical numbers by pop group ABBA. It spawned a sequel-prequel film in 2018, Mamma Mia! Here We Go Again.

Tess Coleman (Jamie Lee Curtis) is a single mother who doesn’t get along well with her teenage daughter Anna (Lindsay Lohan). One day, following an argument, the two find their bodies switched. The mother-daughter duo must now pose as the other, deal with the complexities of each other’s lives and try to find a way to get back in their own bodies.

A perfect movie for the entire family, the comedy-drama revolves around a same-sex couple, Nic and Jules (Annette Bening and Julianne Moore, respectively). Their teenage children, Joni Allgood (Mia Wasikowska) and Laser Allgood (Josh Hutcherson), were conceived by artificial insemination by the same sperm donor — restaurateur Paul Hatfield (Mark Ruffalo). One day, the children decide to invite their biological father into their family leading to tensions between Nic and Jules.

The film was nominated for four Academy Awards in 2011, including Best Picture.

The film revolves around the dysfunctional Hoover family. When Olive Hoover (Abigail Breslin), the seven-year-old daughter of Sheryl (Toni Collette) and Richard (Greg Kinnear), gets a chance to participate in a beauty contest in California, her entire family goes on a road trip in their yellow Volkswagen van, to get her there. On board are her uncle (Steve Carell), half brother (Paul Dano) and grandfather (Alan Arkin) — all of whom have idiosyncratic personalities. The long trip thus becomes a test of the group members’ patience with each other.

The relationship between a mother and her rebellious daughter is wonderfully explored in Lady Bird.

Christine ‘Lady Bird’ McPherson (Saoirse Ronan) is a teenage girl in a Sacramento high school who wants to escape her life and go to a collage, which is on the East Coast. She has strong disagreements with her mother, Marion McPherson (Laurie Metcalf), but eventually realises the crucial role she played in her life.

Ballad of a Soldier is one of the best mother’s day movies to watch with your mom. The beauty of this essentially anti-war film lies in its poignant note to all soldier sons, who desire to see their mother one final time.

For his outstanding bravery during World War II, a Soviet soldier named Alyosha Skvortsov, who is in his late teens, is granted leave for a few days to go home and meet his mother. As he travels from the Eastern Front to his village, the soldier tries to help people he meets, fulfil the errands his comrades at the front have tasked him with, finds love but only to lose it and tries to overcome various other obstacles on the way back home. And when he reaches his village, it is already time to return to the front and all he can do is just spend a few minutes with his middle-aged mother, who vows to wait for him till he returns.

The film is directed by Soviet cinema auteur Grigory Chukhray and stars Vladimir Ivashov as the soldier. It was nominated for the Academy Award for Best Original Screenplay in 1961. It won a BAFTA for Best Film From Any Source in 1962 and the Special Jury Prize at the 1960 Cannes Film Festival.

Mother's Day The Sound of Music Movies Little Women Parent Trap Dumplin'
Manas Sen Gupta
Manas enjoys reading detective fiction and writing about anything that interests him. When not doing either of the two, he checks Instagram for the latest posts by travellers. Winter is his favourite season and he can happily eat a bowl of noodles any time of the day.
Travel Culture Entertainment Food
Sign up for our newsletters to have the latest stories delivered straight to your inbox every week.

Celebrating Pride Month: 11 Asian LGBTQ+ movies that you must watch

We rank the ‘Bling Empire’ cast by their stratospheric net worth