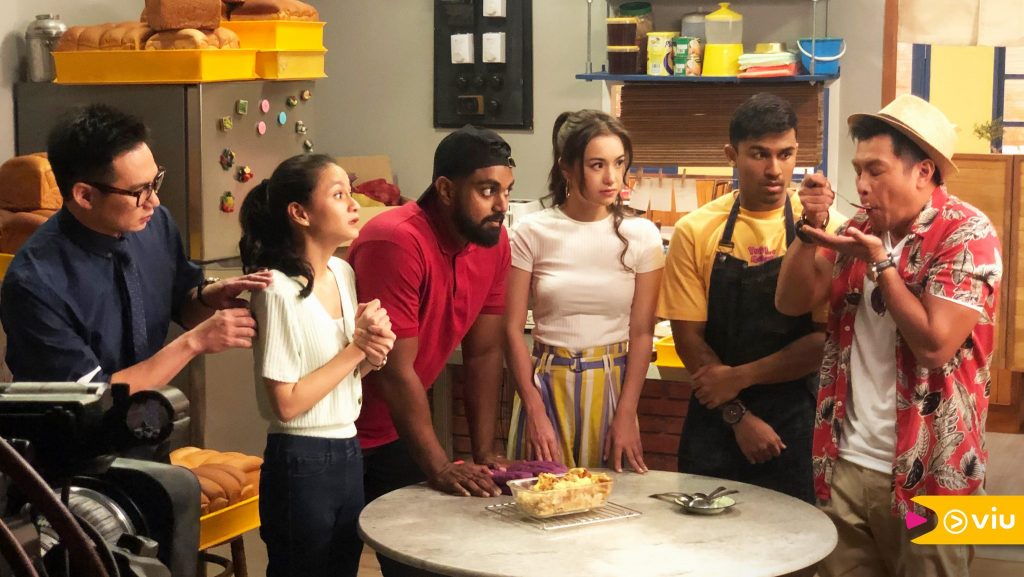 Had enough of Korean dramas? Here are some nostalgic local TV series to watch as you reminisce the good old days while on a partial lockdown.

Before the age of Netflix, Apple TV or even YouTube, local TV channels put up a great list of sitcoms and drama series that could rival some of the best K-dramas out there. Those days were also career starters for many local actors and actresses — all extremely talented in their own rights.

From Chelsia Ng and Douglas Lim’s debut in Kopitiam (Malaysia’s longest-running English-language sitcom) to the iconic Pi Mai Oi Mai Tang Tu that ran from 1985 to 2004 as well as Spanar Jaya that aired for seven seasons since 1999 featuring Deanna Yusoff, Zaibo, and Wardina Safiyyah, local television was at its peak in the late 1990s to early 2000s before the internet of things took over its dominance.

Entertainment
Gear
Feeling lonely? Watch a movie with your friends thanks to Netflix Party
Culture
What is Apple’s new streaming service, TV+ and what’s there to watch?

Thanks to Netflix and other streaming platforms, you’re now able to rewatch some of your favourite nostalgic TV shows — some over 200 episodes — to keep you entertained especially during these days of partial lockdown.

For more stories that will help you ride out the Movement Control Order (MCO) amidst the Covid-19 season, check out this page. 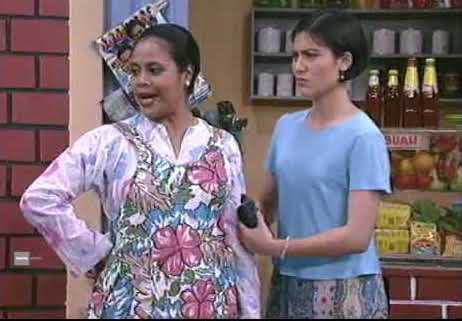 This longest-running Malay sitcom that aired for almost two decades has never cease to make audience laugh it out loud. A northern slang, ‘Pi Mai Pi Mai Tang Tu’ simply means you can’t change one’s essential nature — a tiger cannot change its stripes. It is a hilarious improv comedy show revolving around the daily lives of the tenants (played by some of the best local comedians in the 90s) at Flat Seri Wangi and is a true depiction of a harmonious multi-racial community that’s uniquely Malaysian. 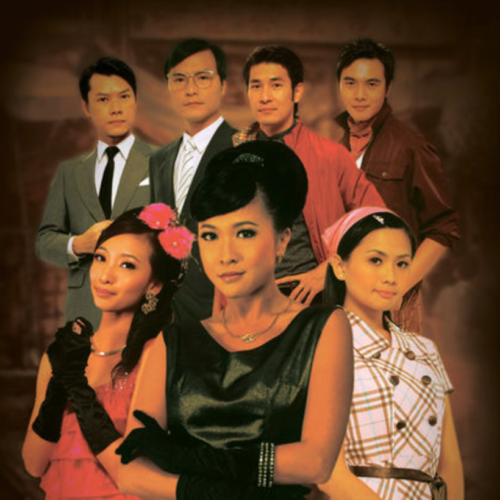 Debbie Goh, Aenie Wong and Frederick Lee star in this tear-jerking soap opera that revolves around friendship, ambition and love. First released in 2008, Age of Glory ran for two seasons and is set in the vibrant nightlife of 1960s Kuala Lumpur during the days of jazz clubs, thriving ‘red districts’ and post-war recovery. 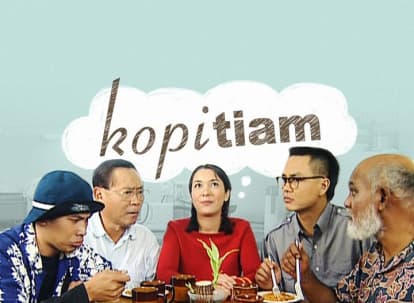 Malaysia’s longest-running English-language sitcom, Kopitiam is director Ng Ping Ho’s best work. The show features the likes of Joanna Bessey, Douglas Lim, Rashid Salleh, Chelsia Ng and even former Miss World second-runner up, Lina Teoh. A Malaysian situation comedy, Kopitiam depicts the daily musings between the old and young generations, cultural and family values, as well as the political scenes during the new millennia — something many of us can relate with. 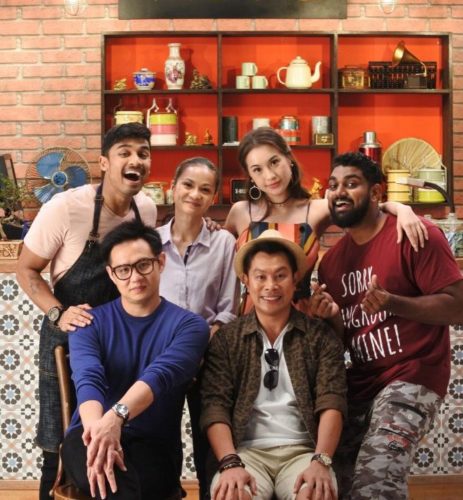 The popular 90s Malaysian sitcom got a reboot in 2019 after almost 15 years since its last episode. Exclusively aired on VIU, the refreshed series continues the story of the kopitiam as new owners Alia (played by Sharifah Amani) and Seleb (played by Melissa Campbell) bid to bring the kopitiam back to life into the 21st century. Original cast members Lina Teoh, Joanna Bessey, Mani Maniam and Tan Jin Chor also make cameo appearances in the series. If you’ve watched Kopitiam growing up, this is a short series you shouldn’t miss. 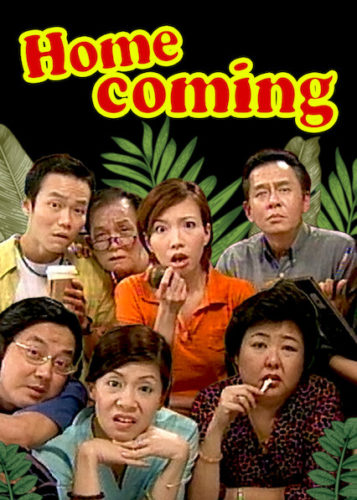 Family values are captured satirically in this hysterical drama series that spans over 250 episodes. Enjoy this light and easy show that talks about everything you find in the daily news — scams, family feuds, rivalries, as well as traditional versus westernised mindsets, all in the company of the Wong family starring the likes of Susan Wong, Lynn Lim Pei Ying, Douglas Lim and Wong Chui Ling. Be prepared to laugh as you spend quality time watching Homecoming with your parents or grandparents. 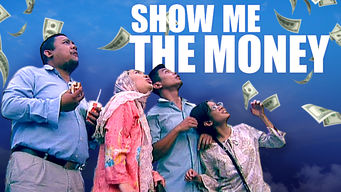 6
Show Me The Money

Afdlin Shauki and Patrick Teoh starred in this hilarious sitcom about a chicken farmer and his family who suddenly become overnight millionaires thanks to an unlikely benefactor. Knowing nothing about running a multi-million corporate company, watch Rizman (played by Shauki) as he circumnavigates his life when everything he knew was taken away from him. 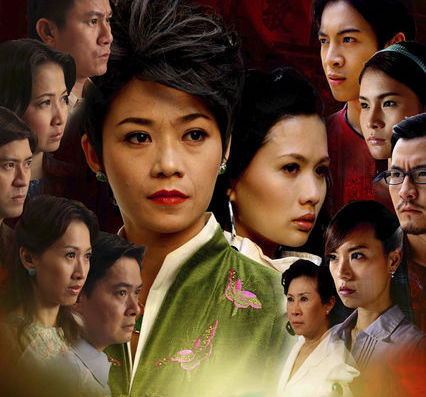 Yeo Yann Yann plays the lead role in this epic drama series that talks about how a headstrong young woman battle a with deeply patriarchal culture to secure her family’s legacy after business woes destroy what her father has built over the years. This intense and nail-biting series also shows the cracks in a generational family, and how one woman risks everything to save her loved ones. 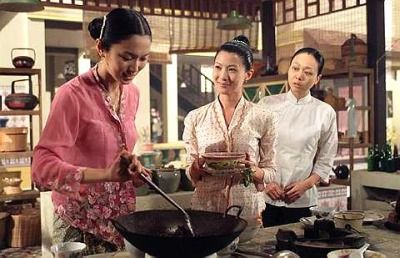 This may be a Mediacorp production but the entire show was filmed in Malaysia, particularly Penang and Melaka where the last traces of Peranakan culture thrive. It chronicles the story of Huang Ju Xiang and her daughter Yue-Niang (both played by Jeanette Aw) who struggled through the Japanese occupation, family feuds and misfortunate events in a matriarchal Nyonya family; all while weaving the dying Peranakan culture into the show as a means of educating the public. It is a binge-worthy show that can be watched over and over again — which will leave you feeling emotional, angry and touched by great storytelling and impeccable acting.

Watch on Netflix
Netflix youtube what to watch Nostalgic covid-19 coronavirus local dramas MCO Culture
You might also like ...
Culture
10 Korean dramas to binge-watch on Netflix during the partial lockdown
Culture
Escape into the future with these 8 best sci-fi TV shows
Martin Teo
Content Editor
Martin loves traveling the world to see ancient ruins and classical architecture. He enjoys the culinary experience of various cities but (still) refuses to eat anything insect-like. On a daily basis, he finds time hitting the gym to compensate for the amount of food he needs to eat just to write an article.
Dining Living Culture Travel Style Home