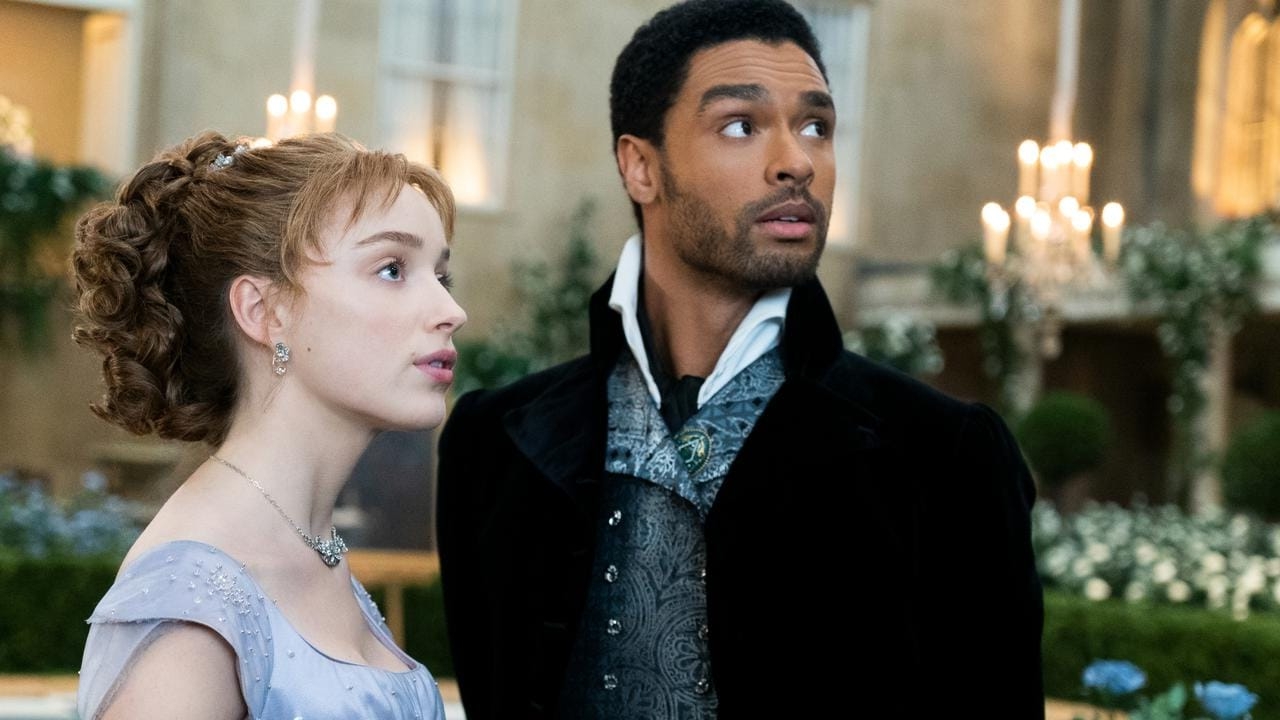 ICYMI, the Duke of Hastings won’t be returning for season two of Bridgerton.

If you’re a true Bridgerton fan, you will have heard the news by now: Rege-Jean Page will not be part of the second season of the beloved period drama. And whilst our hearts are still a little broken, there’s nothing like a public holiday to get us reminiscing. Here, we highlight our favourite Rege-Jean Page moments on Bridgerton, and all the hottest moments where the duke made us clutch our corsets.

1. When Simon meets the Brigdertons for the first time

Simon gets invited to the home of the Bridgertons for dinner, and we get a sense of the dynamic between the two central characters. Daphne and Simon aren’t an item just yet, but they’ve got some cute bickering and banter going on.

2. When Daphne punches Nigel and Simon comes to her rescue

This was a real hero moment. The terrible (sorry not sorry) Nigel tries to make a move on Daphne, and she punches him. Seeing this, Simon acts as if it was he who punched Nigel, saving Daphne’s face and reputation.

Granted, these aren’t scenes in which Rege-Jean Page stars himself, but they did give us a great sense of his character, and why he was constantly boasting a very brooding aura.

4. Simon and Daphne making fun of everyone

This happened at several balls, as both Daphne and Simon found joy in commenting on the ridiculousness of the courting season. It continued to show the couple’s sweet chemistry, whilst also portraying a lighter side to both characters.

5. Daphne and Simon’s first kiss in the garden

This felt like it took forever to happen, but when it did, it was beautiful. Sadly, Simon gets punched by Daphne’s brother Anthony when the pair gets caught making out, but it was all worth it in the end.

It just felt refreshing to see him out of his formal coats.

7. Daphne and Simon pleading with the queen

This is probably one of the more iconic dialogues in the show. Never really unveiling each other’s feelings up until this point, it was heartwarming for viewers to see Simon confess his feelings for Daphne in front of the queen. Even though he speaks about her and not to her, our heartstrings were significantly tugged.

If you want to swoon again, here’s the snippet:

“I have never been a man that much enjoyed flirting, or chatting, or indeed talking at all, but with Daphne, Miss Bridgerton, the conversation has always been easy. Her laughter brings me joy. To meet a beautiful woman is one thing, but to meet your best friend in the most beautiful of women is something entirely apart, and it is with my sincerest apologies I must say it took the prince coming along for me to realize I did not want Miss Bridgerton to only be my friend. I wanted her to be my wife. I want her to be my wife, and so I plead with you, not to make us wait.”

8. The consummation of the marriage

We can’t say we weren’t on the edge of our seats waiting for this moment to happen. Hands down, one of the most satisfying scenes we’ve watched in a long time.

9. Simon and the spoon

This was equal parts uncomfortable as it was seductive. It felt like we had come a long way since childhood Simon and boxing ring Simon.

10. And essentially all the raunchy scenes from episode 5 onwards

We couldn’t settle on a single one here. The stairs? The office? The gardens? The rain? The list is endless. Which is your favourite? Rege-Jean Page, we’re going to miss you.

Entertainment Netflix Bridgerton
Lisa Gries
Creative Content Director, Bangkok
Lisa loves to travel, and is always on the lookout for the world’s best nap spots. She’s a serious Asian art history nerd, and has a knack for languages and coffee table books. She hopes to publish her own novels one day, one of which will likely be called ‘All The Great Conversations I Had In A Bangkok Speakeasy.’ It’s a work in progress.
Travel Drinks Dining Watches