The best nightclubs in KL to get the party started

It’s Friday night. You’ve had a long week and the weekend is beckoning deliciously. It’s time to let loose and shake off the tension you’ve accumulated and just let it all go. How does one let loose? Allow us to make a suggestion: hit up these nightclubs in KL.

There’s something cathartic about heading to a nightclub with its loud, blaring music and dancing your socks off. Everyone is there to have a good time and nobody cares how you look like dancing — unless, of course, you’re there for the hunt. These nightclubs in KL also often play host to international DJs that will guarantee you good, interactive music to party the night away with your friends.

But not all nightclubs play thumping EDM. There are several nightclubs in KL that offer different kinds of music for niche music enthusiasts. SIX, for instance, often brings in local indie artists to be at the decks, while clubs such as Groove the Disco play some pretty vintage tunes from the 70s to the 90s. It’s perfect for those who enjoy a different sort of music to groove to.

You know what they say: “Work hard, and party harder.” 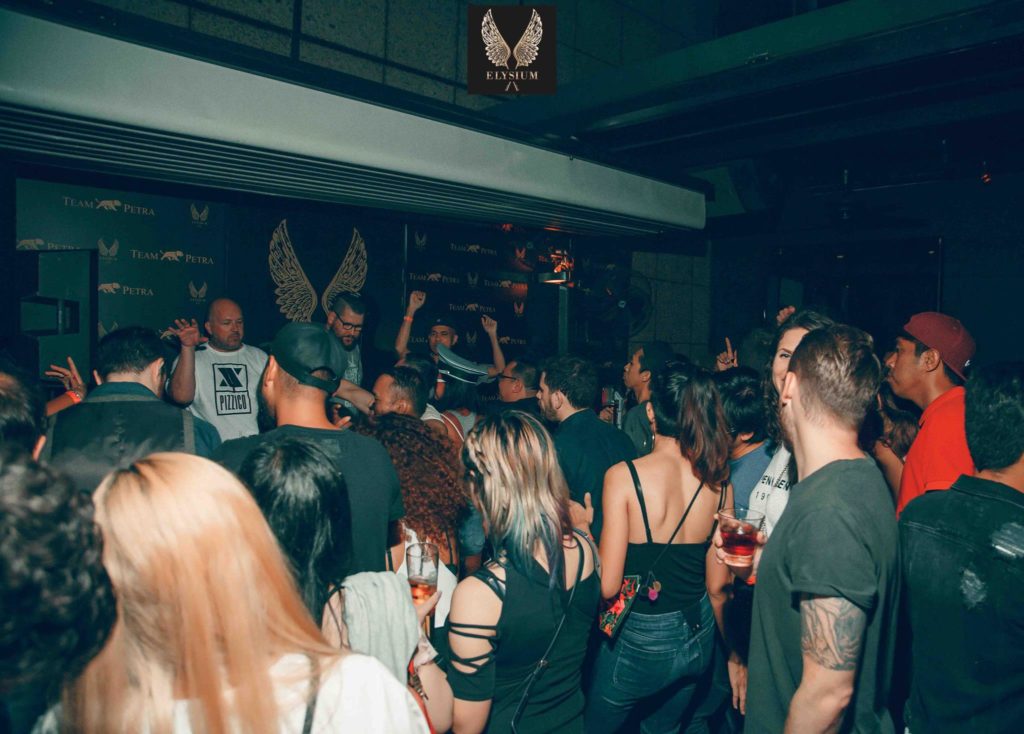 You might remember them from before when they occupied a rooftop space in Wisma Goldhill. They have since moved to Jalan Mesui—not too far away—but maintain the same vibe of electronic music and a wide drinks selection. Be sure to head there during happy hours and, for the ladies, on ladies’ night to get the best deals. 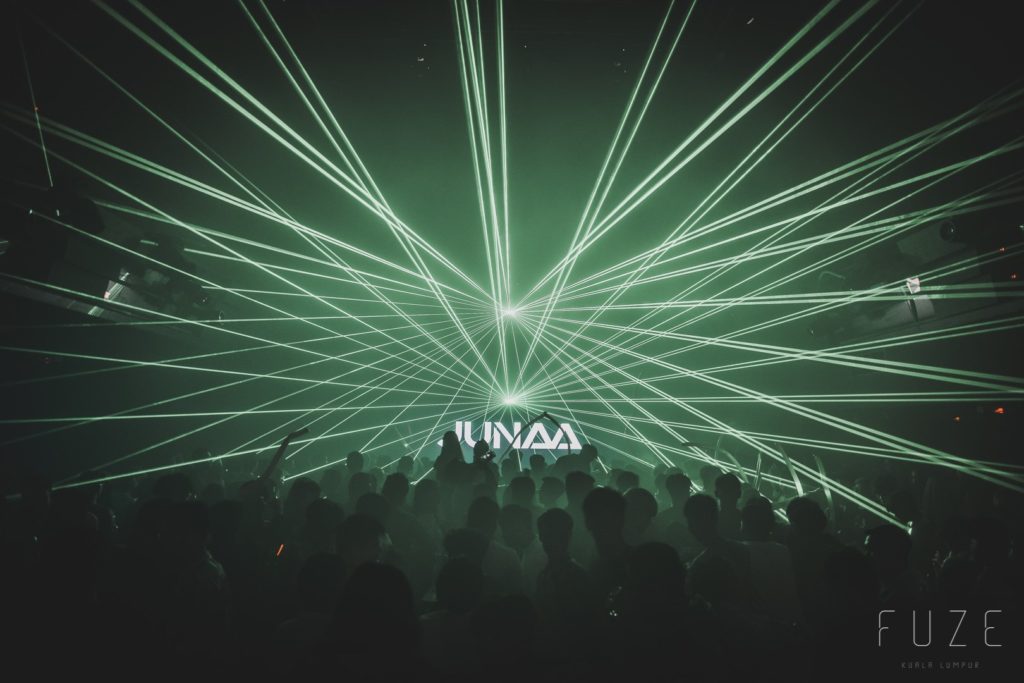 Location-wise, Fuze Club is at an excellent spot in the Golden Triangle. In fact, it’s right behind Pavilion KL. It’s also one of the larger freestanding nightclubs in KL, which means that there is an abundance of space inside. In here, techno and EDM reign free as the music of choice. One of the main attractions of this club is its laser lights, which are mind-blowing. Look out for their themed nights for extra fun. 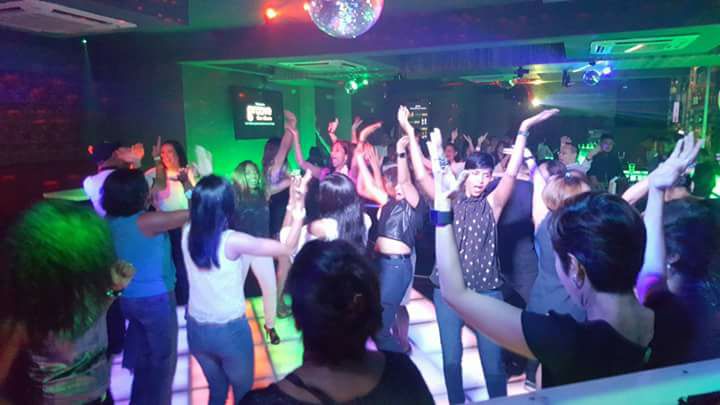 Don’t like EDM? Prefer dancing to the groovy tunes of the 70s and 80s, or 90s R&B music? Then Groove the Disco will be your happy place. This is one of the rare clubs in KL that plays oldies—the 90s were two decades ago—and even looks the part with its disco balls and glowing mosaic floors. 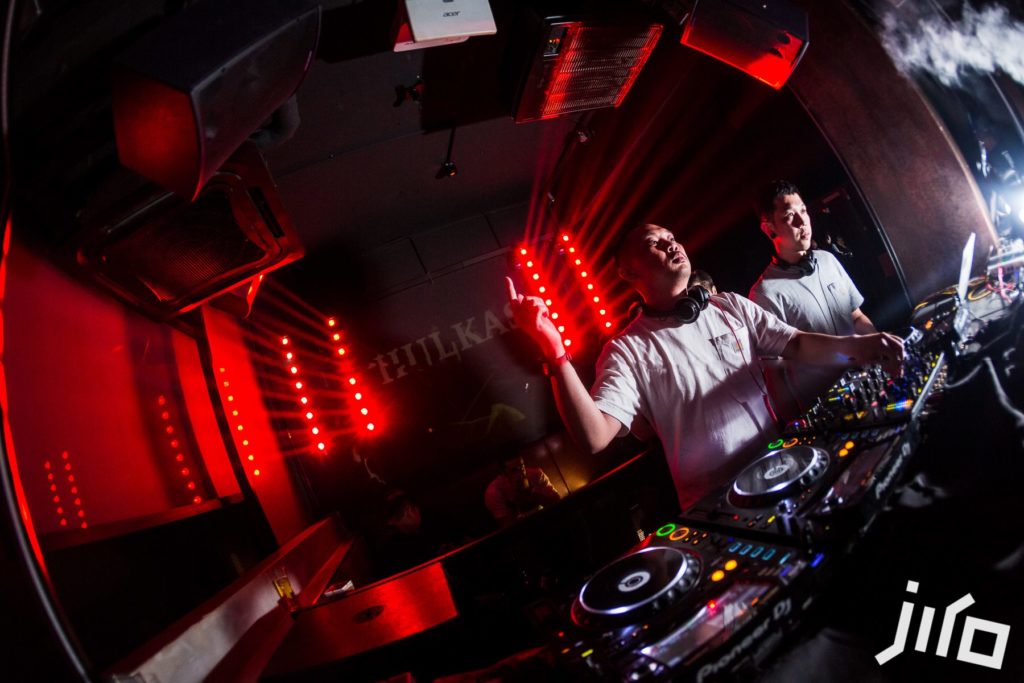 You don’t need the biggest space to have a good time dancing, and Jiro KL is proof of that. Located in Jalan Telawi, Bangsar, Jiro KL is the perfect nightclub to get your fill of underground electronic, R&B, techno, trance, and progressive music. Its DJ lineup is always unique, and the lighting system in the club is one of the best in the city. 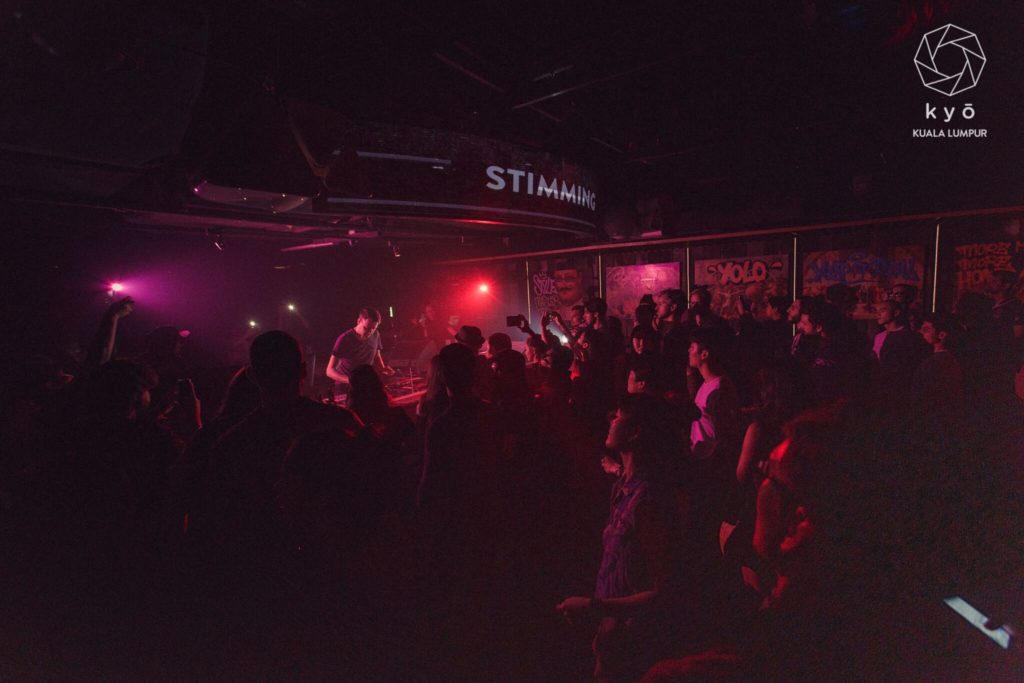 Since its opening in Mandarin Oriental Kuala Lumpur several years back, Club Kyo has been one of the hot spots for clubbing in KL. This classy space bops to the tune of upbeat house, techno, hip-hop, and R&B. The club itself is large, able to accommodate up to 770 people. 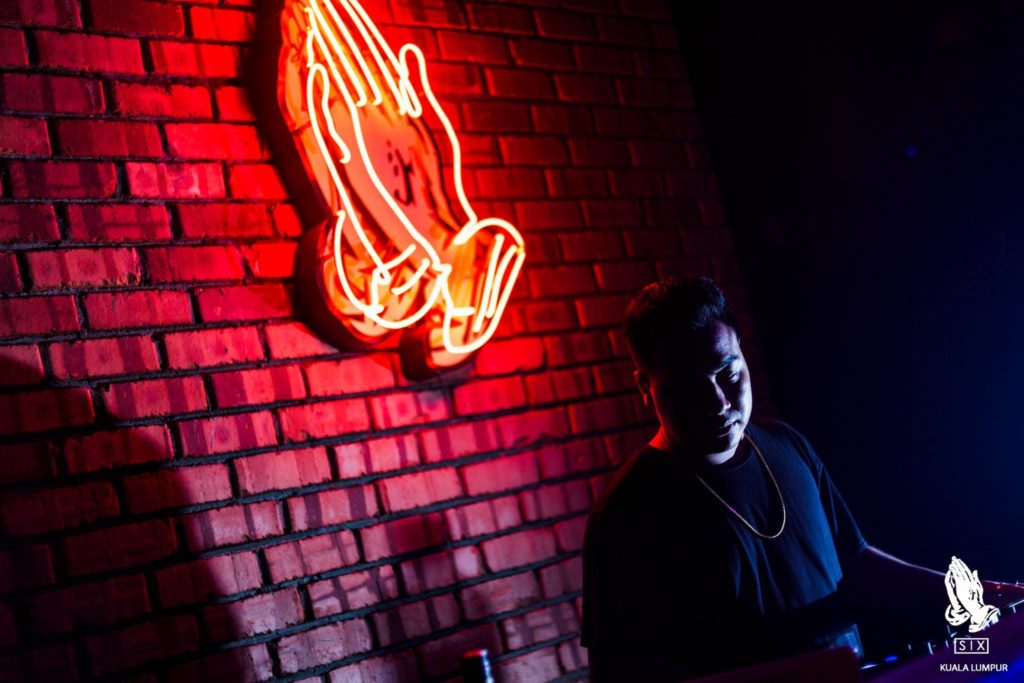 You might recognise the iconic image of the neon prayer hands on your cool friends’ social media feeds when they go partying. SIX, also in Jalan Telawi in Bangsar, is where all the cool kids go dancing to obscure yet fresh tunes, new school hip-hop, and R&B. It’s a cosy space, but we’re all friends here. 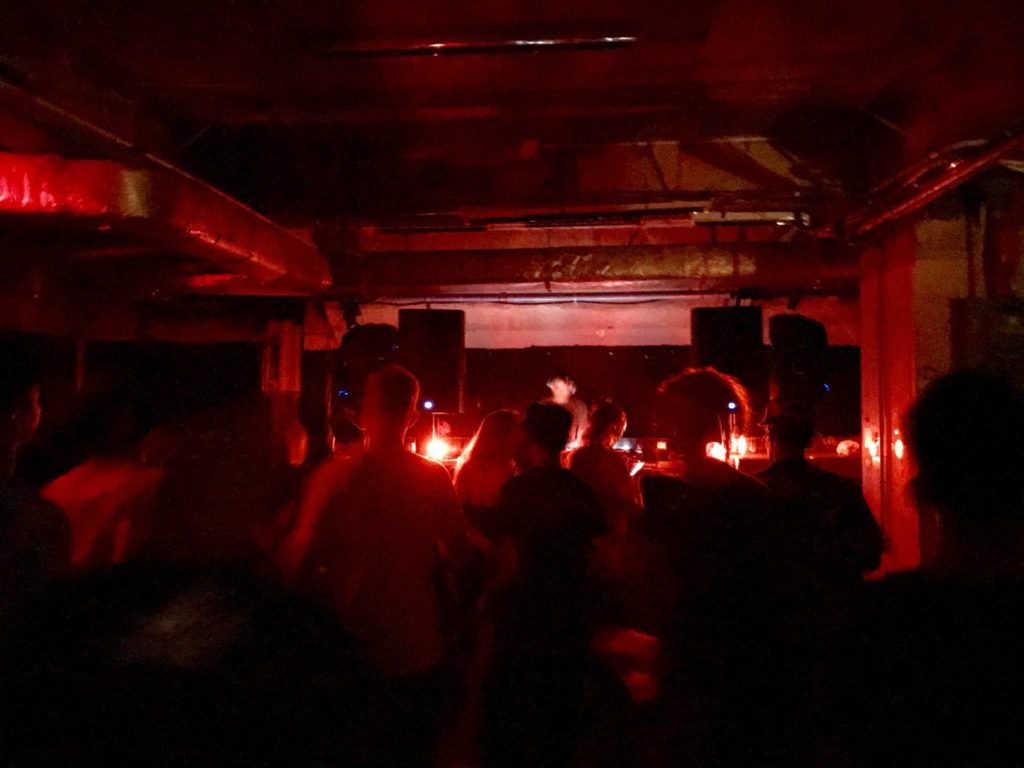 Your first response upon entering Under9 for the very first time would be: “Wow.”

The graffitied space is so elaborate, you wouldn’t be able to take your eyes off it. Otherwise, this underground nightclub is home to some pretty alternative music. Sure, they do play house and techno, but they also spin psychedelic trance, techno, and house tunes in this small space. Also, the cover charge is only RM15 — one of the cheapest in the city. 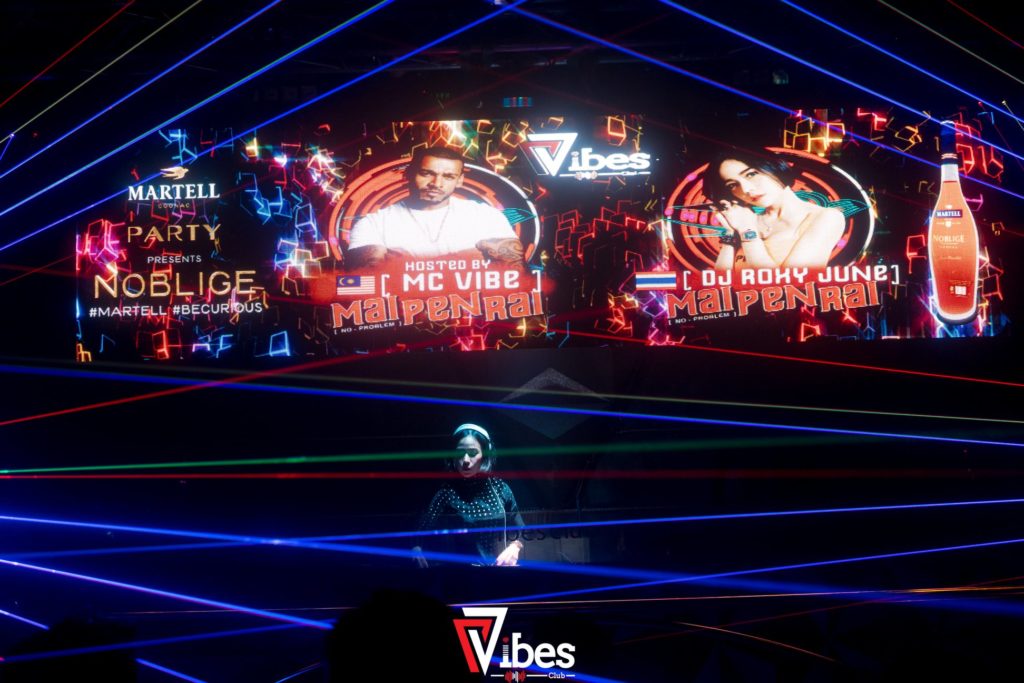 Other than Zouk, TREC KL is also home to several other great nightclubs. One of them is Vibes Club, situated along the main stretch of the nightlife compound. At 3,000 sqft, this club is huge. It also has an updated audio and visual lighting system, making your party night even more lit. Expect locally-based DJs playing hip hop, R&B, and trap. One of the newer, more upscale nightclubs to open in the city is Wicked KL in W Kuala Lumpur hotel. It’s classy and perfect to meet people, with cutting-edge laser lights and a killer sound system. Come here to experience music by both local and international DJs playing a wide range of techno and EDM. 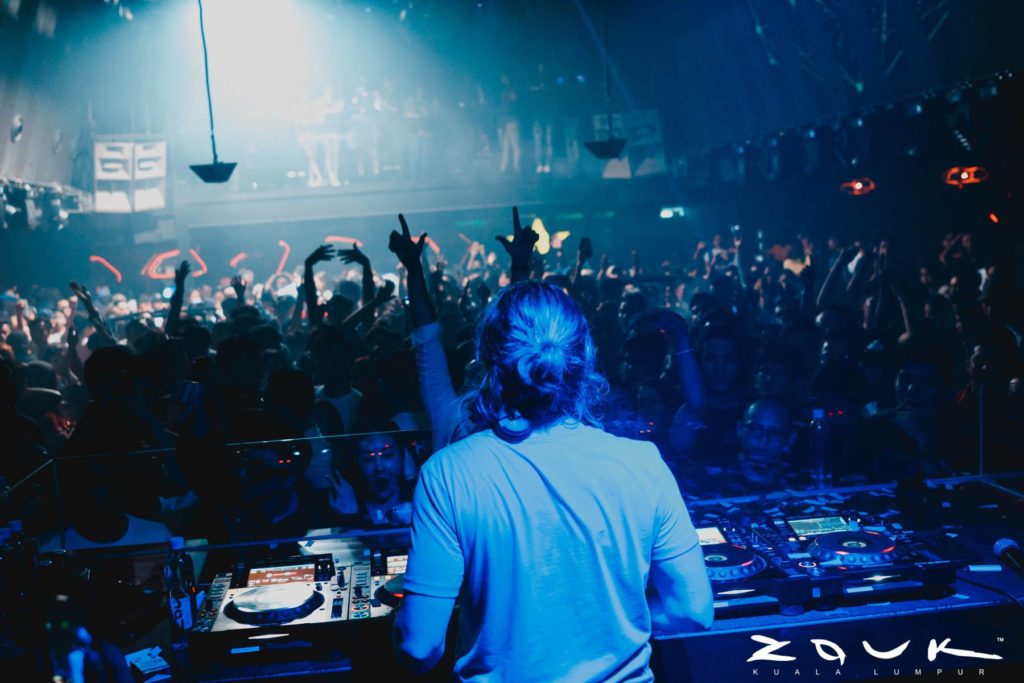 You can’t mention nightclubs in KL without including Zouk KL, one of the originals in KL nightlife. Ever since moving to its new home in TREC KL, Zouk has been flourishing with clubgoers. The best part is that the nightclub has several different rooms catered to different styles and music genres, so you will never go bored while you’re here. 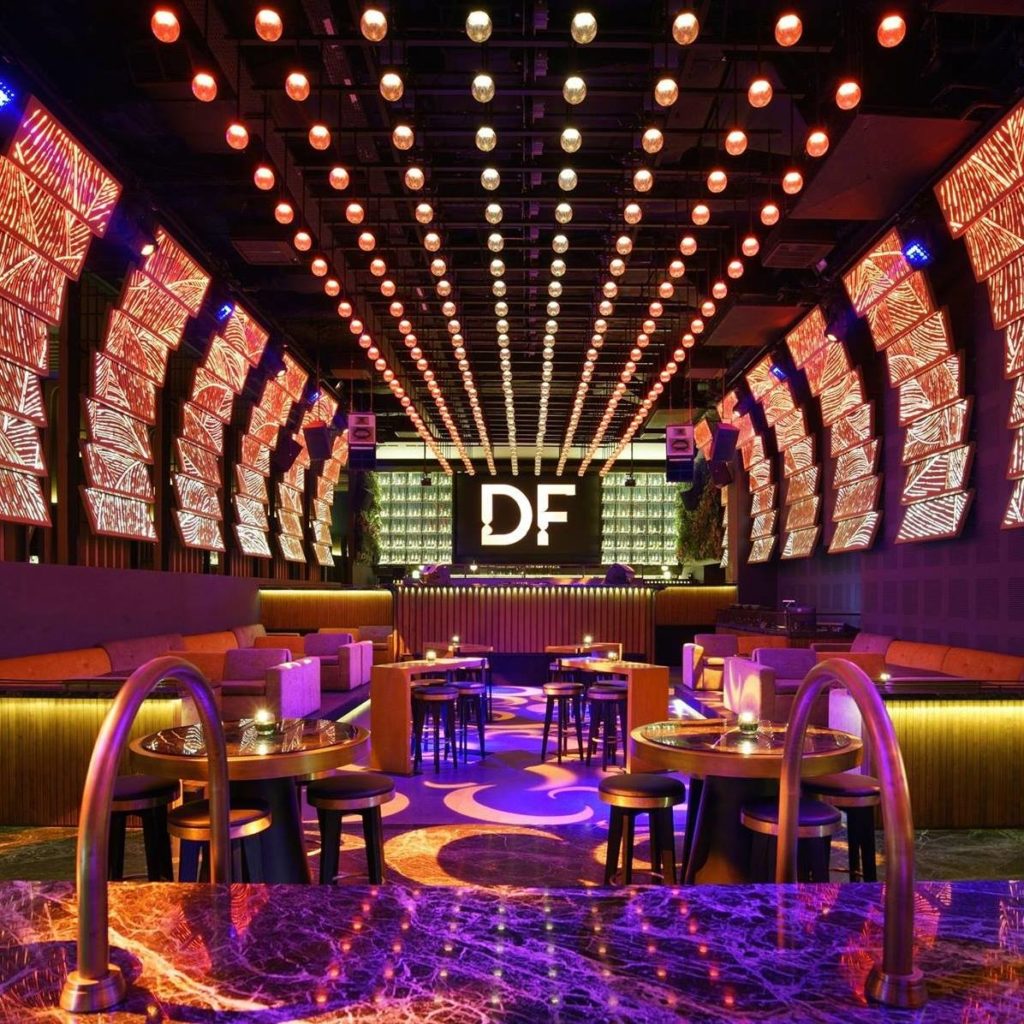 Dragonfly KL is the newest nightclub to hit the city, perched on the 42nd floor of Platinum Park, Kuala Lumpur. If you find the name familiar, it’s the same one that’s extremely well-known in Jakarta. It also has a specially-designed layout to allow clubgoers to dance more freely. Expect Hip Hop, RnB and EDM tunes during your time here.

KL Nightlife nightclubs nightclubs in kl
PohNee Chin
Editor, Kuala Lumpur
Poh Nee is the editor and writes about travel and drinks. When she's not living out her holiday dreams via Google Earth and sipping on an Old Fashioned down at the local bars, you can find her snug at home bingeing on Netflix and mystery fiction.
Travel Drinks

If you loved the Joker, check out these films that Joaquin Phoenix also starred in

Giveaway: Resorts World Genting wants to treat you to dinner and a night with Ronan Keating on Valentine’s day

Where to play VR games in the Klang Valley