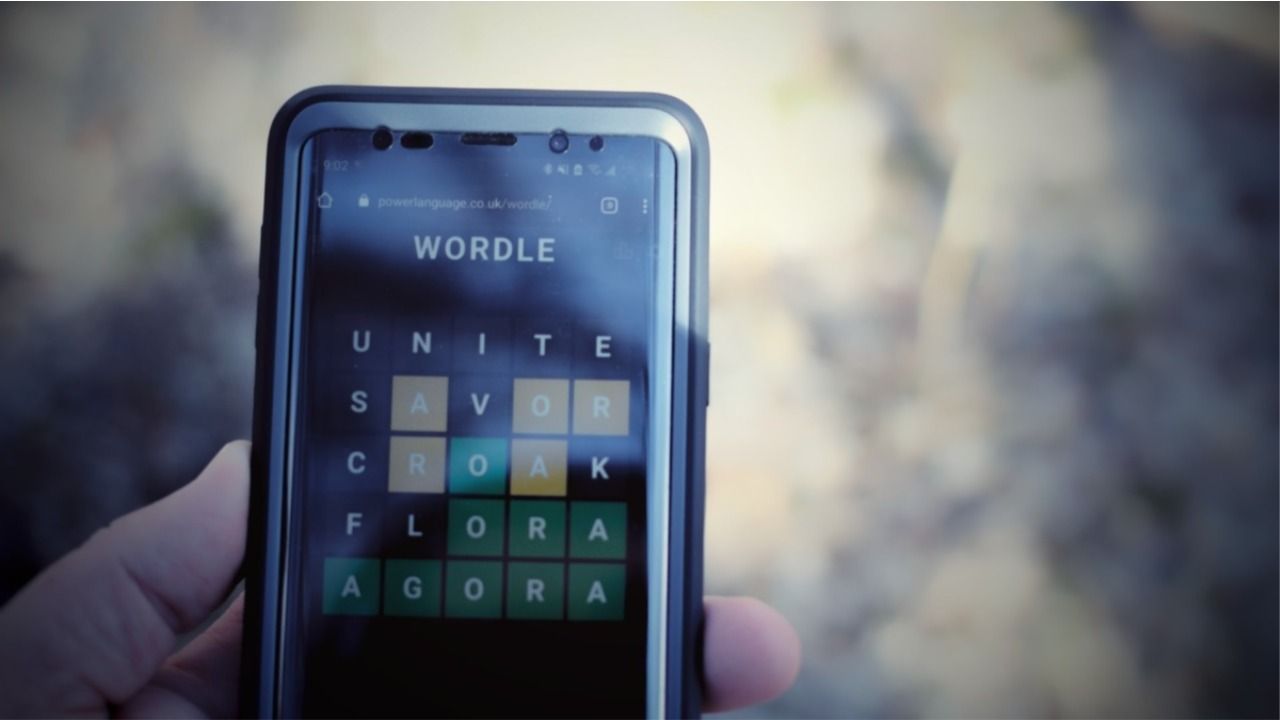 Wordle has become a daily ritual for its fans across the globe. Launched in 2021, the word game soon became a viral trend, and the craze surrounding the puzzle hasn’t slowed down since then.

For the uninitiated, the word puzzle requires the player to guess the correct five-letter word of the day in six tries. Although the first guess is the hardest, a trick to tackle this is to come up with a word comprising the most number of vowels. Next, submit the guessed word by hitting “enter” on the Wordle keypad.

The moment you do this, you’ll notice the colour of the tiles change. While some might turn grey, the other letters might appear on yellow or green tiles. Here, grey depicts that the letter does not appear in the word, while yellow shows the letter you picked is right but is placed on the wrong tile. If the tile turns green, then it means you picked the right letter, and it is on the correct spot. Follow the same process to make more words.

Since there are plenty of five-letter words in the English language to guess from, you will never fall short of guesses. But players must remember the limited number of tries Wordle offers.

Whether you are a beginner who has just caught on to the hype of the game, or a seasoned Wordler adept at getting it right on your first try, these tips might help improve your strategy and gameplay of the word puzzle.

Here are the best tips and tricks for Wordle players

Start with a random word that has vowels

Choosing a common word that has at least three vowels is a good way to start Wordle. For example, words like ‘saute’, ‘adios’, ‘aisle’ and ‘lemur’ have a mix of vowels and consonants and can help you finish the game with fewer guesses.

Moreover, according to the Concise Oxford English Dictionary, some of the most common consonants used in the English language are ‘R,’ ‘T,’ ‘N,’ ‘S’ and ‘L’. Therefore, beginning with a word that has some of these letters as well as vowels can get you to the Wordle of the day faster.

Use different letters for the second word

Eliminating letters that don’t appear in a word (or in grey tiles) is an extremely important tip that you must note if you want to succeed in Wordle.

Guessing the second word using this process increases the chances of finding letters that would turn green or yellow in lesser tries. For the subsequent guesses, the player can piece such information together and use it for the remaining guesses to find the word.

Choose a new word every time

Picking a new word every time you start Wordle is a trick that not a lot of people know about, and it can sometimes give you an upper hand in the game. Starting with a new word every time also adds some fun to the daily word puzzle game. But remember to pick a word with different vowels and consonants each time.

Using the same word as the first word each time

While picking a new word is a trick, starting Wordle with the same word every day is another strategy players have been using. Choosing words with at least two to three vowels along with most common consonants, such as ‘sauce,’ ‘saute’ and ‘dance’, is an efficient way of arriving at the Wordle of the day.

Keep an eye out for repeated letters

Players have to be extra careful about words that include the same two letters such as ‘drool’, ‘never’ or ‘happy’. This can easily catch the player off guard and use up guesses. Remember, just because a letter has been placed on a green tile doesn’t mean it cannot be used again in the word.

Use a pen and paper

When it comes to Wordle, going old school works. Jot down all the information you have on a piece of paper for more clarity. For instance, write down the letter in the green tiles and leave the others empty. This will help you guess the next word more efficiently. It will also aid in moving the letters in the yellow tiles to their next probable places, letting you get closer to the final word without losing a try.

Some people call it cheating, but these are just sidebar Wordle tips that come in handy. Play the word game on two different gadgets.

If you are down to your fifth guess and not even close to the word of the day, it is time to take out another gadget and use the information you have to find the word. In case even this does not work, you can take help from various five-letter word databases, such as Best Word List, which are available online.

Josh Wardle is the brain behind the Wordle, and the software engineer designed it back in 2013.

The first version of the game was quite different from what we see now. There were unlimited guesses, and a player could even go to the next word after getting one right; there was no waiting for turns until the following day.

Years later, Wardle was so inspired by The New York Times’ approach to its game selection that he introduced the concept of one round a day. The publication acquired the game in 2022.

Tech games Wordle Tips and tricks for Wordle How to play wordle
Nishtha Grover
A travel fanatic who loves exploring new dishes and cultures only to later write about them. You will either find her reading, trying new skincare products or sleeping during her spare time. Also, loves rock music and cannot do without it.
Travel Food Entertainment Culture
Sign up for our newsletters to have the latest stories delivered straight to your inbox every week.