Home > Culture > Entertainment > Galadriel picks up the sword in ‘The Lord of the Rings: The Rings of Power’ final trailer 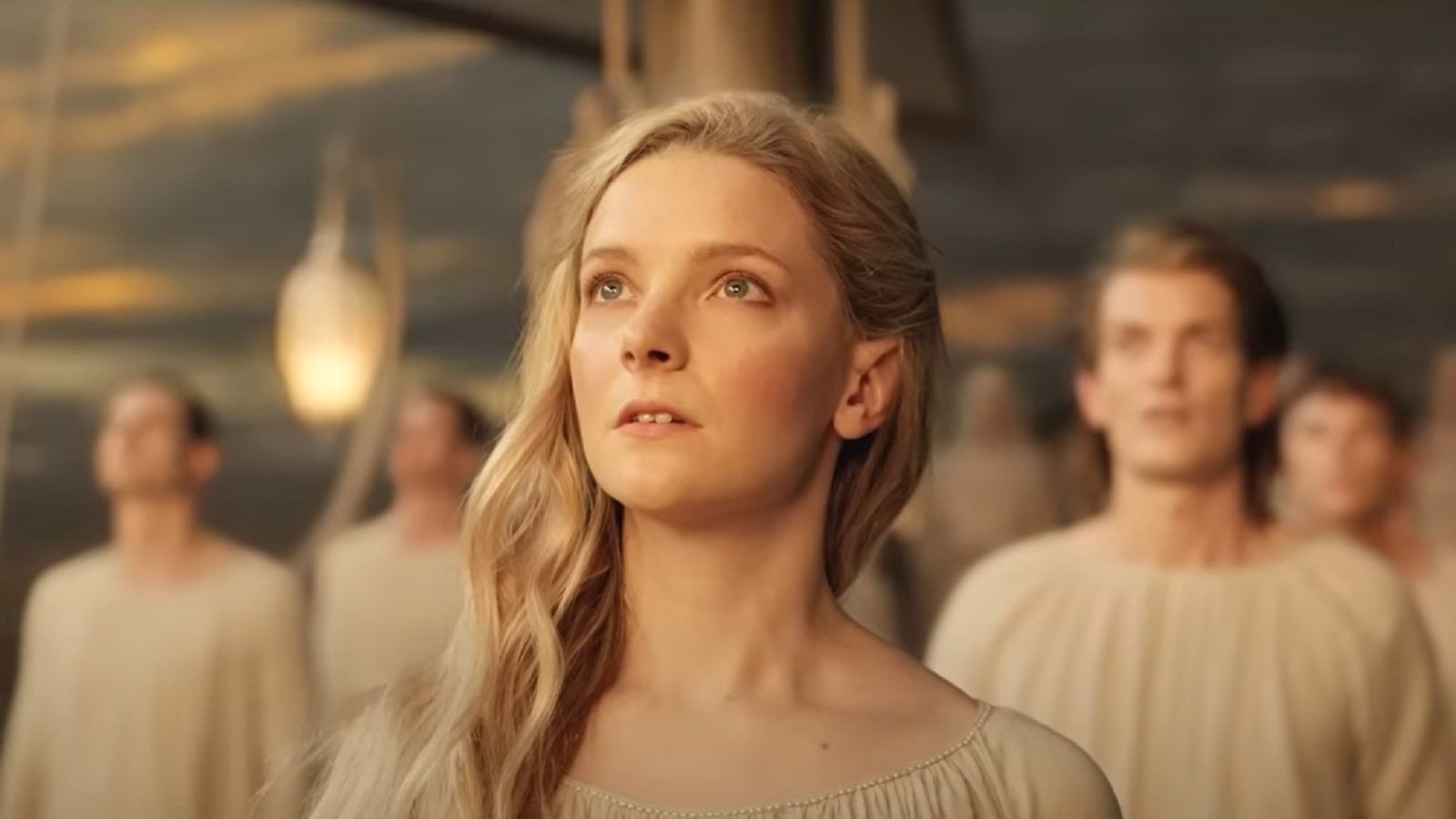 Galadriel picks up the sword in ‘The Lord of the Rings: The Rings of Power’ final trailer

The final trailer of Amazon’s The Lord of the Rings: The Rings of Power released on 23 August, showing not only a brutal war that is coming to Middle-Earth but also giving more details of what the show is expected to reveal about the fantasy world.

Earlier, on 6 July, Amazon had dropped a slightly detailed teaser viewed only by Amazon Prime subscribers. However, the streaming giant also released a much shorter, 15-second clip of the exclusive sneak peek on YouTube.

The Lord of the Rings: The Rings of Power is the first long-format adaptation of Tolkein’s monumental fantasy books.

What we know about The Lord of the Rings: The Rings of Power series

Galadriel picks up the sword

While previous trailers and teasers showed little of what the characters are involved in, the final trailer firmly places Galadriel (Morfydd Clark) as the protagonist.

The young elf is seen exhorting all the inhabitants — elves, humans and dwarves — to come together against a rising evil which would become Sauron. She is determined to face the enemy, who many of her own elven brethren think doesn’t exist.

“Stand with me. Ours was no chance meeting,” Galadriel says, as flashes of other pivotal characters who would possibly side with her are seen.

There are scenes of a rising storm amid the expansive and breathtaking landscape of the Middle-Earth. As Elrond (Robert Aramayo) tells Galadriel that she has been fighting for long and should put up her sword, she responds, “Without it, what am I to be?”

The trailer has little dialogue but does underline that several of the main characters are simply trying to survive.

Fans also get to see detailed glimpses of the elven realms of Lindon and Eregion, the Dwarven land of Khazad-dûm, the Northernmost Wastes, the Southlands, the island kingdom of Númenór and the Sundering Seas.

The first two episodes of the show will be screened in theatres at special fan events across the world on 31 August, according to a Variety report.

Amazon is also set to hold theatrical screenings of the show outside of the US and Canada, in around 200 locations in Australia, Argentina, Colombia, Ireland, New Zealand and the UK.

A comet that struck fear

In the minute-long teaser that Amazon had released earlier, a comet is seen racing across the sky as the inhabitants of Middle-Earth look up in wonder and amazement.

While Sadoc Burrows (Lenny Henry) says, “The skies are strange,” ominously, High King Gil-galad (Benjamin Walker), among many others, witnesses the celestial phenomenon.

Elrond (Robert Aramayo), Arondir (Ismael Cruz Córdova), Prince Durin IV (Owain Arthur) and Bronwyn (Nazanin Boniadi) are among the other prominent characters who are watching the comet as well until the ball of fire strikes Middle Earth with a boom.

Amazon Prime first unveiled the official teaser and title of the new series in January 2022.

That teaser showed canyons filled with mist, followed by a molten lava-like substance being cast in metal to reveal the letters of The Lord of the Rings: The Rings of Power.

Meanwhile, in the background, a woman’s voice is heard saying, “Three rings for the Elven kings under the sky. Seven for the dwarf lords in their halls of stone. Nine for mortal men, doomed to die. One for the dark lord on his dark throne in the land of Mordor where the shadows lie.”

The multi-season drama is produced by Amazon Studios in cooperation with the Tolkien Estate and Trust, HarperCollins and New Line Cinema, a division of Warner Bros. Entertainment.

It is said to be the most expensive TV series ever produced, with USD 1 billion spent in total production.

Since The Rings of Power is set in the Second Age of Middle-earth, fan-favourite characters such as Bilbo Baggins, Samwise Gamgee, Legolas and Gandalf are unlikely to appear in the series.

Producers J.D. Payne and Patrick McKay were quoted by Deadline as saying: “This is a title that we imagine could live on the spine of a book next to J.R.R. Tolkien’s other classics.”

“The Rings of Power unites all the major stories of Middle-earth’s Second Age: the forging of the rings, the rise of the Dark Lord Sauron, the epic tale of Númenor, and the Last Alliance of Elves and Men. Until now, audiences have only seen on-screen the story of the One Ring – but before there was one, there were many… and we’re excited to share the epic story of them all,” they said.

Aramayo’s character Elrond is the series lead. Aramayo is a recognisable face as he essayed the role of young Ned Stark in the TV series Game of Thrones (2011–2019).

The Lord of the Rings: The Rings of Power has been shot in New Zealand. Its eight-episode first season will begin streaming on Amazon Prime Video on 2 September 2022. The episodes will be aired weekly.