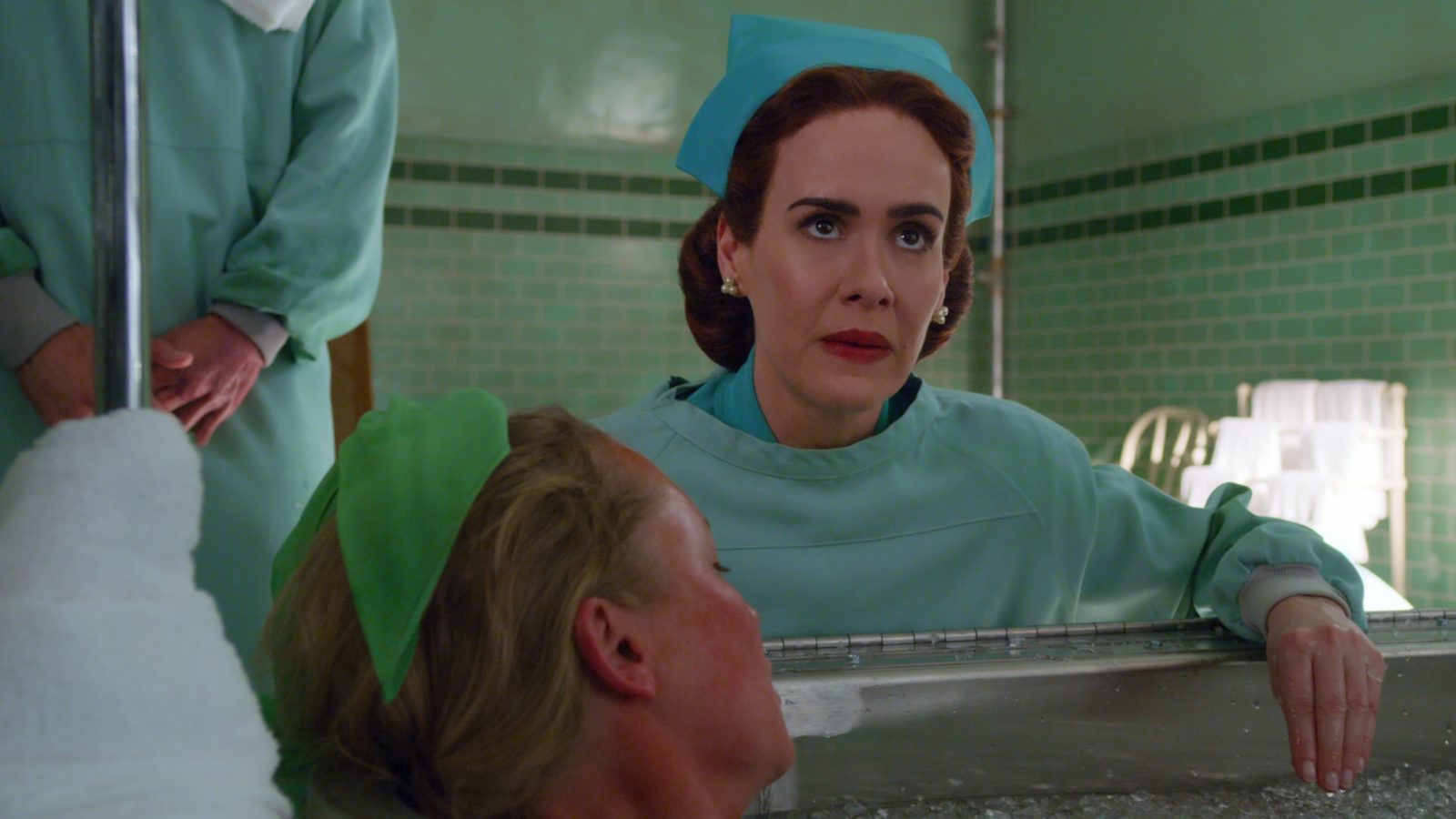 Culture
What’s streaming in September: Ratched, Raised by Wolves, and more
Share this article
Next article

From metaphysical thrillers like ‘I’m Thinking of Ending Things’ to action-packed sci-fi series like ‘Raised by Wolves,’ here are all the titles that we can’t wait to stream in September.

‘The Devil All The Time’

Based on the 2011 book of the same name by Donald Ray Pollock, ‘The Devil All the Time’ is a Southern Gothic based on the small fictional town of Knockemstiff, Ohio. Set between World War II and the Vietnam War, the story unravels as the small town’s sinister inhabitants reveal their darker secrets. Narrated by Pollock himself, the grisly film features an ensemble cast, featuring Bill Skarsgård as a fanatically religious war veteran; Tom Holland as his son; and Robert Pattinson as a passionate pastor who leads an unsavoury life behind closed doors.

Written and directed by Charles Kaufman (‘Being John Malkovich,’ ‘Eternal Sunshine of the Spotless Mind’), the set up and official synopsis of ‘I’m Thinking of Ending Things’ may seem feel simple enough — a woman doesn’t really want to continue a relationship — but, being a Kaufman film, it quickly weaves in metaphysical elements, with visions from the past and future as the protagonist continues to grapple her relationship with her boyfriend and her own self during a visit to meet his parents. Fans of Kaufman’s films will know it’s one worth streaming.

Looking for something more action-packed? Turn to this star-studded mystery starring Millie Bobbie Brown as Enola Holmes — the younger sister of Sherlock Holmes (played by Henry Cavill). After her mother (Helena Bonham Carter) goes missing, she is taken in by her older brothers. Still determined to uncover the truth of her mother’s disappearance, she runs away but ends up getting entangled in what appears to be an assassination plot to kill a young lord (Louis Partridge). Through the course of the film, she realises there may be more to her mother’s disappearance than what meets the eye.

If you’re looking for a surrealist thrill, South Korean psychological thriller ‘Strangers from Hell’ might be right up your alley. Based on the original manwha ‘Hell is Other People,’ that was in turn inspired by Sartre’s play ‘Huis Clos’ (No Exit) where three characters are trapped in hell, the film centres on protagonist Yoon Jong-woo, who moves into a co-living space in Seoul, where residents share a kitchen and a bathroom. With a possible homicide in the background, Yoon slowly becomes increasingly paranoid about the other residents, who display all kinds of eerie behaviour.

Based on the character of Nurse Mildred Ratched in ‘One Flew Over the Cuckoo’s Nest’, ‘Ratched’ maps the origin story of one of the most hated cinematic antagonists from the 1970s. Sarah Paulson plays the titular nurse, alongside an ensemble cast that includes Cynthia Nixon and Sharon Stone, the series follows Ratched as she begins working at a psychiatric hospital in 1947. According to initial teasers, the show will focus on how ‘true monsters are made, not born’, hinting at how there may be a pivotal moment that transforms her into the persona we know today. This will no doubt be a show that will highlight moral conundrums in psychiatry — in an age when the lobotomy and other questionable procedures were still being practised.

‘Away’ stars Academy Award winner Hilary Swank as Emma Green, an American astronaut who leads a group of astronauts for the first manned mission to Mars. They must leave their family and loved ones behind for three years as they head to the Red Planet and back. The Netflix film joins several notable space dramas of recent years such as ‘Interstellar’, ‘Proxima’ and ‘Ad Astra’ — exploring that struggle for human connection while in space and addressing how loneliness is seemingly inevitable as a result of fulfilling lifelong ambition.

‘Blinded By the Light’

Based on ‘Greetings from Bury Park’ by Sarfraz Manzoor, ‘Blinded by the Light’ follows Javed (Viveik Kalra), a British Muslim boy as he struggles to connect with his Pakistani heritage in 1980s England — amid a flurry of racial tensions. But when a classmate introduces him to the music of Bruce Springsteen, Javed finds himself drawn to the singer’s messages for working class Americans. Directed by Gurinder Chadha (‘Bend it like Beckham’) with a feisty Springsteen soundtrack, the film shines a light on the universality of music and how, regardless of geography, the human experience remains largely the same.

An HBO Max original, ‘Raised by Wolves’ is a sci-fi thriller that subverts the concept of motherhood. As Earth becomes a battleground for religion-fueled violence, two androids are tasked with taking human embryos to another planet to set up a human colony. The androids, known to the children as Mother (Amanda Collin) and Father (Abubakar Salim), raise their pseudo offspring as pacifists and as atheists to avoid a repeat of history. But when a ship carrying humans arrives on their planet, darker parts of their history in the war on Earth are revealed.

One of the lighter selections on this list this month, ‘Eaten by Lions’ is feature-length film based on director Jason Wingard’s award-winning short film ‘Going to Mecca.’ It follows two half-brothers, Omar (Antonio Aakeel) and Pete (Jack Caroll), as they travel through England, looking for Omar’s estranged biological father — introducing us to a cast of colourful characters in multicultural England and keeping us guessing till the end.

‘All In: The Fight for Democracy’

The latest Amazon original film, ‘All In: The Fight for Democracy’ is a documentary that follows former Minority Leader of the Georgia House of Representatives, Stacey Abrams. In 2018, Abrams lost her bid for the Georgia governorship to Republican Brian Kemp. Although she acknowledged that Kemp won, she refused to concede after the election, instead saying that voter suppression tactics made the race unfair.

The film will look at gerrymandering and voter suppression tactics in the United States — just two months away before one of the country’s most historic elections. The film is an effort to not just highlight the flaws in the American voter system but also educate the public on what they can do to make sure their vote counts.

Chris Evans and Michelle Dockery are the two leads of ‘Defending Jacob.’ Evans is Andy Barber, an assistant district attorney who gets assigned a case where a 14-year-old boy has been murdered. The prime suspect? His son, Jacob, who maintains his innocence. With the family becoming social pariahs in their town, Andy is conflicted with wanting to protect his son and his belief in due process. Inspired by real life cases, it’s been said to be an emotional rollercoaster that keeps you hooked till the end.

Lifestyle Asia
Here's where you can read the latest news and stories from Lifestyle Asia, curated from all of our editions in Hong Kong, Singapore, Kuala Lumpur, Bangkok, India and Paris.
Luxury