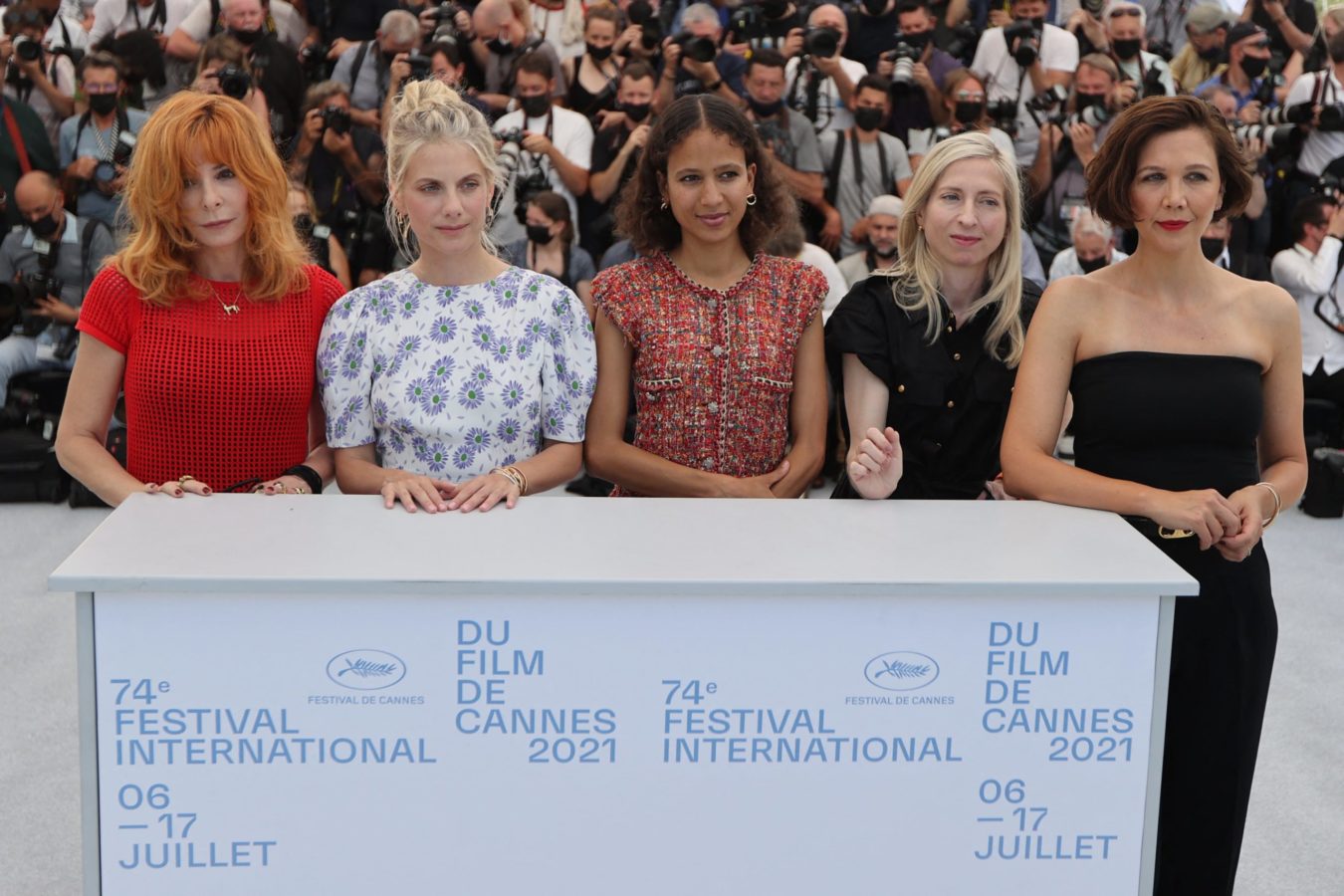 A moment to remember.

This year’s Cannes Film Festival jury includes a majority of women in its panel that will select the best of the best films from around the world. These women are French actress Mélanie Laurent, American actress Maggie Gyllenhaal, Austrian director Jessica Hausner, French actress and director Mati Diop and French singer-songwriter Mylène Farmer. Spike Lee will serve as the President of the Jury — the first Black person to hold the position. The other three jury members are Brazilian director Mendonça Filho, French actor Tahar Rahim, South Korean acting great Song Kang-Ho and American director Spike Lee.

Here is a quick look at the five women jury members who are making waves at Cannes this year.

Daughter of a ballet teacher and a voice actor, Mélanie Laurent made her cinematic debut with The Bridge (1999) in which she played a small but interesting role. Following a variety of minor roles in multiple films, Laurent had her breakthrough with Don’t Worry, I’m Fine (2006), where she essayed the role of Lili, who goes on a search of her twin brother with a belief that he left home following an argument with their father. Her performance in the film was praised by critics and Laurent won her first César Award (for Most Promising Actress).

Following the successes of Hidden Love (2007), Room of Death (2007) and Paris (2008), Laurent was cast as Shosanna Dreyfus in Quentin Tarantino’s iconic film Inglourious Basterds (2009). The film marked her Hollywood debut and her critically-acclaimed performance in it turned Laurent into an international star. Her other notable acting credits include Beginners (2010), Now You See Me (2013), Enemy (2013), Boomerang (2015), Operation Finale (2018) and 6 Underground (2019).

While she is a jury member this year, Laurent was the host of the 64th Cannes Film Festival in 2011.

The American actress made her acting debut in Waterland (1992), a film directed by her father Stephen Gyllenhaal. She played supporting roles in some of her father’s films through the mid-1990s, before earning a degree in literature from Columbia University in 1999. Two years later, Maggie Gyllenhaal starred in the cult classic Donnie Darko (2001), alongside her brother Jake Gyllenhaal. But it was the 2002 film Secretary that marked her breakthrough and earned her a Golden Globe nomination for Best Performance by an Actress in a Motion Picture — Comedy or Musical.

Gyllenhaal then followed up the success of Secretary with major roles in films such as 40 Days and 40 Nights (2002), Confessions of a Dangerous Mind (2002) and Mona Lisa Smile (2003). In 2006, she won a second Golden Globe nomination for Best Actress for Sherrybaby. Two years later, she starred in one of the biggest global blockbusters — The Dark Knight, in which she replaced Katie Holmes in the role of Rachel Dawes. Her performance in Crazy Heart (2009) earned Gyllenhaal an Academy Award nomination for Best Performance by an Actress in a Supporting Role.

The Austrian director was inspired by the films she watched at independent cinemas in her home city Vienna, which led her to enrol at the Film Academy Vienna. She entered the world of cinema as a writer for the short film Kilometer 123,5 (1994). Subsequently, she made her directorial debut with the film Flora in 1995. Her third film, Lovely Rita (2001), brought Hausner global acclaim. The film, which is about an outcast teen girl whose decision impacts the lives of those around her, was screened in the Un Certain Regard section at Cannes the same year.

Hausner continued garnering acclaim with films such as Hotel (2004) and Toast (2006) on her way to directing the Lourdes (2009) — her most critically acclaimed work to date. The film, which won four honours at the Venice Film Festival in 2009, cemented her reputation as one of the greatest filmmakers in Europe. Among Hausner’s other films are Amour Fou (2014) and Little Joe (2019), the latter being nominated for Palme d’Or at Cannes.

In 2019, Diop became the first Black female contender for Palme d’Or when she was nominated for her film Atlantics. It eventually won the Grand Prix at the festival. Interestingly, the film also marked her feature film directorial debut.

Diop is recognised both as an accomplished director and actress. She made her acting debut with 35 Shots of Rum (2008) and subsequently appeared in notable films such as Simon Killer (2012) and Fort Buchanan (2014).

The French singer-songwriter is one of the most successful artists of France, having delivered numerous chart-topping hit singles. She made her debut in 1984 with the single Maman a tort.  Two years later, she scored her first Top Ten hit with Libertine and had her full-length album debut with  Cendres de Lune. Following the tremendous successes of Ainsi Soit Je… (1988) and  L’Autre… (1991), her second and third studio albums, respectively, Farmer began experimenting with various musical styles. Anamorphosee (1995) and Point de Suture (2008) are some examples of these new styles.

Her eighth album, Bleu Noir (2010), topped the French charts for three consecutive weeks. Her 2015 album Interstellaires included the song Stolen Car, which she sang along with Sting. Désobéissance is her most recent studio album, having been released in 2018.