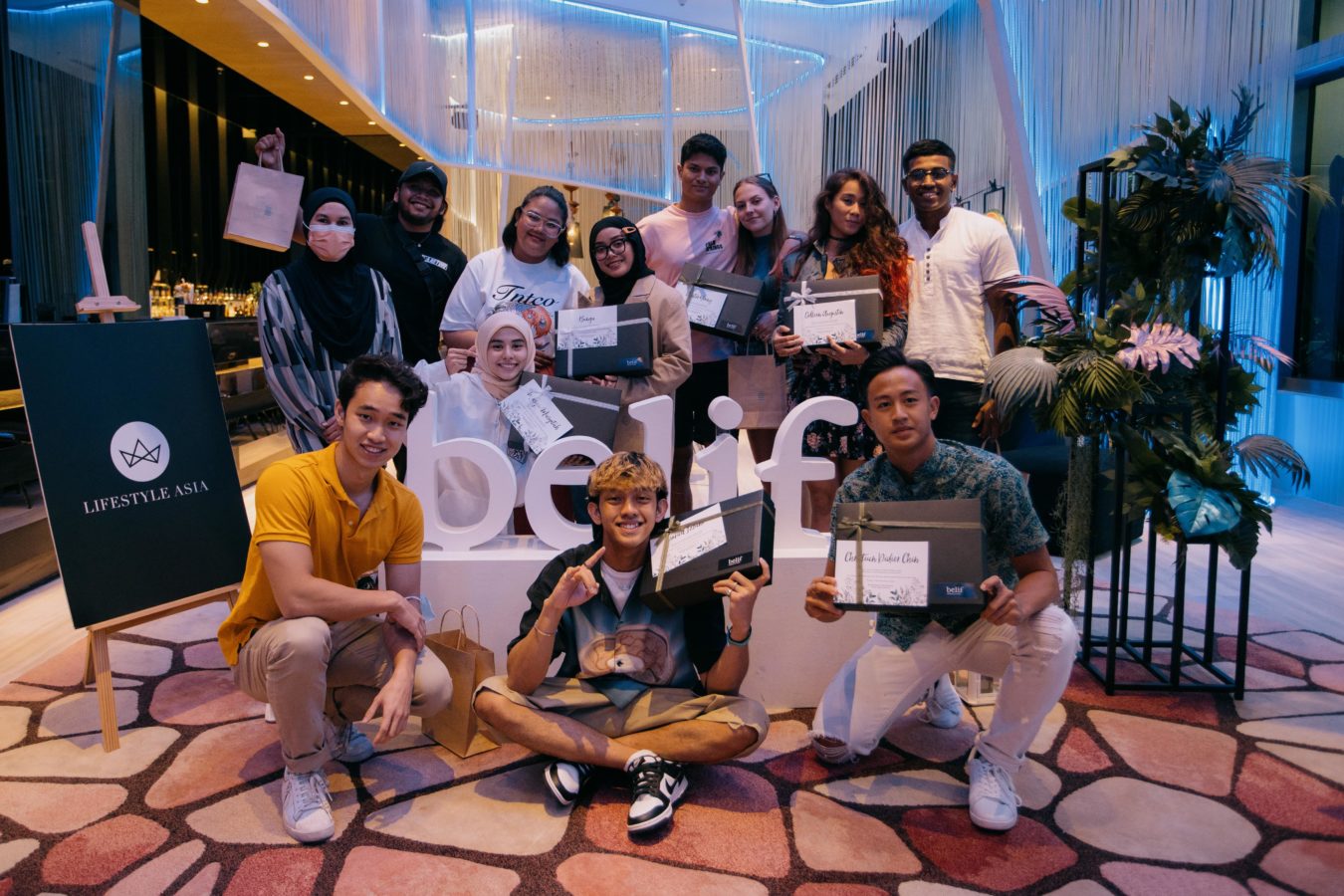 In an effort to bring out the creative flair of the Z List, belif Malaysia hosted a workshop where the Gen Z-ers and their guests discovered the meaning of ‘True Cream, True Hero’.

As part of The Z List Award ceremony on Monday, The Z List attended a special flower workshop in partneship with belif Malaysia. The young guns in attendance include vegan MMA fighter Colleen Augustin, rapper Bunga; singer and entrepreneur Masya Masyitah; racing driver Alister Yoong; national tennis player Christian Didier Chin; as well as singer and actor Ismail Izzani. During the workshop, the attendees were tasked to design a mini flower terrarium in a bell jar, featuring the belif best-selling The True Cream – Aqua Bomb and accompanied by a medley of preserved and dried flowers, and mini action-hero figurines.

The workshop served as a great introduction to a range of skincare from belif Malaysia to the attendees, including The True Cream – Aqua Bomb, which is what they had to work with hands-on during the flower workshop. In the process, the Gen-Zers learned about the benefits of The True Cream – Aqua Bomb, and how important it is to start thinking about skincare even as young as 18 years old.

Just like its name, The True Cream – Aqua Bomb is truly ‘the bomb’ when it comes to doing its job — it ‘bursts’ and refreshes the skin while providing it with rich hydration. Ideal for those with oily to combination skin types, this ultra-lightweight gel cream floods the skin with a gush of hydration, minimising the appearance of pores so your skin will feel nothing but soft, smooth and supple. Its antioxidant formula also increases the skin’s moisture level by 70% while also preventing skin damage.

As soon as the attendees got themselves seated, they were immediately presented with The True Cream – Aqua Bomb, a glass-fronted globe with a wooden base, a hot glue gun and a pair of scissors that they would use to trim the flowers. Then over the course of the next hour, the Z List honourees and their guests got to flex their creative juices.

It was an amusing albeit chaotic hour as half of Gen-Zers studiously trimmed each and every petal from the preserved flowers, while the other half utilised their own creativity and began placing the flowers every which way on the wooden base.

The True Cream – Aqua Bomb acted as the centrepiece of the bell jar, with the preserved flowers adorned around it according to the attendees’ creativity. There was also an assortment of superhero figurines that they were provided with to be included inside the globe (or even outside, if they wanted to think ‘outside’ of the box!).

When asked about the inspiration behind their various designs, many admitted they started the workshop with the aim of creating something simple before inspiration took over and they added more and more flowers — or in a few cases, more superhero figurines — so that their designs became elaborate. After the hour was over, the three ‘best’ designs were crowned, and they claimed the winning title: Alister Yoong, Masya Masyitah and Raja Intan Sofia, a guest of Bunga.

“Mine’s the best one,” Alister commented about his masterpiece, which included a multitude of superhero figurines seated among the flowers. “There are four superheroes at the front, and the body parts of the people that they have fought. And here’s the belif’s True Cream – Aqua Bomb that the heroes are standing around, because it is what’s powering them.”

As the workshop came to a close, the attendees received a special kit from belif that included a range of skincare, such as the belif Manology series as well as the belif Youth Creator Age Knockdown series.