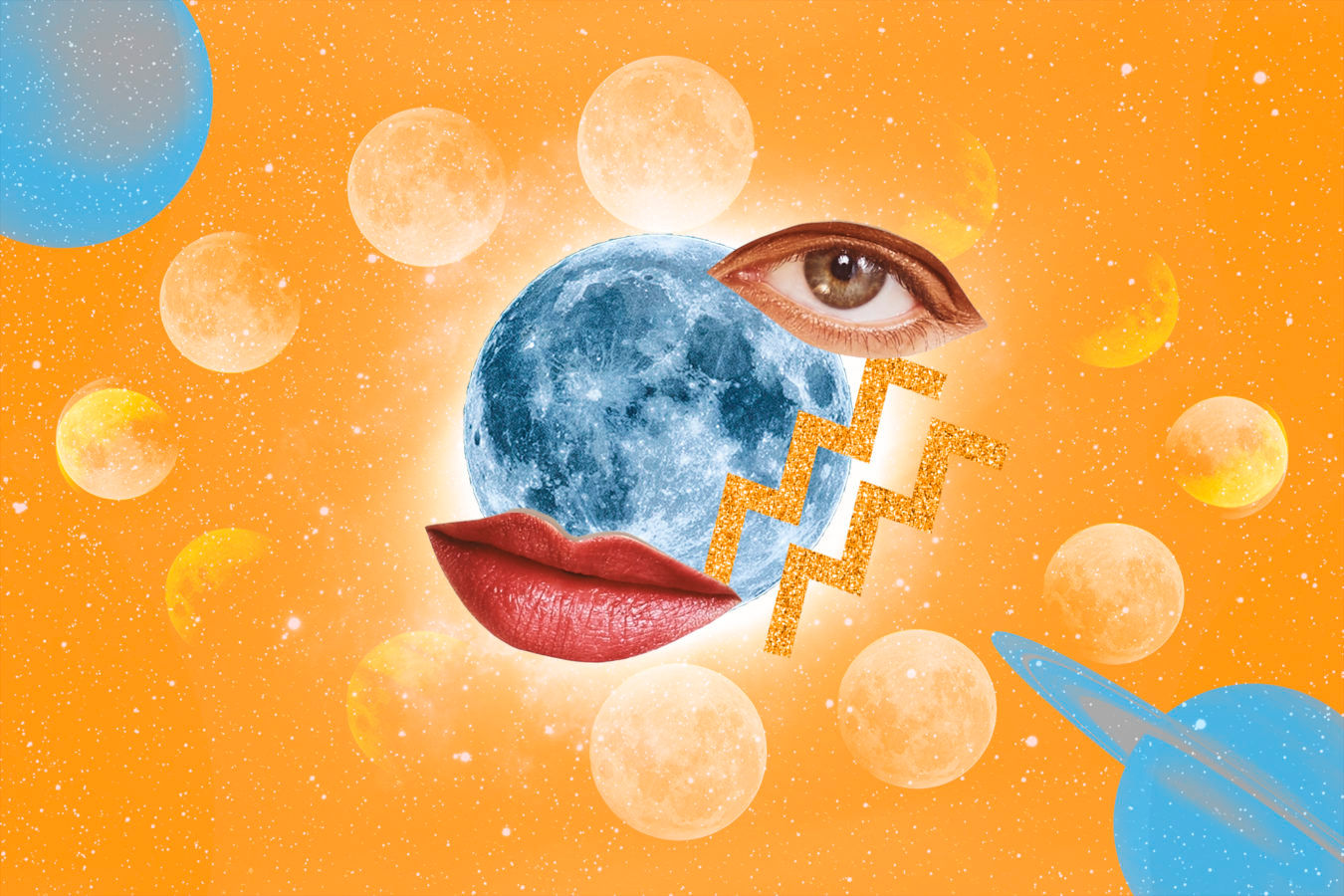 If Mercury retrograde has been zapping your energy and making it seemingly impossible to get ahead since January 14, you’ll be thrilled to learn that February brings a whole new vibe. And you’re sure to feel it right off the bat when the first of the month serves up a new moon in fixed air sign Aquarius.

Here are all the details and how you can best navigate February 2022’s Aquarius new moon.

Living
How to brace yourself for the first Mercury retrograde of 2022
Living
Venus Retrograde: What it means for your love life, beauty and finances

A few new moon basics: As the astrological “counterpoint” to full moons, new moons happen when the moon is not illuminated by the sun from our perspective on Earth. Hosted by a deep, dark, blank-slate sky, you might imagine that the new moon is offering up a vision board on which you can scribble your intentions.

As the start of a whole new lunar cycle, new moons traditionally present a chance to get clear on big-picture dreams, goals, and projects. And in order to lock them in, you can practice a ritual like opening up to a therapist or loved one, journaling, or lighting a candle. Think of it as your monthly — and very rarely, twice monthly — astrological nudge to pinpoint something you want to accomplish, then design your ultimate action plan for getting there. Because this new moon is occurring right on the edge of the month, technically, this was the second new moon in January for people behind the Eastern time zone.

And it’ll also serve as the first page of a whole new chapter in your life that will come to a culmination point when there’s a corresponding full moon in the same sign — in this case, on August 11 when there’s a full moon in Aquarius. Pro-tip: Write down what you’ve been reflecting on around the new moon, and then circle back six months down the road when the corresponding full moon is happening. You can note how far you’ve come and quite possibly notice that you’ve hit a culmination point.

Fixed air sign Aquarius, symbolised by the Water Bearer, is ruled by Uranus, the planet of revolution and change, and rules the eleventh house of networking, groups, and wishes. People with strong Aquarius placements — meaning, your big three (sun, moon, and rising sign) — are generally progressive, future-minded, humanitarian, social, and especially adept at platonic relationships, eccentric, free-spirited, and contrarian. Preferring to march to the beat of their own drum and strike out against convention at every turn, you’ll see a typically open-minded Water Bearer dole out plenty of “nos” when they get into their signature black-and-white way of thinking about something.

So, in general, Aquarius new moons are about collaborating with others, looking down the road at what you want to achieve, and connecting with friends and loved ones. With two retrogrades (Mercury and Venus) affecting our social and romantic lives recently, this new moon could set the stage for reconnecting with people you haven’t seen in a minute — for the greater purpose of beginning a new chapter with them or reevaluating how you’re showing up in your platonic and collegial relationships.

Restriction-loathing Uranus is also a key player during this new moon. Not only does the planet rule the event itself, since it’s the ruler of Aquarius, but it will also form a tense (albeit activating) square to the new moon. This aspect could stir up nervous, anxious, and also innovation-inspiring energy. You’ll want to rebel against the status quo and break free of anything that feels restrictive or conventional.

But speaking of restriction, the most powerful connection the moon will make is to taskmaster Saturn, the planet of limitations, boundaries, but also commitment and diligence. The Aquarius new moon will sit almost exactly conjunct to Saturn, making this a moment in which you’ll be motivated to put your nose to the grindstone and begin ambitious projects. But it could be more about feeling pressured to do so, because whatever you need to get to work on is intertwined with your responsibilities. Uranus’ pull to act independently could add to the struggle as well.

With Mercury still retrograde at the time of the new moon — and about to turn direct just a couple days later on Thursday, February 3 — it’s possible that diving full-throttle into an ambitious game plan could be delayed a bit anyway. But with several planets still in industrious Capricorn — Mercury, Mars, Venus — your drive to get down to whatever business is spotlit now will win out sooner versus later.

Who the Aquarius New Moon Will Affect the Most

If you were born under the sign of the Water Bearer — approximately January 20 to February 18 — or with your personal planets (the sun, moon, Mercury, Venus, or Mars) in Aquarius (something you can learn from your natal chart), you’ll feel this new moon more than most. More specifically, if you have a personal planet that falls within five degrees of the new moon (12 degrees Aquarius), you could feel extra driven and focused on taking advantage of its go-getter vibe.

Similarly, if you were born in a fellow fixed sign — Leo (fixed fire), Scorpio (fixed water), Taurus (fixed earth) — you could feel the intensity of this new moon, urging you to kick off a new chapter with determination and purpose. Leos, it hits your seventh house of partnership; Scorpios, your fourth house of home life; and Taurus, your tenth house of career.

New moons are generally about self-reflection, getting clear on your hopes and dreams, and strengthening the belief in yourself in order to pave a promising path forward. This month’s new moon, being in community-oriented Aquarius and pairing up with restrained Saturn, challenges you to reflect on which group efforts and platonic bonds are worthy of your energy, to fulfil your commitments, and consider where in your life you need to break free.

Aquarius might be an intellectual, social air sign, but as a fixed sign, the Water Bearer zeros in on a strategy and sees it through. That said, this lunar moment could pave the way to putting in the work that will make long-term wishes an everyday reality.

Astrology New moon 2022 horoscope Aquarius
Maressa Brown
Astrology
Sign up for our newsletters to have the latest stories delivered straight to your inbox every week.