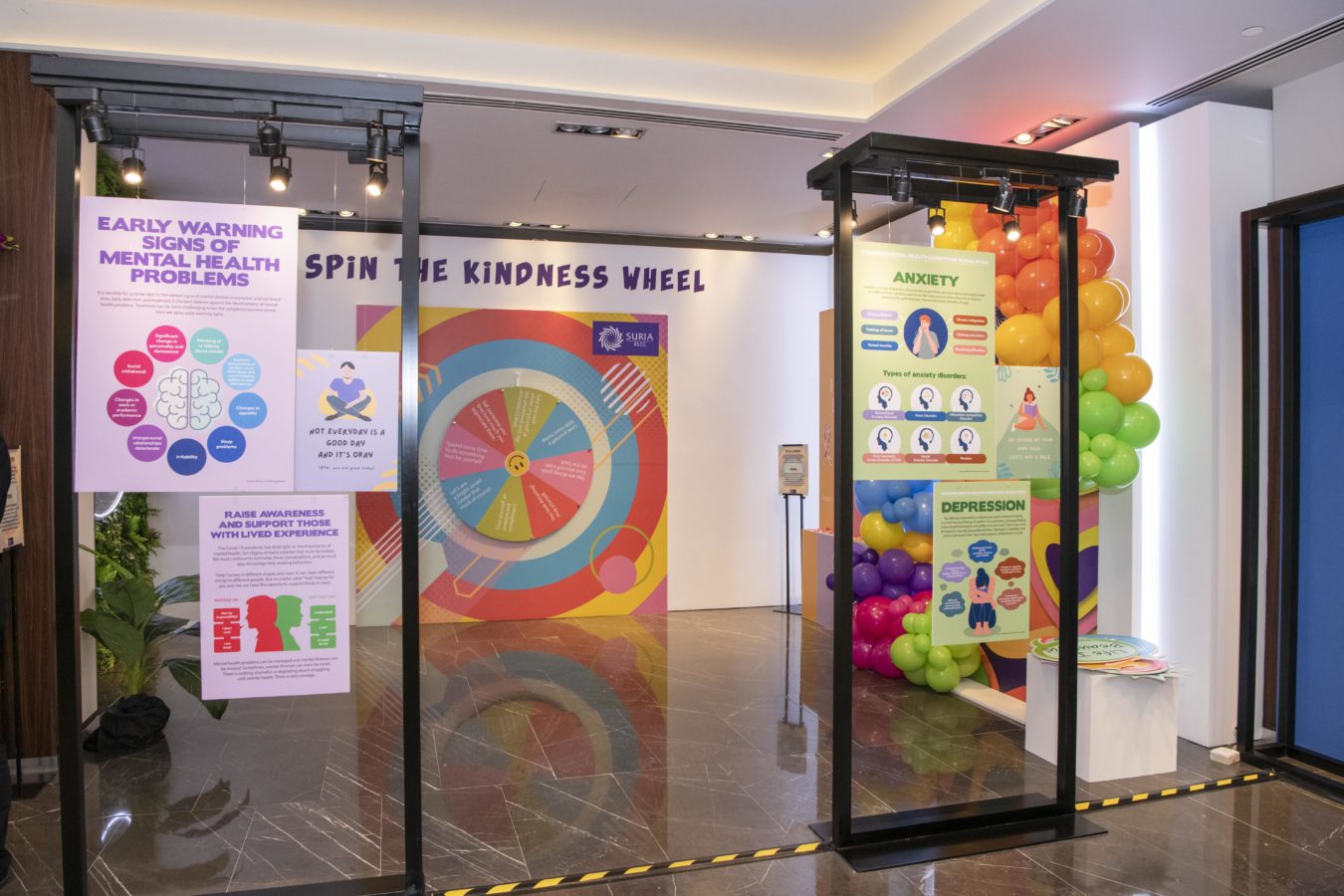 Building upon the World Mental Health Month in October, Suria KLCC aims to shed more light on how people can manage their psychological well-being.

The COVID-19 pandemic has had major effects on many lives, and one of the lasting effects includes stress, anxiety and various other problems on the public’s mental health. As Mental Health Month was recognised in October, the Suria KLCC Group — which also includes Alamanda Shopping Centre Putrajaya and Mesra Mall in Kemaman, Terengganu — aims to shed more light on how the public can manage their psychological well-being.

Suria KLCC is partnering with the Malaysian Mental Health Association, Befrienders KL, RELATE and the Green Ribbon Group as well as the Ministry of Health, as well as launching a fundraising initiative through the sale of ‘Suria Ribbon Pin’ — symbolising mental health awareness.

On top of partnering with several local mental health organisations, Suria KLCC has also launched ‘Safe Space’, a platform to promote engaging activities in relation to mental health. Andrew Brien, executive director of the Suria KLCC Group, underlines that Suria KLCC is the first mall in Malaysia to drive a mental health awareness campaign to such an extent.

“As we have always been promoting our malls as safe spaces for the public to visit at all times, using an outlet to educate them about the importance of mental health is a natural extension of what we want to do,” says Brien.

The Safe Space showcases the work of selected NGOs, where you can learn more about mental health in a welcoming atmosphere. Activities such as workshops, talks and panel discussions by professionals will also be held here to educate the public on mental health.

“We are grateful to see this initiative by the Suria KLCC Group take off as it addresses something so sorely needed during this pandemic, and our recovery thereafter,” expresses YAM Tengku Puteri Raja Tengku Puteri Iman Afzan Al-Sultan Abdullah, Green Ribbon Group Founder and President. “We must keep our conversations on mental health going. It’s important for people to know that it’s okay not to be okay.”

Filled with an educational gallery on mental health, its types, symptoms and ways to combat them, the welcoming Safe Space also acts as an exhibit of information such as background, statistics and lived experience stories. With this initiative, the public will be able to learn about the range of mental health services available in the country, as well as knowing when and where to seek help.

As part of fundraising to support mental health-related causes, Suria KLCC is selling its Suria Ribbon Pin at RM10 each.