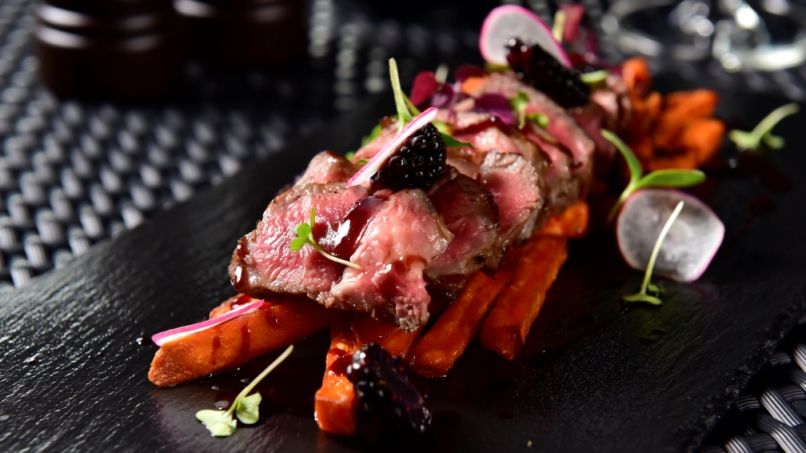 Before we move on with the goings-on from this week, here’s a little reminder to win yourself some ultra-fab prizes in conjunction with Kuala Lumpur Fashion Week Ready-To-Wear 2016. We’re giving away designer apparel from some of Malaysia’s biggest designers, Bobbi Brown lipsticks and full makeover, as well as a 3D/2N stay at a super-luxe hotel in the heart of KL City. Now let’s get down to business.

This week was foodie’s delight here at Lifestyle Asia KL because we got to taste some of the yummiest fare KL has to offer. Before you accuse us of gluttony, we have to say that we didn’t eat all this in one day (but we believe we could have). We started out with dinner at Le Noir KL that served up a myriad of reinvented classics like the tenderloin carpaccio, the snapper ceviche (as seen above) and even an interesting spin on a Malaysian favourite called the Nasi Lemak 360. There was an indulgent dim sum breakfast at Latest Recipe, and last but not least, a truly Malaysian lunch of Nasi Istimewa at Ben’s in Publika.

You’ve heard of fragrances being inspired by a mimosa or even a classic G&T, but Annick Goutal’s iconic citrus fragrances which have been reimagined into the Dolce Vita collection have inspired the bartenders at Marini’s on 57 to create a cocktail that takes you on a splendorous journey through Italy. Made from Absolut vodka, Campari, Cointreau, egg whites and a slice of fresh lemon, this refreshing cocktail is nly available until 31 August 2016.

Catch Heidi Gan (pic) and her fellow Malaysian Olympians make the country proud in their respective sports at Rio 2016. It’s been an insane nine days at the Games so far and we’re still glued to our televisions and mobile devices for instant updates on who’s making the nation proud. Our biggest achievement yet is Pandelela Rinong and Cheong Jun Hoong bringing home the silver medal in the synchronised 10m platform event (congrats, girls!). We can’t wait to see how the rest of the games turn out. Until then though, follow Heidi Gan, Pandelela Rinong, Cheong Jun Hoong and some of Malaysia’s other Olympians on Instagram to get a behind-the-scenes peek of what’s going down in Brazil.

We’ve reached a point in the world of fashion where style and dressing are no longer bound to the fashion rules of yesteryear. Cocktail dos no longer require tuxedos and floor-length gowns. We put together a list of 10 looks — five for him, five for her — that not only break the dated dress rules of cocktail parties, but they’re guaranteed to make you a style star in your own right. From velvet and burgundy-coloured jackets, to leather skirts and lady suits, this is your next shopping checklist.

The Dream Geisha cocktail is one of two cocktails (the other being Woodfire) created by bartender and mixologist Jeffri S. that is to be enjoyed together with a delicious degustation menu specially curated by master chef James Won. These cocktails as well as the degustation menu will be available until 31 August 2016 at Enfin by James Won.