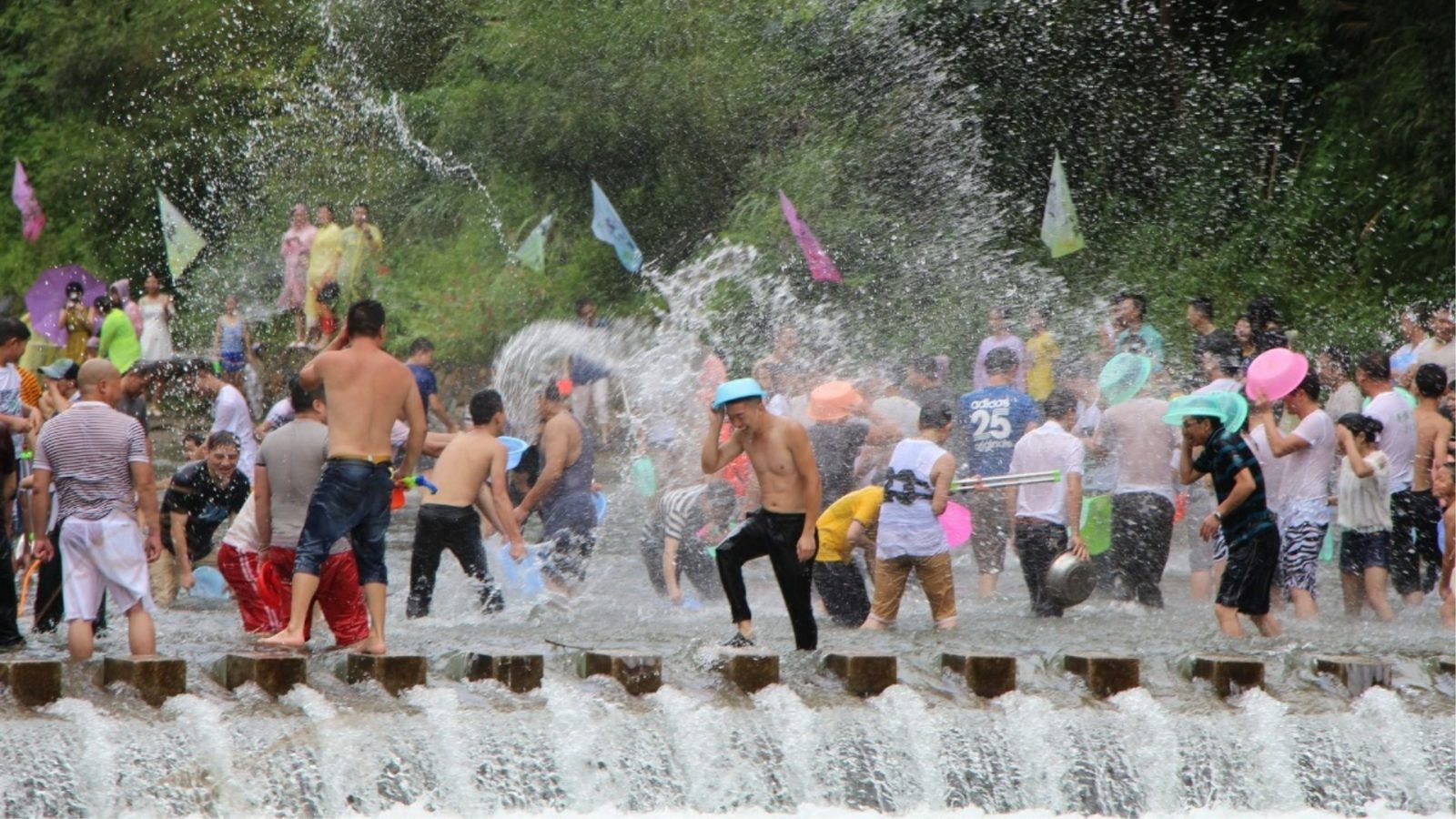 Where to celebrate Songkran in Thailand in normal times

Songkran or Thai New Year is celebrated from 13 to 15 April every year. This Lunar New Year is commemorated in various parts of South East Asia, but the festivities in Thailand are globally renowned for being extremely convivial.

The festival symbolises new beginnings, love, compassion and thankfulness and uses water as a means of spreading joy. During this New Year celebration, everyone — from children to their grandparents — can be seen enjoying and taking part in the events throughout Thailand.

The word Songkran is derived from Sanskrit. It means to move forward or change places. The traditional Thai New Year has its origin in the Indian festival of Makar Sankranti, which is the first festival according to the Brahmin solar cycle. It celebrates the sun’s transition and the end of winter. The first day of Songkran marks the movement of the sun from one sphere to the next and is celebrated as New Year in Thailand.

The first day of Songkran celebrations is known as Maha Songkran or Grand Songkran. It has also been announced as the Day of the Senior or Elderly by the Thai government where the elders of the family are celebrated and thanked for all they have done.

The second day of the festivities has been declared Family Day, which emphasises family reunions and the importance of celebrating together. The Thai government has made Songkran a public holiday, allowing those who do not live with their families to come home and celebrate together.

Emphasising family values and the importance of society, the festival brings people together. Another important aspect of Songkran is that, as a part of the festivities, people go to the local temples and offer food to monks.

Just like the New Year, which is celebrated every year at midnight on 31 December, Thai people also make resolutions.

Other than that, another main ritual of the festival is making sand pagodas. Devotees bring sand with them to the temple as a symbol of compensating for the sand that has been carried away by worshipers’ feet during their visits over the years. The sand is collected into piles on the temple grounds to build sand pagodas and decorated with colourful flags.

One of the most important traditional ceremonies observed during this auspicious time is Song Nam Phra, the washing of Buddha statues. Scented water is poured over the hands of the Buddha and sprinkled on his images to seek blessings. Younger members of the family pour water over the hands of the elders to show their respect while celebrating Songkran.

People deep clean their homes and temples to commence the new year. In some places, believers also release caged birds and fishes for good karma.

The most exciting part of the festival, however, is the water fights. In Thai, it is called Len năam, which translates into ‘play water.’ Everybody, except monks and the elderly, participates with fervour. Kids are seen carrying large water guns, using hose pipes and buckets to drench others. April serves as the perfect time for these city-wide water fights as temperatures soar during the month.

Other than these events, people take part in parades, pageants and many other contests to celebrate the national holiday.

The custom of playing with water on Songkran started with people only dipping their fingers in the scented water. Additionally, fragrant water is also used to wash Buddha statues, the hands of the elderly and playfully splash it onto others to show respect. Eventually, these ‘water blessings’ turned into mass water fights that are witnessed throughout the country, with each region hosting different activities during the festival.

In Bangkok, Silom Road and the backpacking heartland of Khao San Road are quite famous spots to take part in the festivities. Most of the celebrations are centred around Silom Road, with people gathering in large numbers to throw water at each other.

Many hotels in the area host pool parties with pumping music and performances for foreigners who might want to take part in a less boisterous manner.

Phuket’s Wat Pho and Saphan Hin Park are known for creating children-friendly alcohol-free zones where families can have a gala time.

Another go-to place for parties during the Songkran is Patong Beach in Phuket, Thailand’s largest island. However, if reaching Patong Beach seems too tedious for you, go to Phuket town or Katu where you can witness the celebrations, although they are not on such a grand scale as Wat Pho.

Hailed as one of the best places to celebrate Songkran, Chiang Mai sometimes hosts festivities that last a whole week.

The road that surrounds Chiang Mai’s old city turns into a water-fighting zone where people can be seen carrying water guns on foot and in open-roof vehicles like tuk-tuks and pickup trucks to throw water at others during the day. Live music events take place and food stalls by local shops are set up among other attractions.

Various smaller towns in northern Thailand also host celebrations, but they are not as festive as those in Chiang Mai. The Wan Lai Festival sees artists create impressive sand pagodas in the sand sculpture competition, which is a part of the celebrations on Bang Saen Beach in the Chonburi province.

The best places to celebrate Songkran festival are near water bodies, and there is no dearth of beaches in Thailand. Places like Koh Samui and Pattaya have various celebrations taking place all over the area.

Elephants are also an essential part of the celebrations in Ayutthaya. The gentle giants use their trunks to spray water on people, adding more fun to the celebrations that take place at the Viharn Phra Mongkolborpit.

Bangkok Phuket Songkran Thai New Year Places to celebrate songkran
Nishtha Grover
A travel fanatic who loves exploring new dishes and cultures only to later write about them. You will either find her reading, trying new skincare products or sleeping during her spare time. Also, loves rock music and cannot do without it.
Travel Food Entertainment Culture
Sign up for our newsletters to have the latest stories delivered straight to your inbox every week.

Art events to visit in KL throughout May 2022

MPO to light up May and June with music from Mendelssohn, Dvořák and Brahms