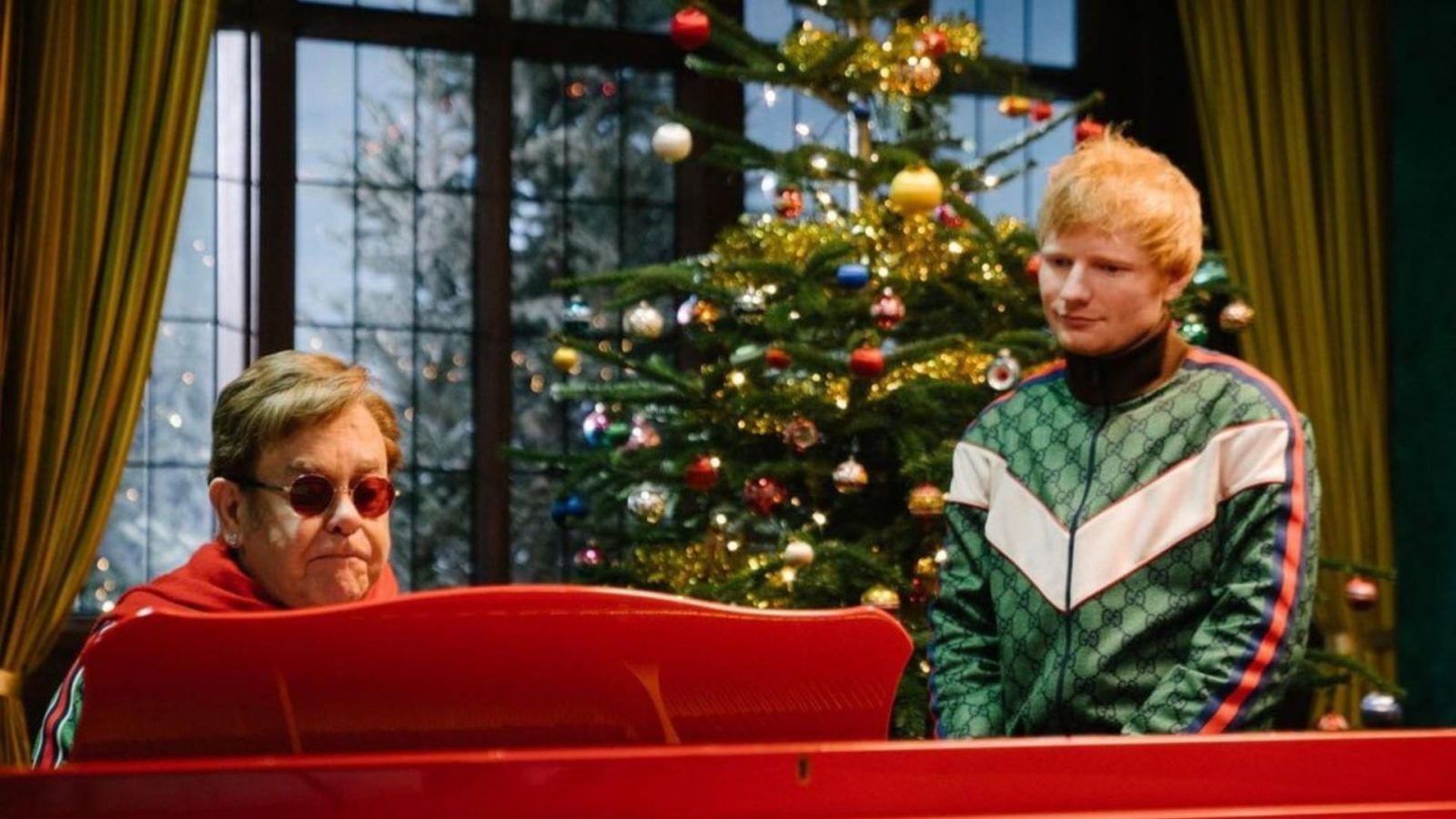 Ed Sheeran, Dua Lipa and other contemporary artists Elton John has collaborated with

Culture
Ed Sheeran, Dua Lipa and other contemporary artists Elton John has collaborated with
Share this article
Next article

Sir Elton John says in his autobiography, Me, “There’s really no point in asking what if? The only question worth asking is: what’s next?” Since the massive success of “Your Song” in 1970, John’s amazing legacy boasts selling 300 million records and releasing 30 albums that doesn’t include live albums or compilations. Additionally, he has also earned five Grammys, five Brit Awards, a Tony, an Academy Award and a Golden Globe.

More so, he has given wonderful opportunities to contemporary artists, such as Ed Sheeran and Dua Lipa, to learn from his showmanship and far-out style.

John recorded an album with over 20 collaborators in the covid-19 pandemic (2021). Some of the artists that featured in The Lockdown Sessions include Lil Nas X, Charlie Puth, Stevie Wonder, Stevie Nicks and Rina Sawayama.

Even Dua Lipa teamed up with the much loved singer-composer in this album. She rendered vocals for “Cold Heart” which was remixed by PNAU.

This clearly made history as the song topped the UK Charts and stayed there for 29 weeks. The icon also made his return to Top 40 Hot 100 hits by setting the prestigious record for the longest span of 50 years and 10 months.

John also teamed up with Ed Sheeran and released this festive single in 2021. The official video of “Merry Christmas” sees the duo pay homage to many Christmas classics, such as Wham!’s “Last Christmas”, East 17’s “Stay Another Day”, Wizzard’s “I Wish It Could be Christmas Everyday”, “Merry Christmas Everyone” by Shakin’ Stevens and Bing Crosby & David Bowie’s “Peace on Earth/Little Drummer Boy”.

Royalties and profits from “Merry Christmas” were donated equally between Suffolk Music Foundation and The Elton John AIDS Foundation.

With Nicky Minaj –“Always Love You”

John also worked with Nicky Minaj in The Lockdown Sessions album in 2021. He said recording “Always Love You” with Nicki Minaj was on his ‘bucket list’. Meanwhile, Young Thug also contributed as a rapper in the song.

A rap song with a hint of a melody, this interesting number should definitely be on your playlist once.

With Lady Gaga –“Sine From Above”

Lady Gaga and John first came together to perform a mashup of their favourite hits at the 2010 Grammy Awards.

After that, they collaborated in “Sine From Above” from Gaga’s Chromatica in 2020, in which the spectacular artists inclined to their favourites – disco and electronica, to produce a wild, dramatic dance-pop song.

The exhilarating soundtrack is a must listen, for John’s incredible bass infused with Gaga’s impressive high notes.

John has done numerous Grammy duets over the course of the 2000s. In 2018, he did a live performance with Miley Cyrus on his iconic 1971 song “Tiny Dancer”.

The pair were well-tuned and all smiles when they sang the emotional pop ballad. Cyrus added an aspect of her signature raspy twang along with a slight Southern vocal tone for the song’s second verse.

The live performance is also remembered for a white rose in John’s piano that signified his support for the Time’s Up movement, a movement initiated by 300 prominent women of Hollywood in 2018 itself to fight against sexual harrasment and other workplace issues such as equality and fairness.

With Charlie Puth – “After All”

Adding to the list of contemporary duets, John and Charlie Puth performed their new track “After All” in Global Citizen Live in 2021. While fans definitely loved the sincere and real act, the two artists appreciated each other’s first collaboration on Instagram.

John wrote, “Watch Charlie and I perform ‘After All’ live for the first time at this year’s Global Citizen in Paris. Now on YouTube. Thank you so much for all the love for the track so far.” He also expressed, “It was such a joy to perform it with Charlie in front of such an incredible crowd.”

This live duet performance got included as a track in The Lockdown Sessions.

It was surreal to see John singing Bareilles’ composition. And it was she who was on the piano and not him.

Bareilles had penned the lyrics of “Gravity” when she was 18. While John hit those high notes with ease, the delightful act by the talented duo etched its name in John’s songbook.

R&B singer Olly Alexander of Years & Years performed live with John on their rendition “It’s a Sin” at the 2021 BRIT Awards.

While John played the piano in the beginning, Alexander began singing the Pet Shop Boys’ song sitting on top of John’s piano. But eventually the entire stage came alive with lights, background dancers and confetti when John also sang along.

The official video of the performance was then released on John’s YouTube channel ‘in support of Elton John AIDS Foundation.’

Elton John Ed Sheeran Lady Gaga Dua Lipa Nicky Minaj
Moyena Parikh
Moyena loves exploring personal development and spirituality. She believes in the power of words. She is also passionate about food, dancing, finance, and her family.
Lifestyle Culture Entertainment Wellness
Sign up for our newsletters to have the latest stories delivered straight to your inbox every week.