Home > Culture > Music > Watch: HoYeon Jung’s music video debut with The Weeknd in “Out of Time” 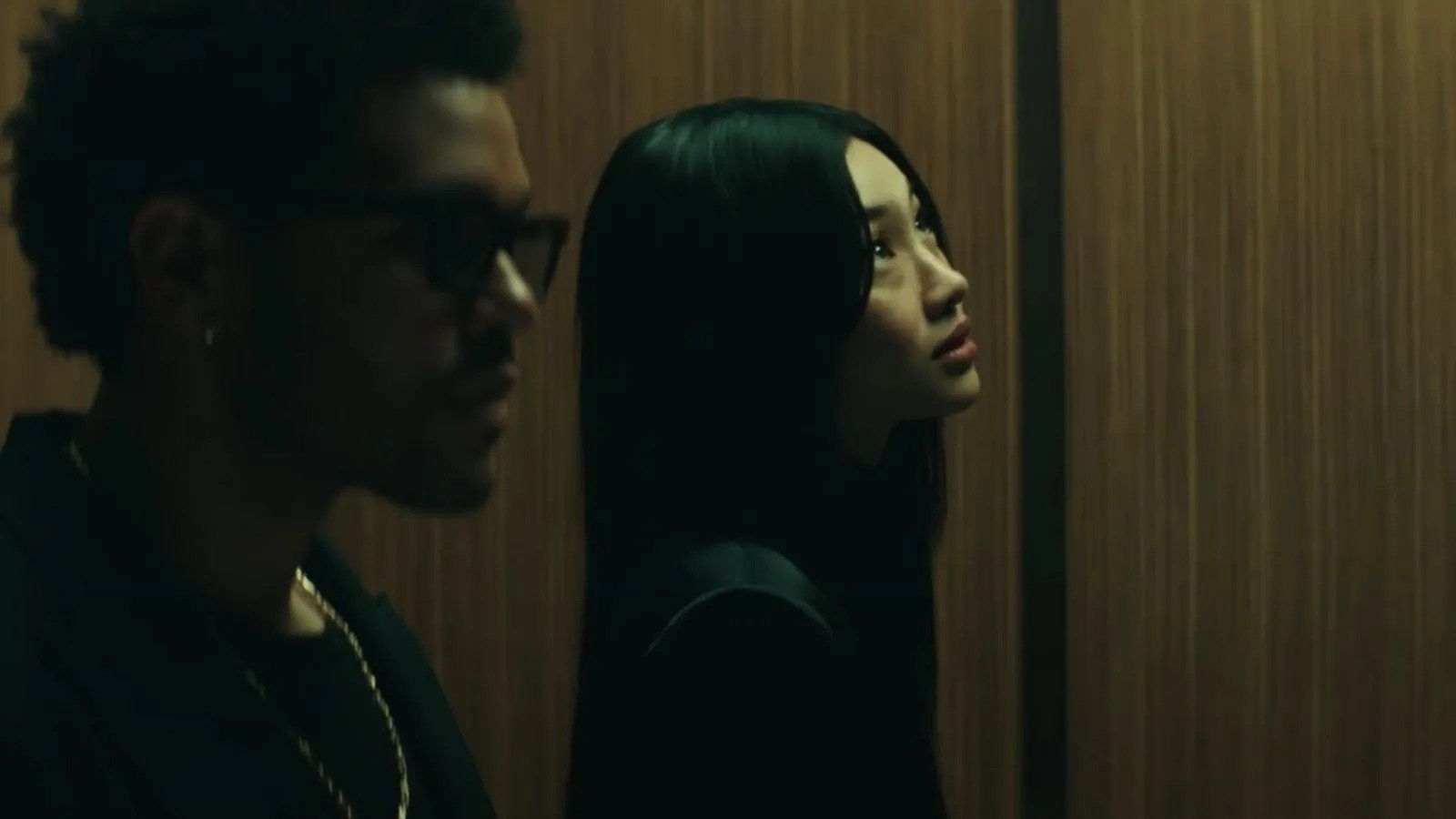 Watch: HoYeon Jung’s music video debut with The Weeknd in “Out of Time”

Culture
Watch: HoYeon Jung’s music video debut with The Weeknd in “Out of Time”
Share this article
Next article

With nods to Lost in Translation, Squid Game star HoYeon and the Dawn FM artist hit the bar for some “Out of Time” karaoke — before Jim Carrey appears.

The Weeknd has dropped the visuals for his latest single “Out of Time”, featuring none other than Squid Game star HoYeon Jung (or is it just HoYeon now?) as she continues her global takeover of pop culture.

“Out of Time” comes with more than a few nods to Sofia Coppola’s 2003 film, Lost in Translation — the two strangers kindle a frenetic near-romance involving an elevator, a hotel bar and a karaoke machine, the last of which becomes an outlet to belt out the song’s lyrics, microphones in tow, all over the hotel. Clever.

It looks like things are going well for The Weeknd, before, as they tend to in Abel Tesfaye’s videos, things take a strange and unsettling turn at the very end. As the camera pans around a cold, white hospital room, legendary actor and funnyman Jim Carrey makes his cameo as a doctor, presenting a new face (literally) to the Dawn FM artist.

“Soon you’ll be healed, forgiven, and refreshed, free from all trauma, pain, guilt, and shame,” says Carrey. You’ll just have to watch.

Music The Weeknd Music Video lost in translation New Music Hong Kong Music Videos HoYeon Jung lsamusic
You might also like ...
Culture
8 new albums we can’t wait to hear in April 2022
Culture
Watch: BIGBANG releases comeback single and music video, “Still Life”
Culture
6 new movies and shows to watch on Netflix, HBO and BBC in April 2022
Culture
Here’s where you can watch the 2022 Oscar-nominated movies on the Internet
Nathan Erickson
Editor-in-Chief
Made in Seoul and based in Hong Kong, Nathan has covered food, fashion and music from New York to Paris to Oaxaca. He enjoys street photography, buying too many hooded sweatshirts and he'll never turn down a tequila soda. Catch him on weekends hiking trails all over Hong Kong in hopes of finding his idol, Chow Yun-fat.
Sign up for our newsletters to have the latest stories delivered straight to your inbox every week.